An NFT of Mandela's arrest warrant just sold of million...

It sounds too good to be true, but someone paid good money to ensure digital ownership of the original arrest warrant, while the paper copy remains securely stored in a vault. This is the new world of high-value digital tokens.

The heavily indebted Liliesleaf Farm and Museum, one of South Africa’s foremost national heritage sites, may be able to keep its doors open, thanks to the remarkable auction of Nelson Mandela’s arrest warrant. Or, to be more precise, the auction of a non-fungible token (NFT) of the arrest warrant.

The NFT, which had a reserve price of R1.5-million was sold for R1.9-million at an auction at The Grand Cafe & Beach in Cape Town on Saturday night. The auction was hosted by Momint, a UK-registered, but Africa-focused company that provides a social marketplace for NFTs. The company was founded by entrepreneur Rob Hersov.

The winning buyer, who prefers not to be named at this stage, will not own the original, actual arrest warrant, which remains the property of the museum. They will not even own a certified copy of the warrant. However, they will own the digital rights to a piece of history that will only appreciate in time.

To understand exactly what the unnamed buyer has acquired, it’s worth understanding what NFTs are. Non-fungible refers to something that is unique and cannot be replaced with something else.

As The Verge explains so eloquently, a bitcoin is fungible — trade one for another bitcoin, and you’ll have exactly the same thing. A one-of-a-kind trading card, however, is non-fungible. If you traded it for a different card, you’d have something completely different. Thus an NFT is a digital asset that represents real-world objects like art, music, in-game items, and videos. They are often bought and sold online. NFTs are also generally one of a kind, or at least one of a very limited run, and have unique identifying codes. In this case, the arrest warrant NFT is the first of its kind. It has been expertly scanned and modelled by the team at blockchain company Virtual Nation Builders. It is also the first official heritage NFT ever created in South Africa.

The first buyer of this NFT will be entitled to 5% of any subsequent sale in perpetuity. The NFT has verifiable scarcity and ownership that cannot be manipulated.

The NFT will also grant the owner the exclusive right to view the original, which remains in safekeeping in a vault at Liliesleaf National Heritage Museum. It’s akin to having digital bragging rights. 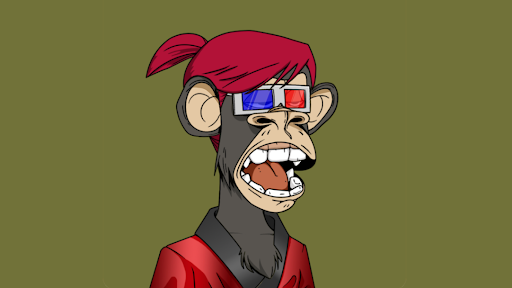 In the world of NFTs, there is arguably no single project that has made as big a wave in the world of crypto as the Bored Ape Yacht Club. This collection of 10,000 procedurally-generated primates has set the bar for what a globally successful NFT project can look like, and has captured the interest of NFT collectors and celebrities alike.

Some of the biggest names in Hollywood have bought into this club, including Justin Bieber, Jimmy Fallon, Kevin Hart, Snoop Dogg, Mark Cuban, and Shaquille O’Neal. Bored Ape #5981’s name is ‘Hugh Apener’ (pictured above). He was owned by Metavest Capital, an NFT gaming-focused consultancy, which agreed to put it up for auction.

Fight Back SA, a registered NPO focused on the empowerment of women and children living in crime-ridden areas within South Africa, also sold the first of ten NFT’s that they plan to mint.

Creating an NFT is called ‘minting’. During the minting process, the digital asset is ‘fingerprinted’ and stored on the blockchain, a ledger that stores every NFT that has ever been created on it. Another way to think about a blockchain is just an open, transparent and ultra-reliable bank. NFTs are assets stored by this bank. This bank follows all the same procedures as you’d expect from a normal bank to protect your assets from theft or fraud, making sure that the rightful owner remains so.

Fight Back aims to provide free self-defence classes, enabling young women and children to defend themselves in vulnerable situations.

Only 10 will be minted over the course of the next 10 years, one per year. The NFT owner sponsors an entire province to get a Fight Back SA team, and aside from the token, gets a full day of shooting experience for them, and 10 friends as well as receiving a free online self-defence course. This NFT can be sold or transferred with the benefits only including the Shooting Experience only once a year.

As otherworldy as NFTs may seem, Momint is committed to making the NFT space more inclusive for South Africans — from artists to charities. Through this platform, artists can release their work globally, build a following, and earn royalties in perpetuity.

Other lots saw the buyer receive more than the NFT, which can be bought and sold. In the case of Tertius van Dijk, where an NFT of his surreal picture of Stonehenge was sold for R65 000, the buyer also received a signed print of the artwork. 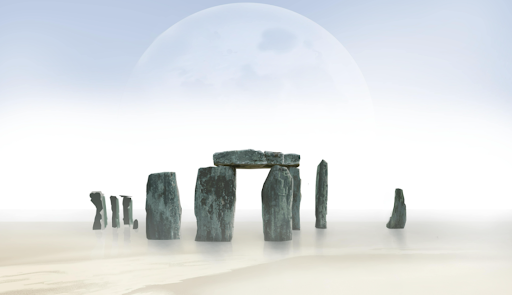