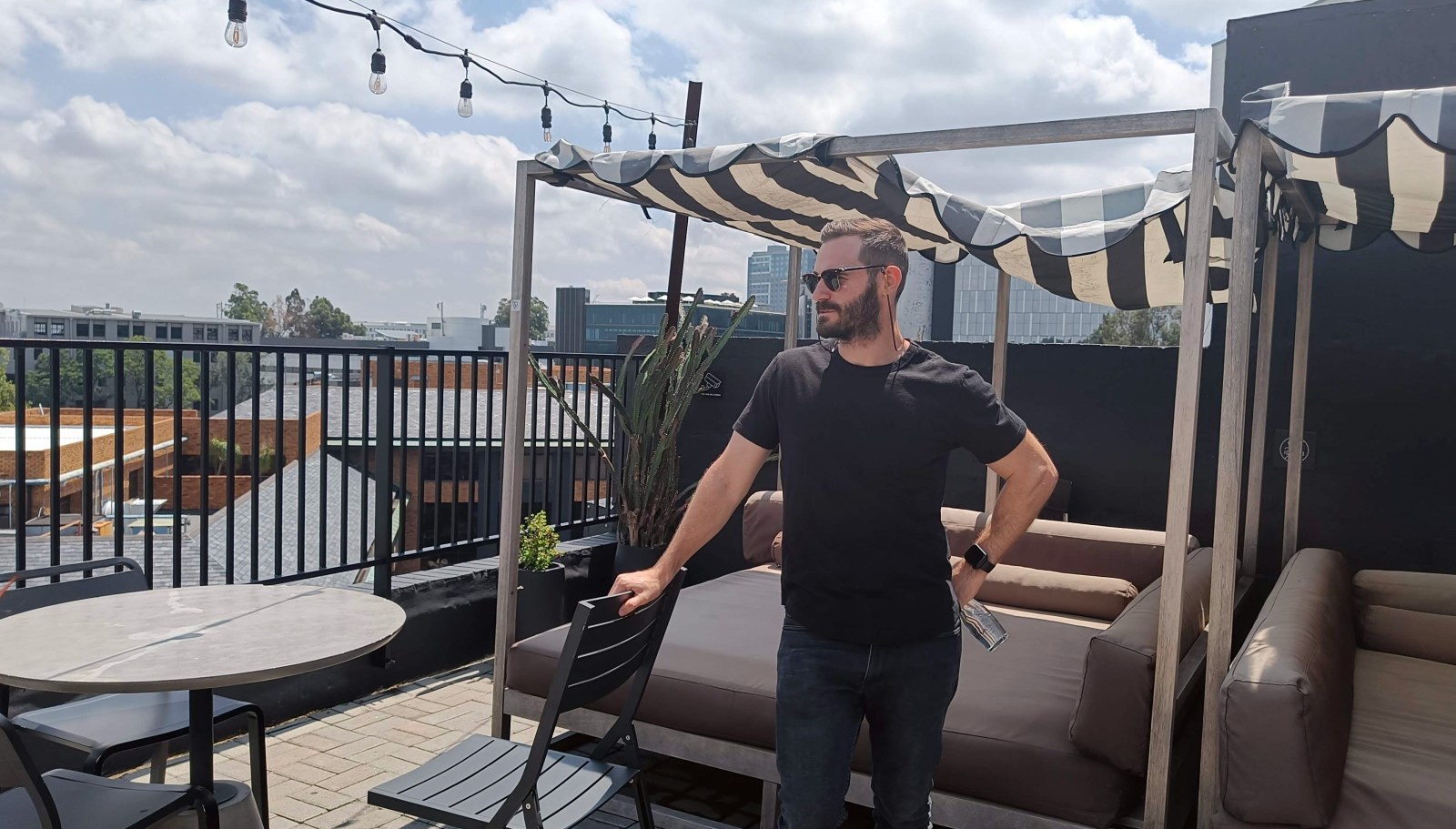 Founder and MD of BlackBrick, Moritz Wellensiek, stands on the rooftop of one of their multipurpose developments. (Photo: Supplied)

BlackBrick’s redevelopments address some of the frustrations created by the Covid pandemic.

The old saying “don’t put all your eggs in one basket” is exactly what some property developers, such as BlackBrick, are trying to prove wrong by combining living, working and entertainment spaces as their main value proposition.

Imagine a day starting with a session in a gym, breakfast in a coffee shop and then a quick shower at home before working in various board rooms, seeing the sunset from the rooftop bar, and then attending a speech by an expert, before heading to bed. And all of this is happening under the same roof.

This kind of day is typical for Moritz Wellensiek, the founder and MD of BlackBrick, which redevelops office buildings previously owned by the likes of SAB into spaces for combined living, including hotel rooms.

“My personal perspective is that there’s no such thing as work-life balance, really, in the traditional definition,” says Wellensiek. “The thing that I believe is it’s best to integrate and accept them as two things that have to work in symbiosis. And so this work-life integration means that, within one space, you need to be able to transition between these different states.”

Wellensiek says this is where the trends are going, towards a more “rentalised economy” where flexibility of location and financial freedom is key.

The Sandton and Cape Town sites are open, and seven more are in various stages of development. BlackBrick offers a variety of membership and owner options, including buying a flat and submitting it into the pool of hotel rooms.

Wellensiek says the Sandton property is about 85% owned by investors who do not live in the development.

Management consultant Zola Ntolosi has been a resident of BlackBrick Sandton 1 for two years and runs his business from the premises. He says, although living there was originally more of a functional choice because the location is very central, the sense of community and networking elevates this experience and he does in fact use the array of amenities regularly.

From a financial point of view, he also says it makes sense, particularly in terms of cutting down on travel costs and having various facilities in-house. “The financial benefits are linked to the convenience and that you can have serious business meetings where you stay.”

BlackBrick launched during the Covid-19 pandemic, which affected the hospitality industry dramatically. Wellensiek admits that this did affect the group’s hotel occupancies and rates, but says its overall model actually addresses some of the difficulties created by the pandemic.

“Covid created this frustration, of being trapped, and the product we’re actually selling is freedom. We create these places where people can flow, and have everything they need, and be supported in the community and that ultimately creates freedom to do whatever it is that you want to do with your life.”

Wellensiek says redevelopment allows for large office spaces that may not be used fully in the current climate to be used more. This is cheaper than building from the ground up, but at times requires amendments or full rezoning of properties.

Though current credit risk policies apply to such developments, Khumalo says the bank would consider expanding to a tailored product offering if the demand increases.

“Our view is that these developments do not necessarily depart from the existing legal framework that is already established. Lenders will still require the traditional security packages when lending against an immovable property, i.e. mortgage bonds,” she says. DM168