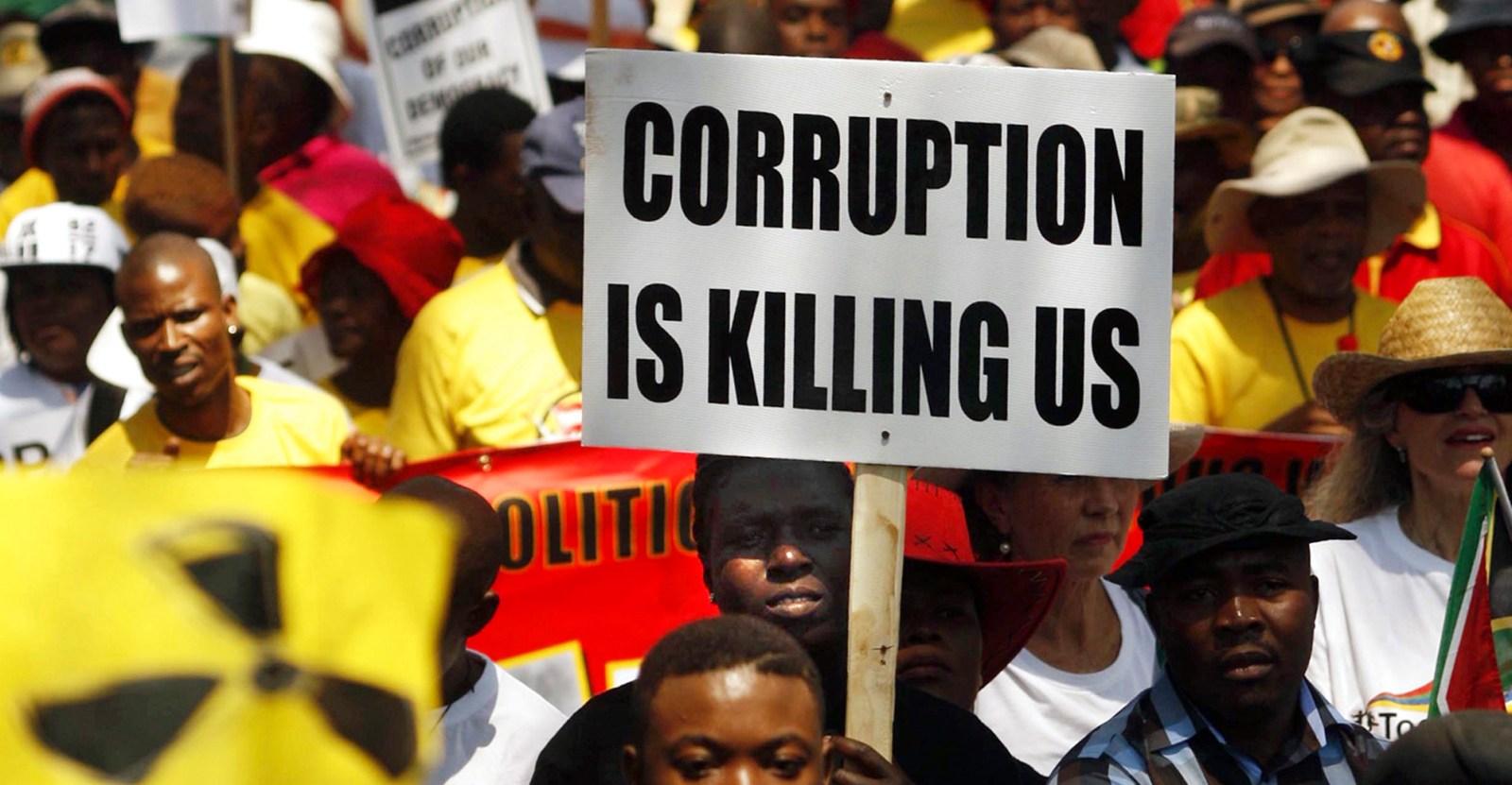 At an estimated R27-billion a year, the cost of corruption equates to about 10% of the country’s total budget for health in 2022. With procurement understood to be a government’s single greatest corruption risk, health contracts are especially vulnerable. This is why reform related to safeguarding public procurement and resources is now beyond urgent, argues Zukiswa Kota.

Much has been said about this “moment” in South Africa’s socio-political environment. And while much of it has rightly centred on efforts to recover from Covid-related corruption and State Capture thieving, more must be said — and done — to achieve the longer-term changes required for such recovery.

Open government reform is key to tackling corruption and capture.

The clandestine nature of corruption makes it nearly impossible to accurately quantify losses to the state. However, at an estimated R27-billion per year, the cost of corruption equates to about 10% of the country’s total budget for health in 2022. With procurement understood to be a government’s single greatest corruption risk, health contracts are especially vulnerable.

In South Africa’s case, this constitutes a direct threat to closing the yawning chasm in universal healthcare and equity. With an estimated 87.7% of children and 84.7% of the total population having no private medical aid cover and depending on an ailing public health system, the risk is serious.

The potential for “clean” procurement to contribute to the realisation of universal healthcare is severely undermined in a multitude of ways (including in less obvious ways such as in the abuse of preferential procurement policy). While issues like shortages of medicines can result from a wide array of factors such as delayed tenders, late payment to suppliers and poor contract management by health departments, it creates breaches in people’s access to vital care. Recurring drug stock-outs in public health facilities underscore the need to ensure an open, transparent procurement system.

The same can be said for Covid-19 vaccine contracts.

Various organisations have advocated for the government to introduce open contracting to counter malfeasance and the derailing of public procurement processes. The Health Justice Initiative, for instance, has approached the courts to compel government departments to publish Covid-19 vaccine contracts.

Clearly, reform related to safeguarding public procurement and resources is now beyond urgent. Since 2018, there have been some important interventions, including key appointments to state-owned enterprise (SOE) boards and the National Prosecuting Authority (NPA). Interventions to strengthen criminal justice institutions and bolster prosecution authorities must also be met with steps to prosecute those implicated in corrupt activities.

Currently receiving public attention are the recommendations emanating from the Judicial Commission of Inquiry into State Capture, Corruption, and Fraud in the Public Sector that make explicit reference to public procurement. Another is the release for public comment (in 2020) of the draft Public Procurement Bill by the National Treasury. A third is the tabling of the National Health Insurance (NHI) Bill. Many of the public submissions on the NHI Bill decried the dire impacts and risks of procurement corruption in the health sector. Finally, open government and clean governance commitments made by the Presidency via the African Peer Review Mechanism and Open Government Partnership are worth some attention.

A social and environmental justice imperative

It is not unreasonable, then, to expect the minister of finance and the President, in their budget speeches and in State of the Nation Address (Sona) respectively, to articulate how the government intends to address massively compromised, opaque procurement governance environments.

But this was not quite the case.

There were some encouraging signals in the Sona and Budget 2022 for plans to bolster state capacity and anti-corruption interventions. This includes the allocation of R426-million to the investigating directorate in the NPA and the Financial Intelligence Centre to support the investigation and prosecution of criminal cases emanating from the State Capture Commission. Of concern, though, is that some of these funds (R262.1-million) will be euphemistically “re-prioritised” from existing budgets.

However, given deep-seated corruption involving webs of private and state players, the Presidency and Treasury’s seeming lack of urgency to implement critical reform is worrying. A range of civic actors forming the Procurement Reform Working Group has raised concern, for instance, about the government’s lax approach to procurement reform and anti-corruption interventions.

Among the proposals made in the NHI Bill is for procurement of health sector goods and services to be more centralised. The Draft Procurement Bill also aims to“create a single regulatory framework for public procurement and eliminate fragmentation in laws which deal with procurement in the public sector”.

Centralising procurement can have significant benefits, including substantial cost savings. In a 2016 supply chain management review, the Treasury outlined a range of benefits including the elimination of unnecessary duplication, the reduction of leakages, better utilisation of scarce procurement skills and the reduction of administrative burdens on officials. A particular emphasis was placed on the need to ensure that officials “refocus” their efforts on actual contract management. This is particularly important.

The Special Investigating Unit (SIU) report relating to misappropriated millions in the Digital Vibes contract highlighted weaknesses in the Department of Health’s project and contract management.

So, the benefits of centralisation are only likely to be reaped under specific conditions that will require extensive strengthening and capacitation, not only of the health sector, but of the public service more broadly.

This objective is not a clearly budgeted-for priority. In the short- to medium-term, there is value in implementing more e-government and open data platforms to support health procurement. In the context of the NHI, aligning tender data with the Office of the Chief Procurement Officer’s e-tender portals and central supplier databases to ensure access and centralisation of data using uniform open data standards can be an important safeguard using existing platforms.

Both the NHI and Procurement Bills should respond to the Open Government Partnership (OGP) and African Peer Review Mechanism (APRM) commitments to transparency. Both the OGP and APRM involve international and regional agreements signed by the government to foster multi stakeholder collaboration and accountability to improve governance and deepen democracy. This is particularly important for the publication of fiscal and procurement data.

In the 2020/21 and 2021/22 financial years, R10.1-billion was allocated for the roll-out of Covid-19 vaccinations. In the current financial year, the Health Department has been allocated R4-billion to purchase and administer vaccines with provisional funds set aside. Worryingly, however, there has been no public disclosure of the details of the related contracts despite the vulnerability of this sector.

On 14 March, the President shared reflections on the achievements of the Special Tribunal of the SIU which he established. The SIU Tribunal has reportedly recovered an estimated R8.6-billion from unlawful contracts and — in recent weeks — set aside more than R100-million in irregular and unlawful contracts in Covid-related procurement. Ramaphosa’s emphasis on the need not only to see prosecutions, but to recover funds is significant.

The President will be announcing his Cabinet’s response to the State Capture Commission findings in June 2022. Here’s to a detailed, fully resourced plan that recognises the dire urgency of this “moment” in South Africa’s history. DM168

Zukiswa Kota is head of monitoring and advocacy at the Public Service Accountability Monitor at Rhodes University.