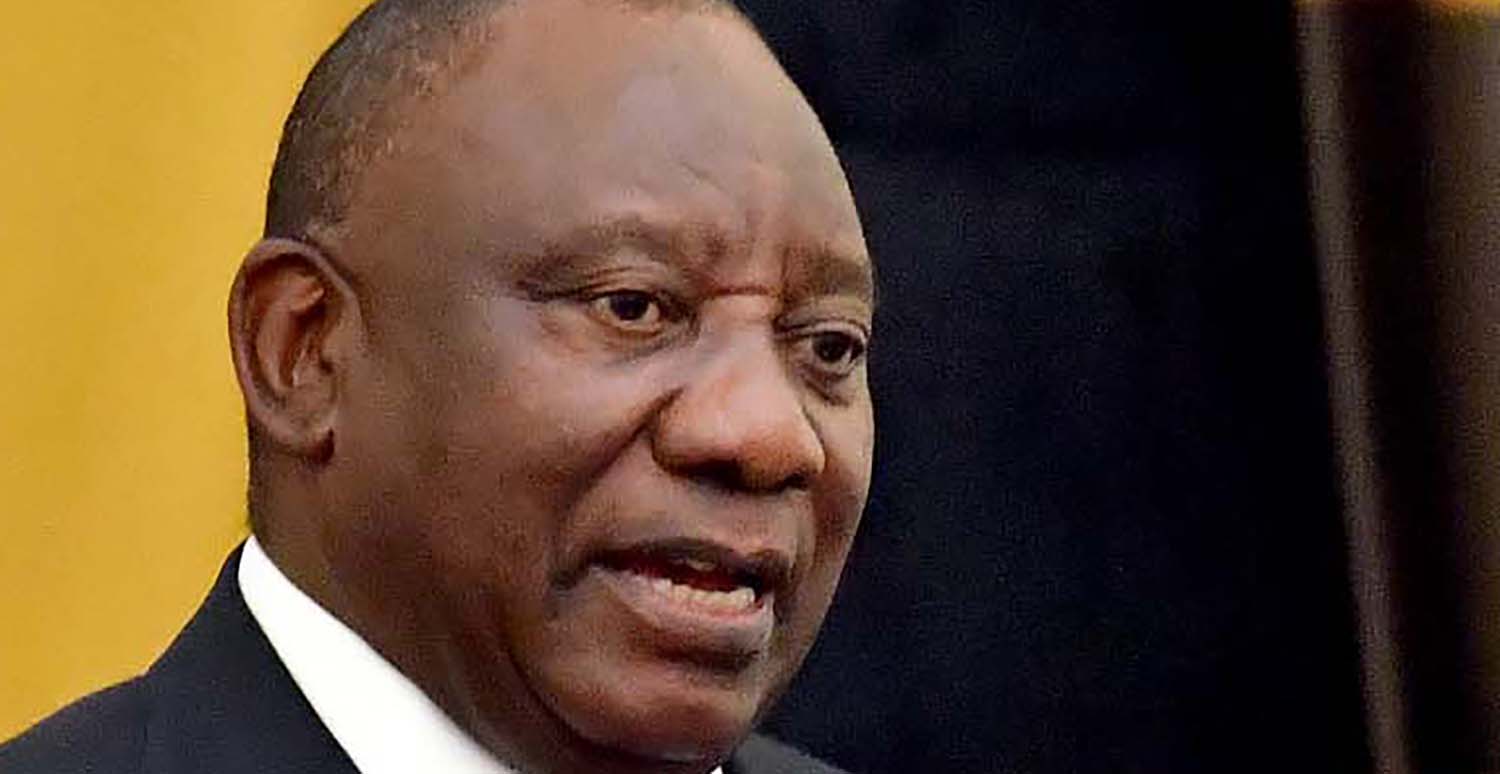 Internal party moves are helping to strengthen the president’s position.

Billed at the last such gathering in 2017 as an effort to rid the party of corrupt leaders, Ramaphosa’s detractors, such as suspended ANC Secretary-General Ace Magashule, have described the renewal drive as a purge.

For Ramaphosa, however, it has grown into a legacy project.

At the party’s birthday rally in Polokwane on 8 January this year, he announced that an ANC Renewal Commission would be set up “to provide sharper focus to the renewal and rebuilding of the movement”. This commission will be tasked with developing a roadmap for the ANC towards its 120th anniversary in 2032.

It was to have been established by the end of January, but disagreements over those supposed to serve on it meant that the commission is only expected to be finalised by the national executive committee (NEC) at its meeting on 25 March.

The commission could also morph into a mechanism that would see Ramaphosa’s position in the party strengthened. Although most in the party acknowledge that Ramaphosa is likely to be re-elected without a challenge, his backers fear that the new NEC could be loaded with detractors, as happened in 2017 when the vote was split almost down the middle.

The Mail & Guardian reported on 1 March that a document elaborating on the commission’s mandate stated that the commission “would engage branches and analyse the state of the party’s organisational structures, cadre development, political education and policymaking capacity”.

It also reported that there has been unhappiness over former president Thabo Mbeki being left off the list of elders advising the commission whereas relatively young leaders, who may still harbour political ambitions, were included in the list. Agriculture Minister Thoko Didiza, Cosatu president Zingiswa Losi and board member of the party’s OR Tambo School of Leadership Mahlengi Bhengu were mentioned as possible members of the commission. The disbandment of a number of ANC leadership structures in the past few months because their terms have expired has helped weaken Ramaphosa’s detractors.

Both the Umkhonto weSizwe Military Veterans’ Association (MKMVA), which has been supporting former president Jacob Zuma and which has been among those who supported the violent riots and looting in July last year following his imprisonment, and the MK Council, formed as counterbalance to the MKMVA, were disbanded last year ahead of an envisaged “unity conference” by year-end.

A presidential task team appointed by Ramaphosa and with Deputy President David Mabuza as its head has been vetting the growing number of people who have been claiming that they are MK veterans and, as such, are entitled to special housing benefits and grants.

But some have been granted membership fraudulently to claim these benefits or for political purposes, so the vetting process has been billed as part of the ANC’s renewal.

It has, among others, disqualified former MKMVA spokesperson Carl Niehaus, who was found never to have received military training. Niehaus has strongly objected to this finding, saying it’s wrong.

The Department of Defence’s Cornelius Monama, however, said the verification criteria would not be changed “to address individual cases”. He said: “Since the beginning of March 2022, 138 military veterans had been confirmed as bona fide members” of either MK and/or the Azanian People’s Liberation Army. It is unclear how many members still remain to be vetted.

The ANC Women’s League (ANCWL) leadership, too, could be dissolved soon on the grounds that its five-year term ended in 2020 already, according to a statement by the ANC’s national working committee (NWC) following its meeting on 14 March.

No mention was made in the statement of the perjury conviction last week of the league’s president, Bathabile Dlamini, which some have argued should have seen her stepping aside from party leadership positions.

Dlamini earlier told DM168 the league’s conference “has to happen this year”. She claims the league was ready to go to conference early in 2020, but this had to be postponed because of the Covid-19 lockdown.

“We had already set up committees. When the shutdown came, the provinces were here for the auditing of membership,” she said.

“The machinery had already started moving, so we have no option [but to go to conference now].”

A task team headed by Defence Minister Thandi Modise, who was ANCWL deputy president from 1994 to 2004, was established this week to “consider the status of the ANCWL and to make recommendations to the NEC in this regard”.

The future of the ANCWL will likely be discussed at the committee’s meeting next weekend.

Should its leadership be disbanded, it could mean a blow to the presidential aspirations of Tourism Minister Lindiwe Sisulu, who has been working to establish a support base for herself in the league.

The disbandment of the ANC’s provincial leadership structures, also with renewal as the aim, could work in Ramaphosa’s favour as well. For example, the Mpumalanga leadership was most recently replaced by a task team. It has been without a provincial chairperson since Mabuza left to become part of the party’s top six in 2017.

Ramaphosa visited the province earlier this month, where provincial task team convener Mandla Ndlovu controversially endorsed him for a second term. Insiders say the appointment of a task team has weakened Mabuza’s grip on the province, which is supposed to be his stronghold. This could seriously affect him – unless his bid for a second term is endorsed by Ramaphosa.

None of the party’s national officials accompanied Ramaphosa on his recent visit, but Gwen Ramokgopa, the NEC’s deployee to the province, was there.

Ramokgopa’s appointment to the secretary-general’s office was confirmed this week to fill the vacancy left by Magashule and Deputy Secretary-General Jessie Duarte, who has been on sick leave since December.

The NWC diplomatically described her appointment, which was opposed by Ramaphosa’s detractors, as “reinforcing the Treasurer-General, Comrade Paul Mashatile, as he assists the DSG in conducting the work of the Secretary-General’s Office”.

Ramokgopa was co-opted into the NWC a year ago, after the appointment of Nomaindia Mfeketo as ambassador to the United States left a vacancy.

Ramokgopa was voted in over Public Service and Administration Minister Ayanda Dlodlo, who is set to leave for the US soon, too, when she takes up a position at the World Bank in Washington, DC, the Sunday Times reported this week.

Dlodlo, who was previously in the Zuma camp, was state security minister at the time of the July riots, which was partially blamed on a failure in intelligence. DM168 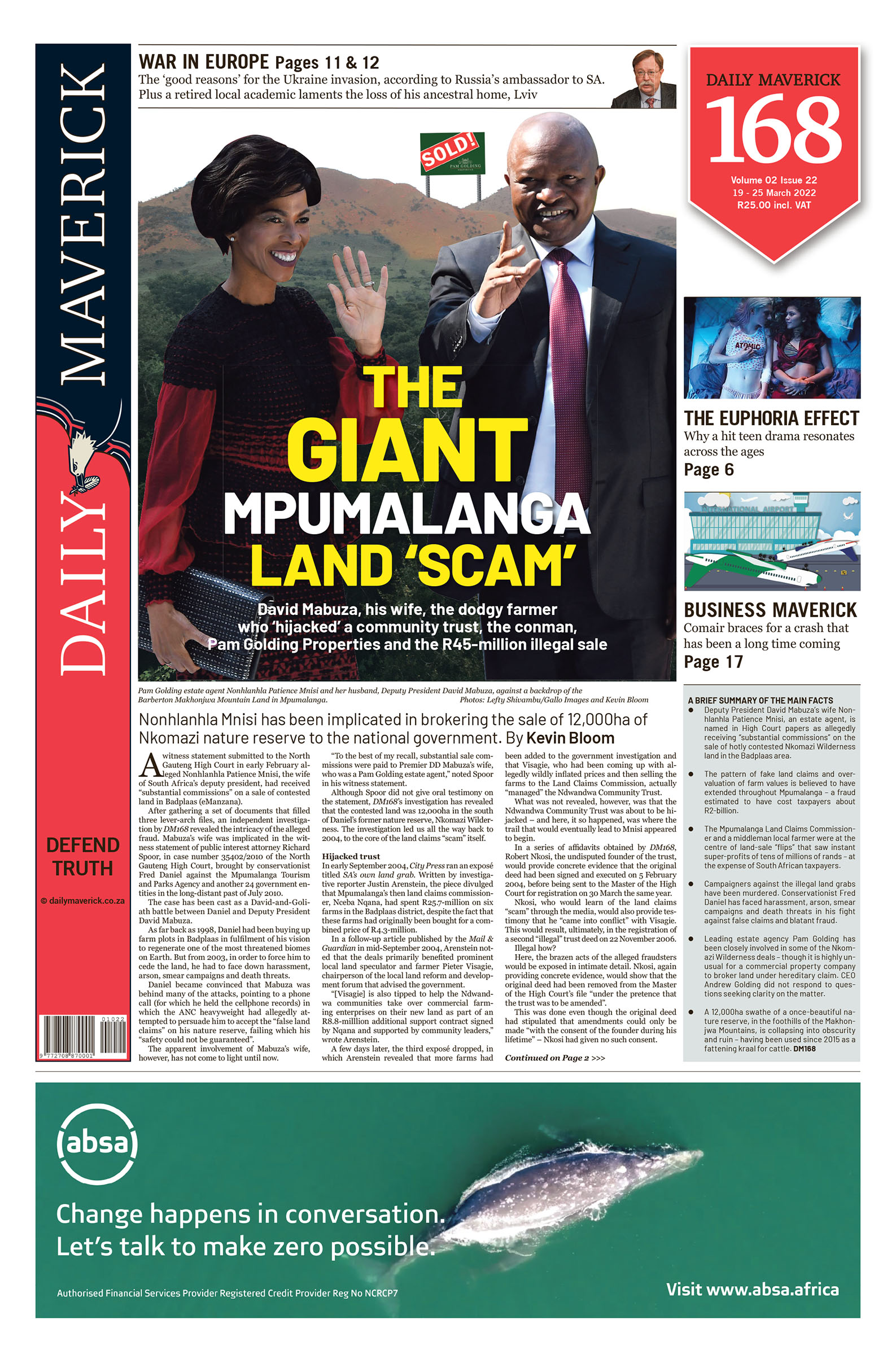