Judge to oversee the financial recovery of ‘failed’ Makana Municipality 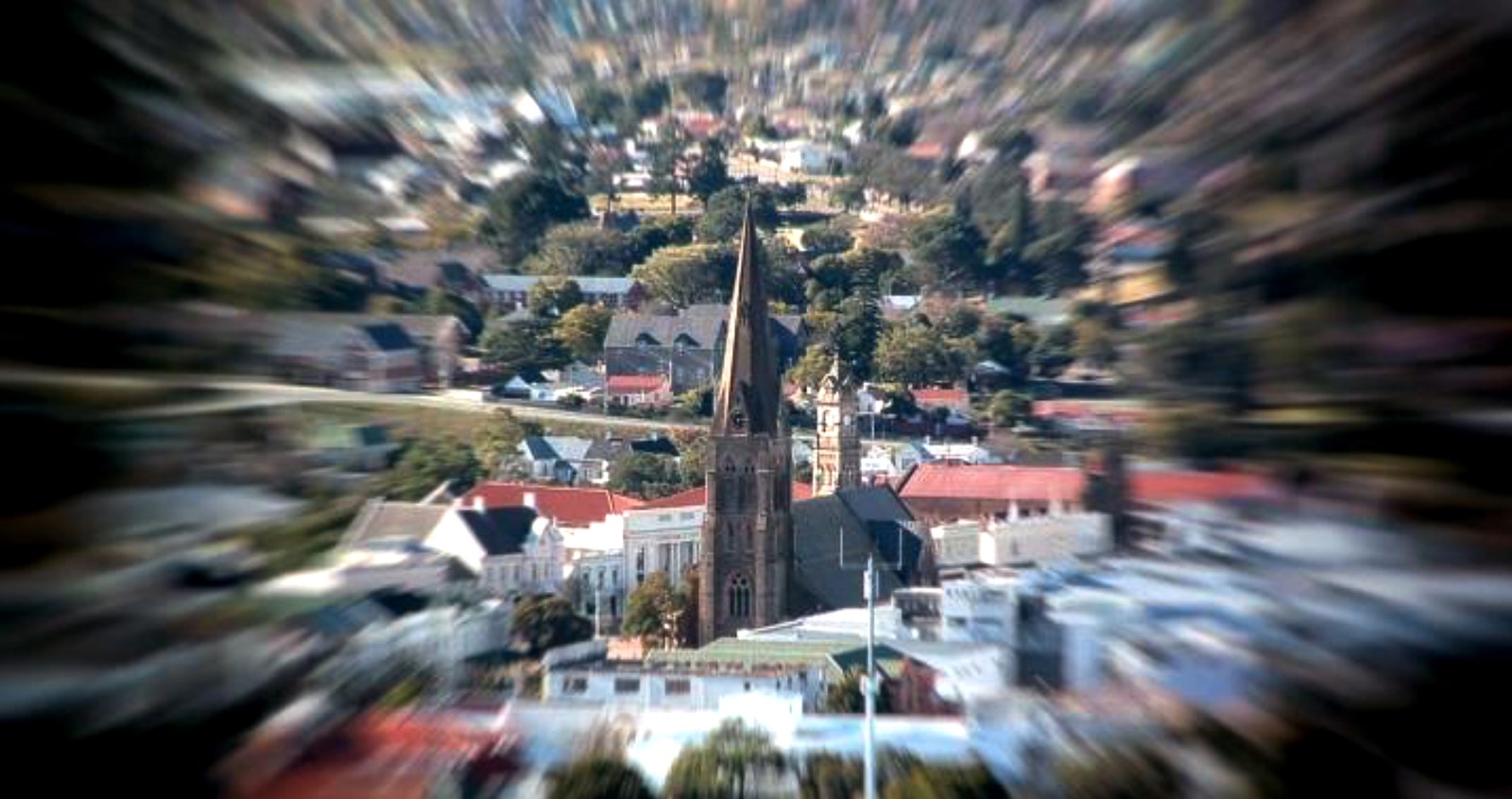 The city of Makhanda in the Eastern Cape. (Photo: Wikipedia)

The Eastern Cape government of Premier Oscar Mabuyane will have to report to a judge every three months on progress in implementing a financial recovery plan for the Makana Municipality. This is after the Supreme Court of Appeal settled a case brought by the community to dissolve the council for its ongoing failure to deliver services.

A groundbreaking ruling in the Makhanda High Court — that a municipal council can be dissolved for its unconstitutional failure to deliver services — has been replaced by a ruling from the Supreme Court of Appeal ordering the Eastern Cape government to report to a judge every three months on progress made in the financial recovery of the municipality.

The original application was brought by the Unemployed People’s Movement that described the appeal, brought by Premier Oscar Mabuyane, as an attempt to “defend the indefensible”.

In January 2020, after extensive litigation highlighting the frequent and extensive water outages, problems with electricity, sewage, waste management and issues concerning road maintenance in the Makana Local Municipality, Judge Igna Stretch gave her historic ruling that the service delivery failures in Makhanda (formerly Grahamstown) were so severe, widespread and extensive that they violated the Constitution and justified the dissolution of the municipal council.

The Eastern Cape government, however, obtained permission from the Supreme Court of Appeal to appeal against the ruling. According to the order, signed by Appeal Court president, Judge Mandisa Maya, the order was proposed as a settlement to the appeal by agreement between the parties.

A financial recovery plan for the municipality is now an order of the court.

The provincial government undertook to make three-monthly reports to the Makhanda High Court on progress made in implementing the plan.

Eastern Cape MEC for Cooperative Governance and Traditional Affairs, Xolile Nqatha, has been instructed by the court to appoint a person to take responsibility for these reports. The reports must also be submitted to the Unemployed People’s Movement and the municipality.

The court order further stated that if the Unemployed People’s Movement considers that the reports do not reflect sufficient progress, it may apply to the court to hear an application from its side.

It also states that the provincial government’s executive committee may still decide to dissolve the municipality.

Following the January 2020 ruling, several activists from the Unemployed People’s Movement, Ayanda Kota and Lungile Mxube and several other organisations that supported the court case formed the Makana Citizens Front, an independent party that contested the 2021 local government elections. “We work for you, not for party headquarters”, was their election slogan.

The Makana Citizens Front won five proportional representation seats in the council, the same number as the Democratic Alliance. The ANC won 14 of 27 council seats.

The Supreme Court of Appeal order comes in the wake of a shocking report from the Auditor-General on the financial health of the municipality. It found that the municipality’s liabilities exceeded its assets by a staggering R813-million.

“The financial statements further indicate that the municipality was placed under a mandatory financial recovery plan after the minister of finance approved the request of the provincial MEC,” the report said.

“These events or conditions indicate that a material uncertainty exists that may cast significant doubt on the municipality’s ability to continue as a going concern,” the report says.

The report highlights that auditors could not “obtain sufficient appropriate audit evidence regarding irregular expenditure (about R340-million) as the disclosure presented in the financial statements for auditing purposes was not based on accurate and complete underlying accounting records”.

Auditors also found themselves unable to obtain documentation for R577.4-million in unauthorised expenditure. The report further raises a complaint that the municipality did not prepare the cash flow statement in accordance with prescriptions. Chaotic documentation also prevented auditors from estimating the contingent liabilities for the municipality.

The report notes that the municipality paid R5.5-million in interest on overdue payments. Auditors indicated that they were unable to obtain evidence for claims made by the municipality in its annual report showing that it was delivering services to its communities due to bad recordkeeping and vague targets.

Auditors also pointed out that:

According to the auditors, the municipality has been reported for several material irregularities, including a failure to keep full and proper records that was “likely to result in substantial harm to the municipality as it contributed to the material uncertainty regarding its ability to continue operations”.

And yet, not a single official was held accountable.

A criminal investigation is under way against a senior manager in the Makana Local Municipality.

Lungile Mxube from the Makana Citizens Front said “the culture of rubber-stamping reports without engaging them is now a thing of the past”. He said they are demanding answers from the senior management of the municipality.

“MCF with its five PR councillors brought a breath of fresh air into the corridors of Makana Local Municipality. The tabling of the recent Auditor-General’s report has brought about a paradigm shift in the manner in which council has approached this most important report.

“In the past, the ANC used to simply adopt the report without any critical analysis, robust engagement or demanding accountability from the Accounting Officer.

“Today, MCF has led a charge, almost dominating in their robust engagement and cogent arguments they presented over the report,” Mxube said.

He said they were disgusted by the depressing picture painted by the Auditor-General over the appalling financial governance of Makana.

“The MCF noted that there was nothing good in the report, from page one to the end,” Mxube said.

“MCF councillors argued that the report will only serve one objective — that of damaging investor confidence and destroying public confidence in the municipality.”

He said they argued before council that there was no need “for an endless diagnosis, analysis and lamentation because the Auditor-General has already done a comprehensive job and has presented the root cause of a problem.

“What is in front of us is a problem that is administrative in nature, based on incompetence, gross negligence, poor or lack of financial controls, lack of consequence management and supervision and reckless spending of taxpayers’ money without any financial accountability and recovery of the loss, in line with the provisions of the Municipal Finance Management Act,” Mxube said.

Cary Clark, from the Democratic Alliance in Makhanda, said it was the fourth consecutive audit disclaimer received by the municipality under the tenure of the current municipal manager.

“Although a financial recovery plan has been in place for many years, the municipality has done little in terms of implementing it. Last week a court order was granted to force the municipality to implement this plan. The DA fully supports the court order and will monitor adherence to it.

“During the last term of office, the DA submitted a motion to council to have the municipal manager suspended on the basis of previous Auditor-General reports. He took it upon himself to omit this motion from the agenda. It was decided that the previous mayor would then deal with the issue, but nothing was done.

“It is against this background that the DA will once again be submitting a motion to suspend the [municipal manager] pending an investigation.

“We will also be submitting a motion to have a full forensic audit investigation done. This investigation must establish weaknesses within the municipality and find culpability to hold officials and staff accountable,” Clark said.

In a January 2022 version of the financial recovery plan that has now been made an order of the Appeal Court, the provincial government admits that the ongoing crisis in the municipality has compromised service delivery. In the plan, they call the situation in Makhanda a “persistent financial and institutional crisis”.

According to the plan, signed by senior politicians in Mabuyane’s administration, “political problems need political solutions and support from employees and organised labour” for the new strategy to work. DM/MC