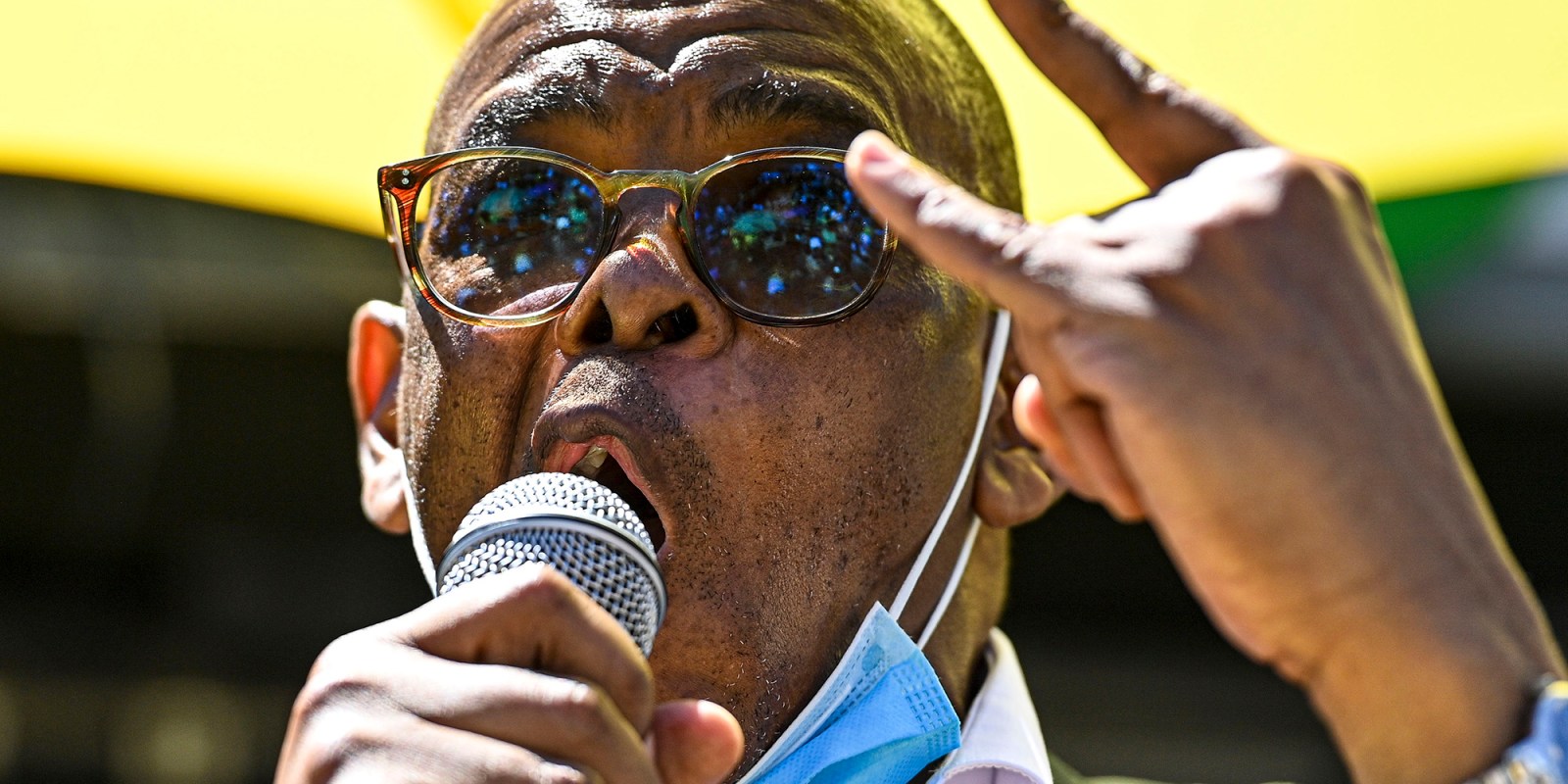 A slew of corruption cases have either been successfully prosecuted or are in the process of being prosecuted in the Free State.

There are currently eight such cases before court, involving the provincial departments of health, education, human settlements and agriculture. These include the “asbestos case” involving former Free State premier Ace Magashule, which is in the pre-trial phase and where a ruling in the civil application is expected soon on whether charges of fraud and corruption can proceed to a criminal trial.

Magashule and 15 other accused — including former Mangaung mayor Olly Mlamleli, Blackhead Consulting, owned by Edwin Sodi, and five other companies — face multiple charges over a R255-million contract that was awarded in 2014 to assess and remove asbestos housing material in the Free State.

The NPA is confident that the trial will proceed and that it has a strong case.

We are similarly confident in the other seven cases currently before court, some of which date back to 2009 — which was a big year for alleged corruption in the Free State. Investigators and prosecutors can identify a marked increase in compromised relationships emerging at this point in our history between corrupt politically exposed persons (in most cases, provincial politicians) and corrupt businesspeople.

At least three provincial departments seem to have been affected by the compromised relationships that have developed in the province between politicians, their officials, and contractors:

Fraud and corruption charges have been laid against two officials over the tender to LTSM Supply Chain Solutions and Zantan Trading for the supply of stationery. According to the charge sheet, the proper procedures were not followed and kickbacks were paid to the department’s supply chain manager and a project manager. Zantan was also, according to the charge sheet, paid even though work was not done. The case is due to be heard on 25 April. The value of the fraudulent transactions is R16-million and the Asset Forfeiture Unit (AFU) was granted a restraint order for R25-million.

Eighty-eight counts of corruption in terms of the Prevention of Organised Crime Act, 44 counts of contraventions of the Public Finance Management Act and 42 counts of fraud are among charges that have been laid against 17 accused after the Auditor-General raised queries about irregular payments of invoices to three businesses. This case commences on 14 March and relates to what are alleged to be false or forged requests for payment advice between 2011 and 2015. No evidence can be found that services were actually provided, despite the fact that more than R8.7-million was paid to service providers.

In a second case, charges of fraud, corruption and money laundering have been laid against 10 accused over the procurement of service providers. This case commenced on 14 February and is still being heard. The charges relate to duplicate or unlawful payments made to suppliers of the Free State Psychiatric Complex in Bloemfontein for a total of R7,821,587. No proof of any orders or services could be found in regard to these payments.

Two people have been charged with corruption for allegedly paying contractors and suppliers for work not performed between January 2010 and January 2011. As the charge sheet states, their actions resulted in huge losses to the department itself, as well as to taxpayers and the indigent people who were eligible for state housing. This case commenced on 24 January 2022 and is still being heard.

In the province’s most high-profile case, 16 people — including Magashule — face 50 charges of fraud, corruption and money laundering over the appointment of Blackhead Consulting to identify houses where asbestos roofs needed to be replaced. Blackhead was paid R230-million but, according to the charge sheet, there was no normal tender process because the Free State department piggy-backed on a similar contract that had been awarded to Blackhead by the Gauteng Department of Human Settlements.

The investigation was divided into two sections: the first in relation to charges that R650,000 was paid indirectly to the head of the department by Blackhead to buy a townhouse in the name of a trust belonging to the head of the department; and the second relates to the flow of money paid to Blackhead. Allegations were made during testimony at the Zondo Commission that various senior government officials received money from Blackhead. The case has been set down for trial on 10 June.

As the case has proceeded, the AFU has frozen R300-million in assets, including what the media has described as “palatial homes and a fleet of luxury cars” from the accused in the project. This includes high-end sports cars owned by Sodi and his firm, Blackhead Consulting. Among them are a Rolls-Royce Ghost, a Bentley Continental convertible and a Porsche Cayenne S Coupé.

Twenty-five cars registered to Blackhead, including a Ferrari, another Porsche and another Bentley, were also restrained under the order. Sodi subsequently entered into a court-ordered settlement agreement that the AFU retain freehold luxury fixed property to the value of R260-million for purposes of a future confiscation order, and the vehicles were returned to him. The other R40-million is from the assets of some of the other defendants.

Eight officials and consultants are on trial for charges including forgery and uttering, fraud, theft, corruption and money laundering. They were arrested in November 2020 in connection with the Rekgonne Community Projects after investigators found the procurement process had been manipulated, leading to the unlawful payment of approximately R249-million by the department.

The AFU obtained a restraint order for the R249-million, and the curator has been able to attach property worth R45-million. The accused include Rekgonne Community Projects’ sole director, Malikomo Mohapi, former Free State Agriculture head of department Peter Thabethe, former chief financial officer Seipati Sylvia Dlamini and other government officials. This case is set down for hearing on 18 July.

Law enforcement agencies have not been exempt from prosecution — for example, eight members of SA Police Service (SAPSin the Free State have been charged with fraud, theft, corruption and money laundering in connection with the submission of subsistence and travel (S&T) claims. Their case is due to be heard on 4 April.

While all this is happening, a number of significant theft, fraud and money-laundering cases have been concluded and 10 people have either been fined or jailed. The amounts involved are staggering: R45-million in a case of racketeering and fraud, for which two accused were jailed for 10 years; R21-million in a case of money laundering, where the one accused was fined R200,000 or eight years in prison, half of which was suspended for five years; R1.15-million in a fraud case in Bethlehem which resulted in 10 years’ imprisonment for the accused; and a number of other cases involving amounts of between R198,000 and R123,000, where the accused received sentences of between one and 16 years in jail.

In addition to bringing these cases to court, we have also achieved some significant convictions.

The State described the payment as “part of a fraudulent scheme conceived by officials in the department to disburse substantial sums of money to selected suppliers and contractors, in order to avoid the funds becoming unspent”. The contractors did not perform the construction work or only performed portions of it, and the suppliers either only provided part of the materials, or none.

Mokoena headed up the provincial human settlements department from 2009 to 2011, and the offences in question were committed while he reported to the then MEC Mosebenzi Zwane, a member of Magashule’s Executive Council.

While the wheels of justice do not always turn as quickly or smoothly as people rightfully demand, the NPA has worked hard to recover from the pernicious impact of the State Capture years. Today it’s an organisation on the move, with many dedicated and experienced prosecutors who are working tirelessly to ensure that justice once again prevails. DM