Youngsters guided from despair to success by tutoring organisation in Langa 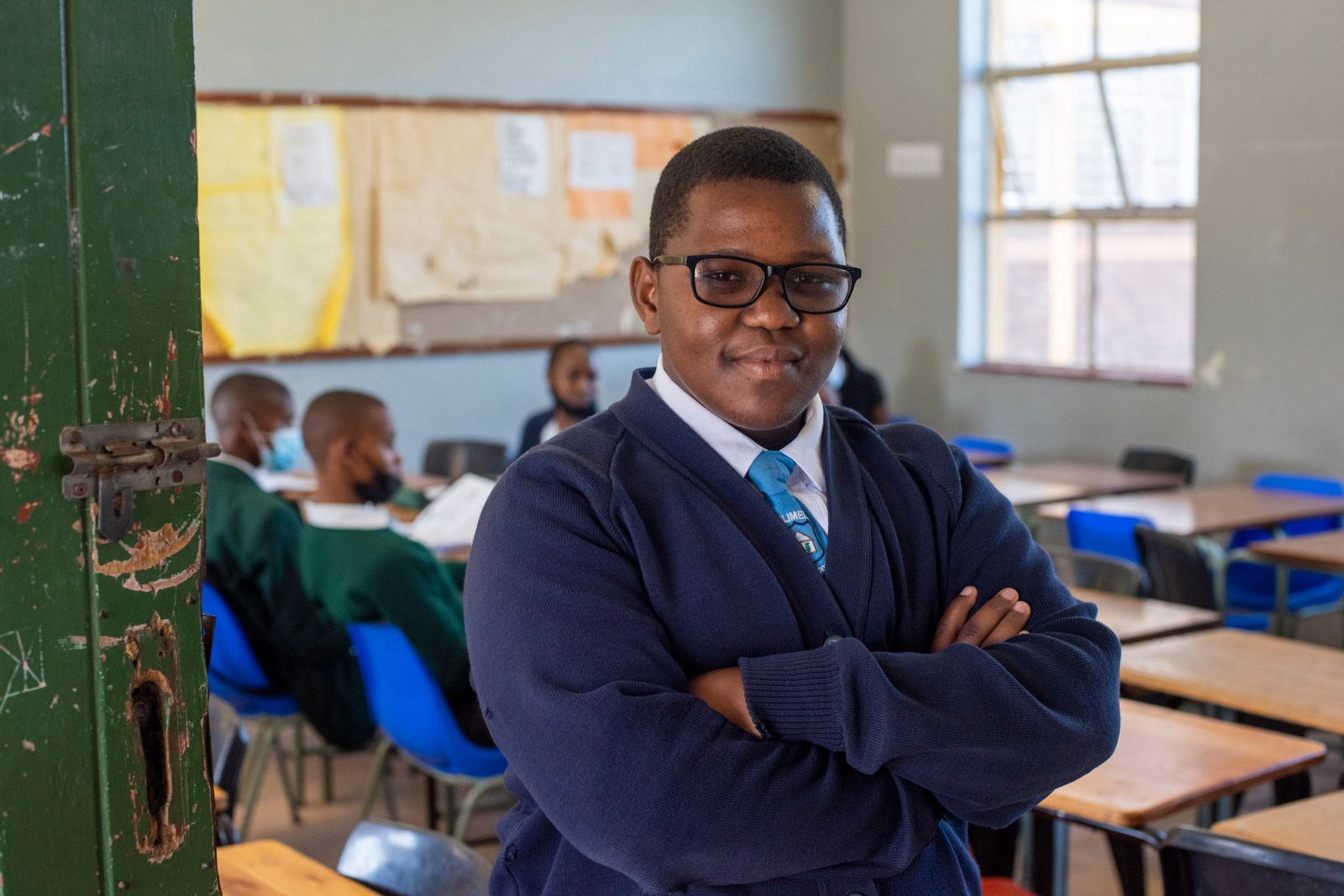 Bathi Lugwadu was top of his class at Isilimela Comprehensive School in Langa in 2021. At the age of 19, now in Grade 11, Lugwadu took the podium in Cape Town on 7 February as a prestigious French human rights prize was conferred on Just Grace, the Langa-based nonprofit tutoring organisation that has shaped his life.

Beaming, the pupil told the audience: “I’m very grateful to testify in front of you, ladies and gentlemen. I’m so grateful to be a participant at Just Grace, which helped me to be a top achiever. This is something that I’ve been wanting all my life and it finally happened. I thank everyone that is here, and also Just Grace.”

Kers pointed out that Langa – one of South Africa’s oldest townships, and home to about 60,000 people – has an estimated youth unemployment rate of 53%, and only 41% of young people have matric certificates.

“Over the years, we have seen what education can do for young people, who would’ve otherwise become destitute simply because of their backgrounds,” she said. “We have seen young people lift themselves and their families out of poverty, and we are excited to play a role in this.”

After the speeches, Lugwadu opened up to DM168 about his extraordinary life, thwarted early by severe illness and domestic abuse – obstacles he overcame to become a top-performing pupil.

After living with his grandparents in Willowvale in the Amathole District of the Eastern Cape, Lugwadu moved to Langa to be with his parents when he was five years old.

“I was experiencing a lot of illness… In Cape Town, I went to the day hospital, after which I was transferred to the Red Cross [War Memorial Children’s] Hospital. I had a blood cancer… School progress was very difficult for me. But when I was 11, they told me the cancer cells were gone.

“But after I was cancer-free, I experienced abuse at home. My father was abusing my mother. My mother decided to move back to the Eastern Cape. But in that time after we left, my father hung himself at our home in Langa.

“I was 12 when my father died, and I went into a depression… Then I was helped by a programme… I learnt that I wanted to know myself. That I’m an innovative person.”

Lugwadu enrolled at Just Grace in 2021, attending its programmes based in six rooms and a container at Langa High School, three to four afternoons a week.

“I was told about Just Grace by my friends,” he said. “They were attending these coding classes there. So, I jumped for the opportunity… to be honest, I jump for all the opportunities I get.

“There’s coding, life skills, academic programmes and Bible study… Langa has different cultures and different beliefs. Some in their homes are believing in ancestors, some are believing in Jesus. So we are given a choice to attend or not.”

Today he lives in a flat with his mother and sister in Langa.

“I couldn’t say it’s difficult,” said Lugwadu. “It needs someone who is willing to learn. Yes, technology is not that difficult for me.”

However, his big passion is art. “Poetry, singing and acting,” said Lugwadu. “I write about all kinds of things, I usually write about life. I write about love, about culture, about anything that fills my memory. One day, I want to do public relations, as a degree or a diploma, then eventually I want to qualify as a business manager.”

Kers told DM168: “We chose Bathi to speak at the event because he’s been through two of our programmes, the Youth Development Programme and the Learner Engagement Programme. And so he has highlighted the sort of change that we aim to see within our learners. He’s representative of what Just Grace sets out to achieve because he came out more confident, he’s very determined and there’s a lot of self-improvement that has happened in his life.”

At present, just in the Learner Engagement Programme, Just Grace has 90 enrolled pupils, with an additional 55 flagged as “at risk” of impeded school performance, or of dropping out. Just Grace will arrange home visits to these youngsters and one-on-one life skills sessions, as part of “early intervention plans”.

In the Youth Development Programme there are 150 pupils from grades 9 to 12. At present they have about 40 laptops. The organisation offers sewing classes and craft-making courses to parents. It also teaches entrepreneurial skills, helping Langa residents to offer cultural experiences to tourists on Airbnb.

Lechevallier told the audience that the prize acknowledges Just Grace’s commitment to tackling school disengagement and dropouts, especially given the health crisis linked to the Covid-19 pandemic.

“Just Grace’s efforts over the past decade have made a difference in the lives of hundreds of young people in Langa,” he said. “Twenty-six years into democratic rule, Langa is still confronted today with the long-lasting and mutually reinforcing effects of segregation, of high unemployment and poverty, inadequate housing and service delivery, crime, drug and alcohol abuse.

“However, it will not be paying justice to Langa to paint it as a place of despair. It’s far from that. True to its name, which means ‘sun’ in isiXhosa, it is a vibrant community filled with budding entrepreneurs, excellent athletes, cultural heritage, and eager youth and citizens committed to [being] drivers for positive change.” DM168