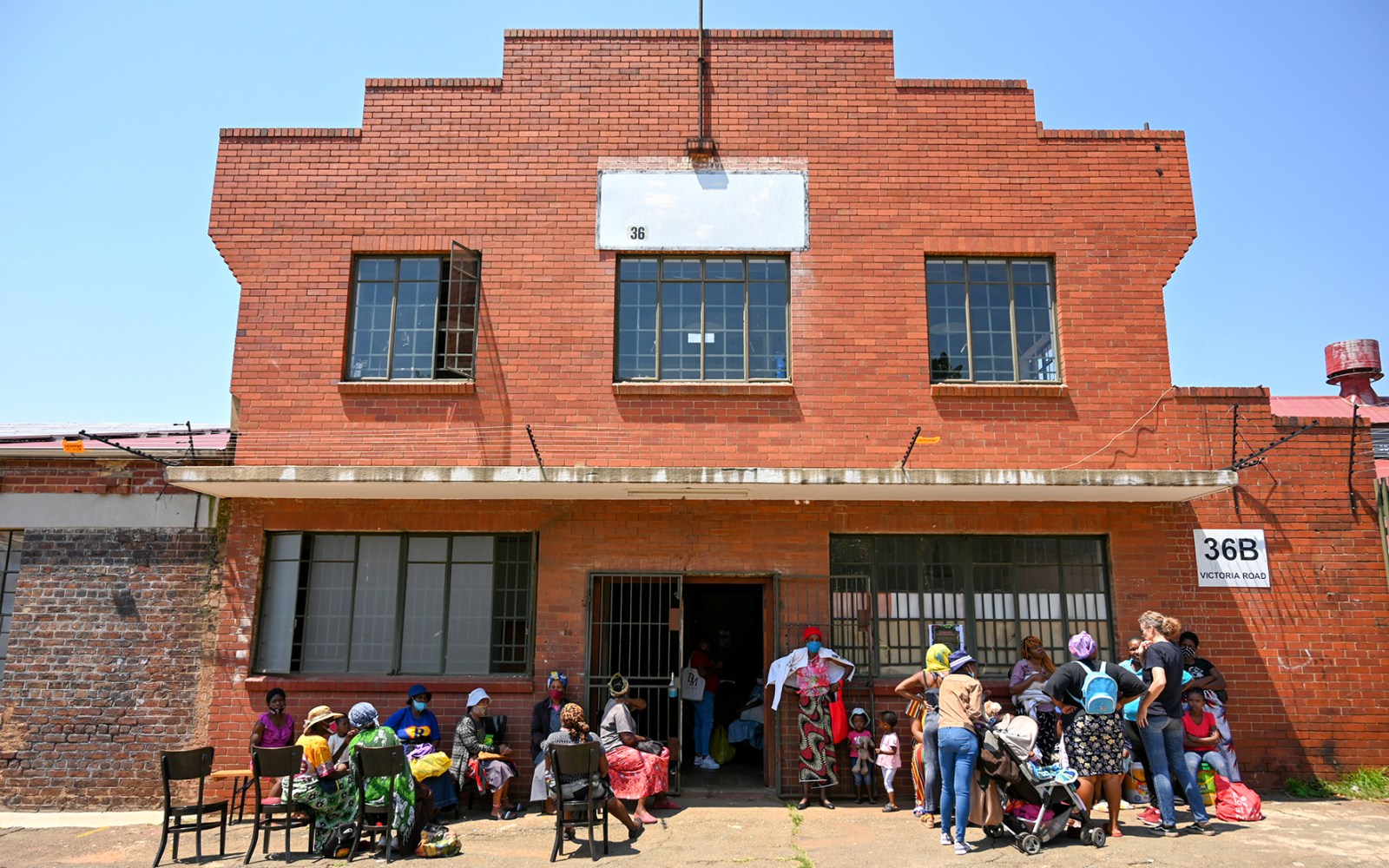 The People’s Pantry in Bertrams, Johannesburg, is a food sovereignty initiative that started during the initial hard lockdown in 2020.

Since the Covid-19 pandemic and subsequent lockdown, hunger has been on the increase. It is estimated that before Covid the percentage of malnourished South Africans was 3.4%, while after Covid it was 6.5%. This places additional strain on the health system as people develop diseases because of malnutrition.

According to the Integrated Food Security Phase Classification analysis report, in 2021 11.8 million people in South Africa were classified as being at IPC Phase 3, which means their level of hunger was at crisis level.

The People’s Pantry (TPP), located in the Artisans Block of Victoria Yards in Bertrams, Johannesburg, is abuzz with community people, their young children and volunteers. This is a novel food sovereignty initiative that started during the initial hard lockdown in 2020 when people in the Bertrams community were unable to go out and look for work and as a result experienced hunger.

Food sovereignty is “the right of people to healthy and culturally appropriate food produced through ecologically sound and sustainable methods, and their right to define and control their own food and agriculture systems”.

TPP was piloted as a soup kitchen and later opened a swap shop, which operates on Fridays. TPP does, however, continue to support eight community kitchens and hosts a soup kitchen twice a week.

The TPP director, Sandra van Oostenbrugge, says she became aware of how damaging and long-lasting the impact of hunger could be when she was growing up in the Netherlands.

Van Oostenbrugge says that during the hard lockdown the general problem of hunger manifested acutely among undocumented immigrants, who did not receive any relief measures from the government because they did not have IDs.

“This is a community that has very little income security and now with Covid we are told, don’t go into the streets, don’t go looking for a piece-job… how are people going to access food? And we weren’t sure that people had access to food parcels that the Department of Social Development was promising.

“Joseph [Mafa], myself and a team of four are looking at what a just and sustainable food system and culture would look like. Because in an urban setting as soon as you’re out of money, as soon as you don’t have income security, you’re in trouble. You can’t go to Spar and barter, you can’t go to Spar and do a nice little dance or tell them a good joke; it’s all about cash and that’s what is hard to secure for many people.”

Joseph Mafa is originally from the Free State but moved to Johannesburg after matric and is a member of the Bertrams community. Mafa, the project coordinator of the TPP, says his interest in community activism stems from his curiosity and love for people and dates back to his HIV activism with the civil society organisation Love Life.

How TPP works is that members of the community hand in recyclable plastics, carton boxes and tins in exchange for points, which act as a virtual currency, and are redeemable at TPP’s swap shop. In the swap shop, you’ll find an array of vegetables, eggs, mielie meal, rice, and basic toiletries. These are all primarily donated by partner organisations including SA Harvest, Nando’s and the Dis-Chem Foundation.

TPP’s website says the initiative is based on the “configuring and interrogation of food distribution and sharing systems as a means to figuring out and ensuring the ‘how’ of we as everyday people encountering each other in shared geography, can live well where our food habits and patterns are concerned. As we grow in size and shape, we aim to transform community mindsets towards food distribution and consumption.”

At the swap shop 57-year-old Mable Ntsulelelo told Maverick Citizen: “The points that we earn here from bringing boxes for recycling help us to get food because we don’t work and the food lasts and is enough for me, my husband, 23-year-old child and nine-year-old grandchild.”

She said that the only income in her household was the R350 Social Relief of Distress grant as well as the child grant for her grandchild, which is R460.

Pensioner Joyce (74) said: “I’m old but I’m fit and have no aches and pains, that is why I can collect this recycling and bring it here and I walk to come here. I live with my two children; one works, the other one doesn’t work because of Covid.”

Makhosi Mbatha lives with her five grandchildren, aged between one and 12. She started coming to TPP three months ago. “We only live on my old-age grant, and the food that I get here really helps.”

Lizzy Ndebele, who has two children and stays in Troyeville, told Maverick Citizen: “I’m unemployed and have to walk to get here. If I don’t come here we have nothing in the house; coming here means we don’t sleep on empty stomachs. Before I started coming here I used to collect bottles and sell them at the scrapyard.”

A TPP volunteer, Nomfundo Kwini (26), who is a Research and Development Studies master’s graduate, said: “I was really interested in the idea of working in a community and creating support systems and co-creating interventions and asking what the community wants and how they want to do it together. My role in the team is to think about how we can go into the community and have productive conversations.”

“It’s about people having a sense of dignity,” says Van Oostenbrugge. DM/MC