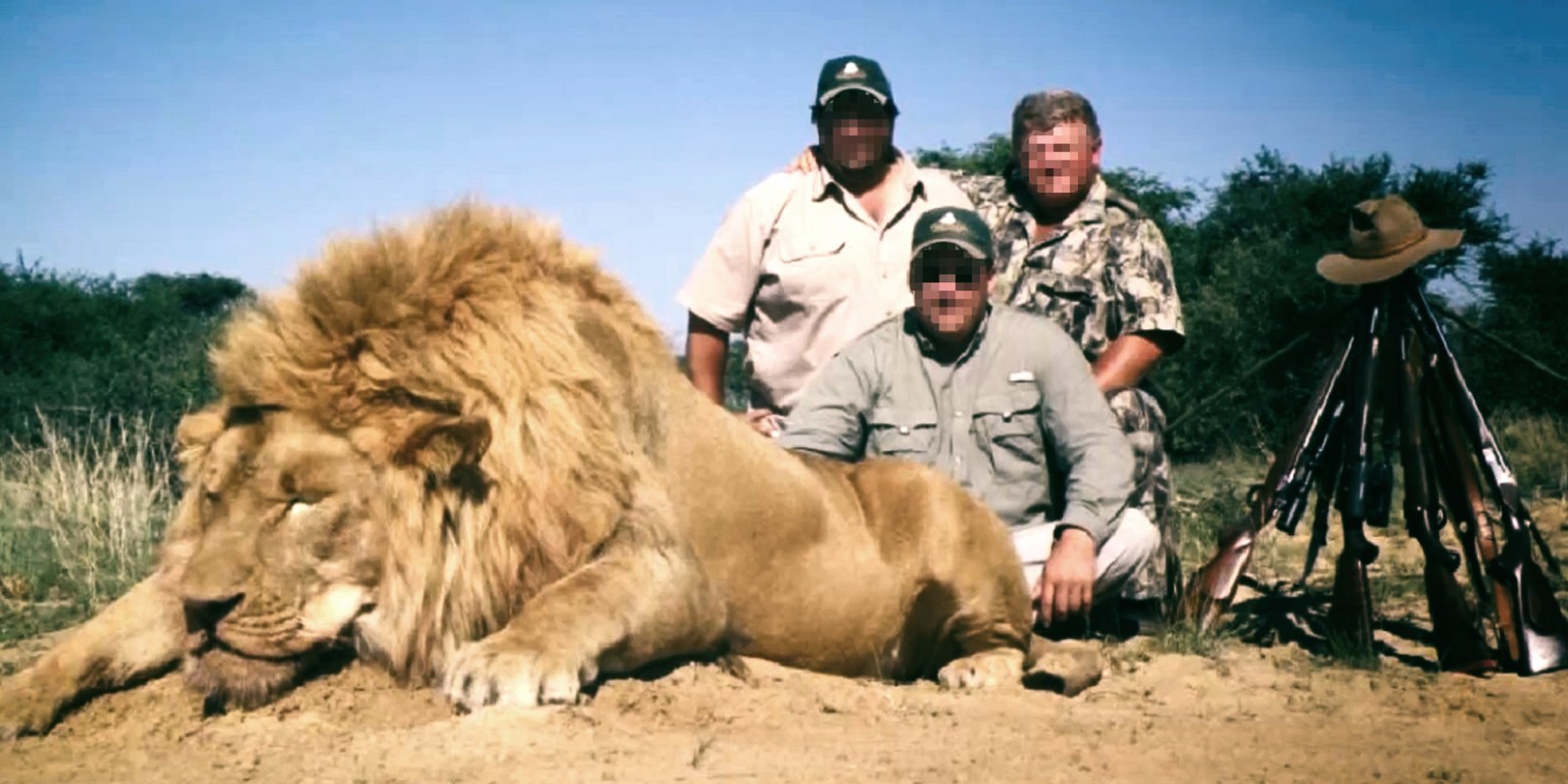 If you want to kill animals for fun, South Africa is the place. Topping the list of favourites by trophy hunters are lions, baboons, southern lechwes, caracals and vervet monkeys.

South Africa is one of the world’s greatest suppliers of wildlife trophies, many of them from captive-bred animals. The greatest number are shot by people from the US. From tigers to vervet monkeys, it’s all legal.

A report by the Humane Society International/Africa (HSI/Africa) — Trophy Hunting by the Numbers — quantifies a global industry dedicated to the “sport” of accumulating wild animal parts for bragging rights by largely non-African hunters. It was released to coincide with World Wildlife Day today (Thursday).

South Africa is listed as the world’s second-largest exporter of hunting trophies (after Canada), with most going to the US, followed by Spain, Russia and Denmark.

The report is, as it says, about numbers and coincides with the latest hunting quotas for this year released by the Department of the Environment: 10 critically endangered black rhino, 150 endangered elephants — which will mostly be hunted in the Associated Private Nature Reserves and thus be from free-ranging Kruger Park herds — and 10 leopards, listed as vulnerable and with no known population estimates to back the allocation.

This is concerning news, says the report, especially on World Wildlife Day, which is intended to celebrate our collective natural heritage each year on 3 March and draw attention to the plight of threatened and endangered wild animals.

One in three trophy kills were of animals captive-bred for hunting, including most of the lions. However, nearly all elephants, rhinos and leopards hunted were wild-sourced.

By far the largest importer of trophies was the US (54%), followed by Spain (5%), Russia (4%) and Denmark (3%). Other countries included Hungary, Mexico, China, Australia, Poland, Germany, the UK and France.

During the period, 2,227 trophies were imported to South Africa, mostly elephant, Hartmann’s mountain zebra, leopard and hippo, mainly from Namibia, Zimbabwe and Mozambique.

“In South Africa, hunted animals are bred, bought, sold, transported and otherwise processed and ultimately delivered to a property where a trophy hunter can kill them, and where the kill is often guaranteed. It is all about the money that can be made by industrialising, managing and manipulating wildlife for economic gain.

An economic review of eight countries in Africa, including South Africa, demonstrated that the total economic contribution of trophy hunters was a mere 0.03% of the gross domestic product in those eight countries.

“We are terribly disappointed that the DFFE [Department of Fisheries, Forestry and the Environment] is failing in its duty to protect our threatened and endangered wildlife species,” says Dr Audrey Delsink, wildlife director for HSI/Africa.

“It’s unacceptable that we allow people to hunt endangered and critically endangered animals for the purpose of collecting their remains as trophies.

“The claim that trophy hunting contributes to conservation cannot be justified in light of the evidence demonstrating that one third of South Africa’s hunting trophies are captive-bred animals and many are non-native or species not subject to science-based population management.

“The captive breeding and intensive farming of wild animals in South Africa for profit often harms conservation efforts, with negative impacts on biodiversity when protected landscapes are carved up into breeding camps and predators are targeted as competition.