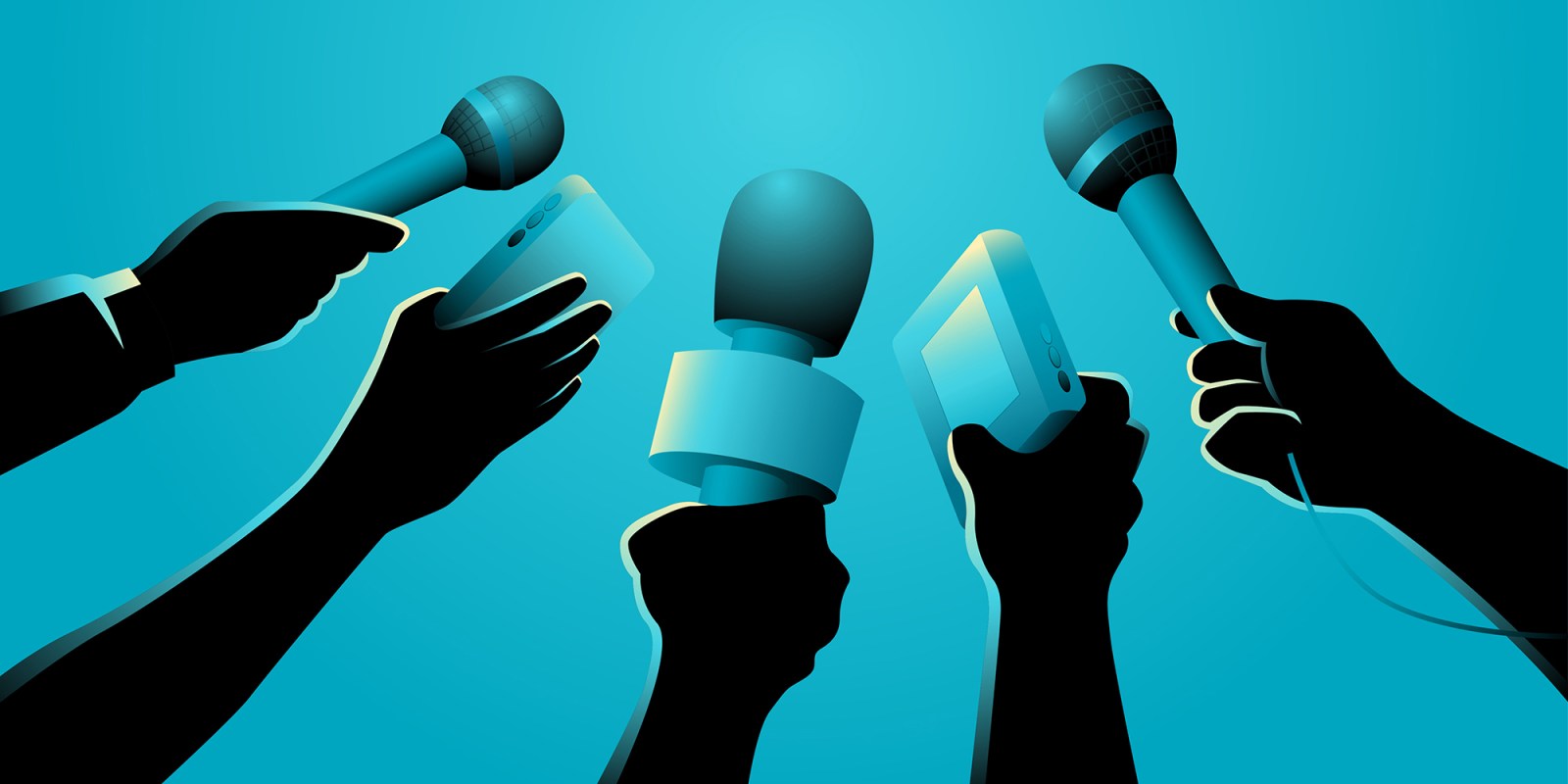 National Treasury has dismissed as ‘factually incorrect’ information that it had considered canning the 2022 Budget media lockup, or the embargoed early access to Budget documents to facilitate accurate reporting for the public benefit and in the public interest.

After Daily Maverick was reliably informed National Treasury at one stage contemplated ending a 27-year old tradition of media lockups for the 2022 Budget, a request for responses and comment on the possible reasoning and what ultimately swayed National Treasury to do as it did in previous years.

“This is factually incorrect” and “National Treasury did not consider cancelling the media lockup for Budget 2022” were the replies received on Tuesday afternoon after just short of two working days’ wait.

Bottom line? The Budget 2022 media lockup did happen for all who passed the vetting for accreditation.

“Everyone who registers for lock-ups agrees to be vetted by National Treasury and its partner vetting institutions. Once vetting processes have been completed, only then will accreditation be granted to the applicant…” said National Treasury on 28 January 2022.

A similar vetting-linked accreditation was in place for the November 2021 Medium-Term Budget Policy Statement (MTBPS), which followed a unilateral change in Budget media lockup that effectively broke 27 years of trust as nothing had been leaked from a Budget lockup — ever.

Such vetting of media and journalists has become normalised for a range of government events. Sometimes it can get a bit awkward as it did in December 2021 when the media accreditation form distributed via the Government Communication and Information System (GCIS) still included a column “PSIRA (Private Security Industry Regulatory Authority) Number. Compulsory for Private Security only”.

It remains unclear why in a constitutional democracy journalists should be vetted. Perhaps it’s a hangover from the Jacob Zuma presidency when the so-called colour revolution espoused by his state security minister David Mahlobo fingered media, analysts, non-government organisations and even trade unions as agents for what’s called “regime change”.

National Treasury is not an isolated example. In courts, within government and elsewhere, increasingly, public spaces are narrowed for journalists — and as a consequence also for the public.

Journalists have struggled for many months to access courts, physically, even under the relaxed Covid-19 lockdown restrictions — and often also online as links remain unshared. The South African National Editors’ Forum (Sanef) has long called for an end to such deteriorating court access.

In mid-February 2022, journalists’ frustration at being blocked by security guards from entering courts, being subjected to security escorts and/or having to justify their presence at court to often hostile officials, erupted on a National Prosecuting Authority (NPA) media information group.

Complaints were redirected as the NPA is not responsible for court management — that’s the Justice Department, the Magistrates’ Commission, and the Office of the Chief Justice.

“We have directed the Office of the Director-General to address this issue and provide the ministry with an update,” he responded in a text message.

“Our court directions specifically provide for media to access the courts. This was even so during Level 5 (of the Covid-19 Lockdown).”

The relevant ministerial direction gazetted on 11 September 2020 states, “Persons with a material interest in a case such as litigants, accused persons, legal practitioners, witnesses… and members of the media will be permitted to enter a courtroom, a court house or justice service point, provided that in respect of a courtroom, the presiding judicial officer may direct that the number of persons in the courtroom be reduced to comply with safety measures and physical distancing requirements.”

Clearly it is the magistrate, or judge, that determines whether her or his courtroom is Covid-19 health and safety compliant — most courtrooms have a separate section for media — not security guards.

But the increasing role and power of security guards have also come to the fore — countrywide — not only at early morning queues at the South African Social Security Agency (Sassa), but also at traffic offices, municipal offices and Home Affairs offices.

The central Cape Town Home Affairs office where security guards can be seen not only managing queues and controlling access, but also advising those in the queue, seems not to be an isolated occurrence, according to a DA parliamentary question on private security at the Vereeniging Home Affairs offices.

Home Affairs Minister Aaron Motsoaledi dismissed any idea that private security guards were responsible for anything beyond “access control, patrols, and ensuring that Covid-19 protocols are observed (sanitising, masks, and social distancing)”.

“The office manager is responsible for the overall management of the office, including queue management. He will, at times, delegate the task of queue management to a supervisor, or the front office clerk. In the course of manning these queues, the manager or the delegated person will be assisted by the in-house security officer, not the private security guard…

“Clients, who would have been identified to be allocated for services/products dedicated to the line’s demands, would then be allowed into the office by the queue marshals, who also attend to general enquiries.”

The difference between queue marshals, separate from security guards, is not immediately apparent.

DA National Council of Provinces (NCOP) delegate Dennis Ryder told Daily Maverick he fired off the parliamentary question after observing how a security guard effectively controlled who could access Home Affairs services, and learning management had told him to do this. “This system is being replicated also at other government services across Gauteng,” Ryder added.

It’s about language shift indicating a shift in state attitudes — alongside controlling the optics.

On the back of various televised presidential national speeches during the 23 months of Covid-19 lockdown, the government has increasingly moved its communications to online briefings that with their curated questions are largely tick-boxing transparency and accountability.

Meanwhile, GCIS remains unable to link up its Pretoria briefing venue with a similar briefing venue at Parliament. It used to be done; now, for almost two years, the informal talk is about technical challenges and renovations.

Going online has broadened access, at least to anyone who can afford data. It should be a good thing. But it speaks volumes about the state’s shifting stance towards media, and by implication the public, that much of online briefings with curated questions and televised statements simply tick-box transparency without substantive engagement.

It’s performative politics — and a show of governance. With a dash of securocrat power play.

Unless this changes, public spaces will continue to narrow — and that’s not a good turn in South Africa’s constitutional democracy. DM