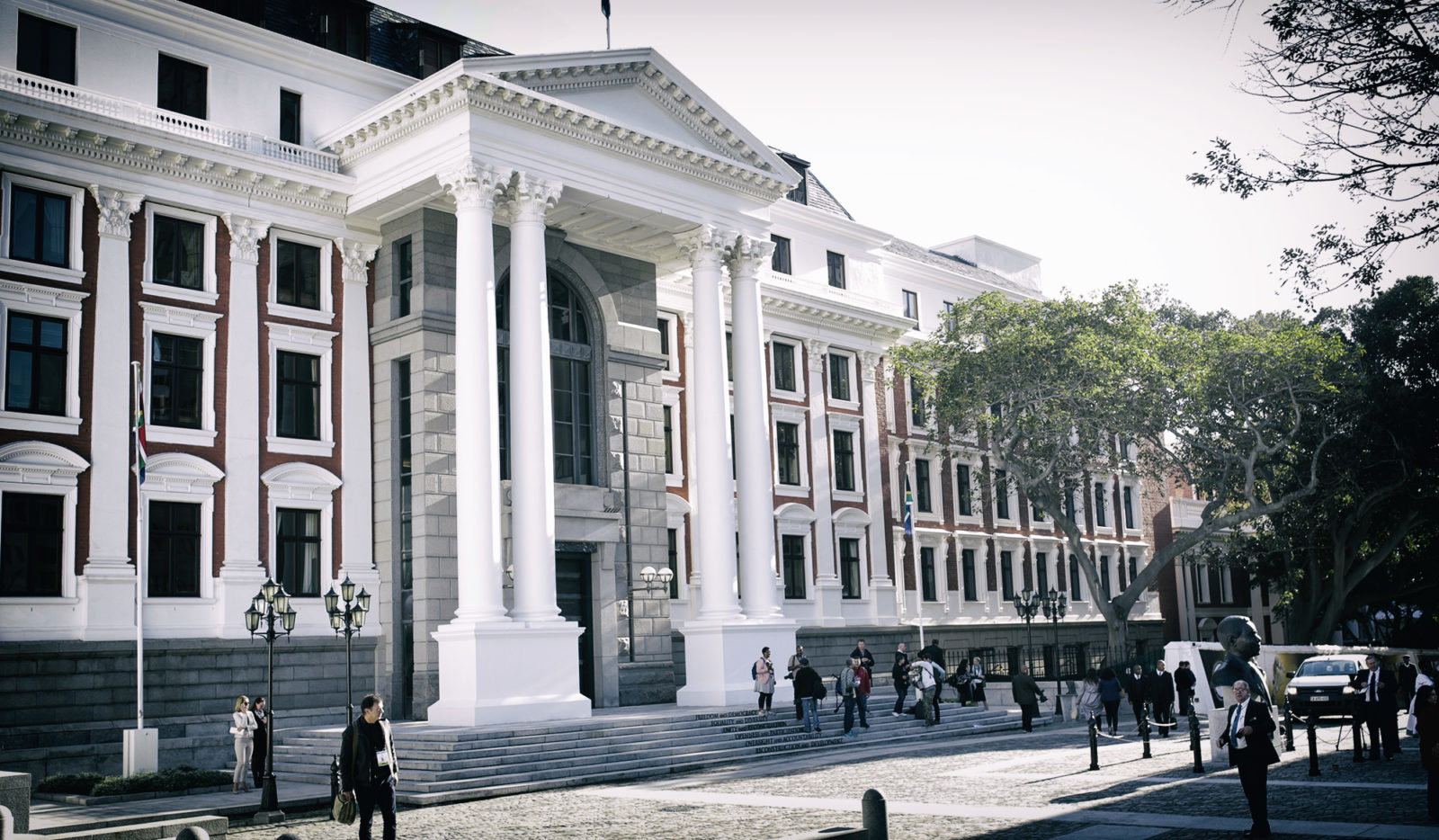 After 26 years of democratic Budget lock-up – the equitable release of documentation under strict confidentiality and supervision – the National Treasury has unilaterally changed the rules. But invoking Covid-19 that hadn’t been an issue in 2020 is a sleight of hand that leaves broken an established relationship of trust.

Since 1994 it’s been pretty much the same procedure for the Parliamentary Press Gallery Association, some of South Africa’s senior journalists who produce the overwhelming majority of media coverage on Budget Day in February and for October’s Medium-Term Budget Policy Statement (MTBPS).

The system held firm as media changed from the immediacy of radio, news wire services and afternoon newspapers to online media. The system held true because it allowed conducive working conditions for PGA journalists representing different media houses to discuss and organise the best possible, accurate and informative coverage for their respective readers/listeners – whether that’s Mr Taxi Driver or Ms Investment Banker.

This system of a Parliamentary Press Gallery Association Budget lock-up held true even with the Covid-19 lockdown for the 24 June 2020 Covid emergency Budget and the October 2020 MTBPS.

Yet, on Monday the National Treasury, in a written response to a detailed request for comment, reiterated “the realities of our time, the Covid-19 pandemic, calls for us to change our modus operandi”.

This effectively broke a relationship of trust, mutual respect and cooperation that goes back to 1994. No Budget was ever leaked in the past 26 years.

What used to happen was that for the lock-up on Budget Day, Press Gallery Association journalists accredited to work at Parliament, and some of their visiting colleagues, get embargoed copies of the Budget documentation under strict rules – phones are handed over, confidentiality agreements signed and all doors to the journalists’ offices remain open at all times for inspection and supervision.

The SAPS provides security. Over the past five or six years, an increasing number of spooks also started walking the corridors, checking out the Press Gallery Association offices.

National Treasury officials are at hand. Around 11am a briefing by the finance minister, accompanied by the bosses of the South African Revenue Service and the South African Reserve Bank, provided important contextual interaction on government direction and thinking.

At 1pm, phones are returned, and articles prepared are emailed under strict embargo to the various media houses for subbing and prepping ahead of publication. The embargo is lifted and it’s a go only sometimes just after 2pm when the finance minister is at the National Assembly podium and says, “Speaker…”

The only incident, donkeys years ago, happened when an international news wire agency staffer not in lock-up released a headline a few minutes early. The National Treasury was swift and hard – that wire agency was banned for three years. Finish and klaar. However, the Treasury did not fiddle with the Press Gallery Association Budget lock-up.

This system of a Parliament Press Gallery Association Budget lock-up held true for the 24 June 2020 emergency Covid-19 Budget – South Africa then also was on a Level 3 lockdown – and the October 2020 MTBPS amid Level 1 lockdown restrictions.

But, in mid-February this year, the National Treasury unilaterally changed the system, citing the “Coronavirus pandemic” in correspondence through its media email list to cancel the traditional Press Gallery Association lock-up in offices that are at best shared by two persons – and the traditional ministerial lock-up Budget briefing.

“There will only be one venue for both Parliamentary Press Gallery Association (PGA) members and non-PGA journalists. A maximum of 50 journalists will be accommodated in the lock-up, which will take place in Parliament precincts.”

That venue is the Old Assembly Chamber, which has no fresh air ventilation for the journalists who will spend at least five hours there. It requires the installation of power plug points for computers, while the distance to ablution facilities further complicates working conditions and health and safety matters.

Despite discussions and correspondence with officials, the National Treasury remained unmoved.

“We will endevour [sic] to set up a meeting between ourselves and the PGA after the Budget. We would like to maintain the good relationship we have enjoyed with PGA over the years,” was National Treasury’s response to the Press Gallery Association on 19 February.

A meeting after the Budget would be wholly pointless.

“National Treasury has not given the PGA any cogent reason for its decision to change arrangements and venues for the National Budget,” said PGA chairperson Andisiwe Makinana in a written response to a request for comment.

“This will add to the complexity and stress for journalists reporting on one of the most important news items of the year. The PGA also strongly believes that the new arrangements are not within Covid-19 regulations and may place journalists’ health and lives at risk.”

Sanef also intervened late last week, and received a similar shrug-off from National Treasury. The forum’s project manager, Hopewell Radebe, on Monday confirmed the approach to the National Treasury, saying: “We, unfortunately, could not convince them otherwise.”

Parliament indicated that the National Treasury was in charge.

“Lock-ups are the responsibility of the National Treasury. Parliament provides a venue to the Department as per its request, and advises on the limit of persons permitted inside the venue in line with Covid-19 regulations,” said Parliament spokesperson Moloto Mothapo in a written response to a request for comment.

In Daily Maverick’s request for comment, the National Treasury was asked specific questions on the reason(s) for the Parliament Budget lock-up change, whether it was comfortable hosting a potential Covid-19 super-spreader event, and how it felt about breaking a 26-year relationship of trust with the Press Gallery Association.

This is National Treasury’s response:

“As part of the communications team post Budget reflections engagements with all stakeholders, the PGA will be invited in an effort to nurture our long standing relationship of 26 years, however the realities of our time, the Covid-19 pandemic, calls for us to change our modus operandi.

“There will be adherence to strict Covid-19 health and safety protocols in both Cape Town and Pretoria venues for lock-up. During the MTBPS same standard operating procedures were applied and there were no incidents reported on all those who participated in the lock-ups. [Note: the PGA still had its traditional Budget lock-up in its members’ parliamentary precinct officers.]

“Further to that the seating in the Old Assembly Chamber will ensure compliance to Covid-19 health protocols wherein all seats will be clearly marked accordingly to show which seats may not be used to enable social distancing. This venue will not be filled to capacity, therefor [sic] the allowance of only 50 max participants.

“The media is free to go and inspect the venue by making arrangements with Parliament Media and Stakeholder Manager.”

Maybe this last-minute unilateral cancellation of the Press Gallery Association Parliament Budget lock-up stems from a push by securocrats – remember, not long ago spooks considered NGOs as regime change agents – or maybe it’s out of ministerial pique.

It may be tempting to write this off as niggles by a small group of journalists over the end of special treatment. It’s not.

The Press Gallery Association Parliament Budget lock-up allowed journalists from different media houses to interrogate complex Budget documentation in a safe and secure environment – for the best possible coverage for all South Africans, not just the financial analysts and elites.

Given the general trust deficit in South Africa, to unilaterally change something that has worked and to break a 26-year relationship of trust is gobsmacking.

(Disclosure: This reporter is a member of the Press Gallery Association, and has covered Budgets, with a handful of years missing, since 2000.)