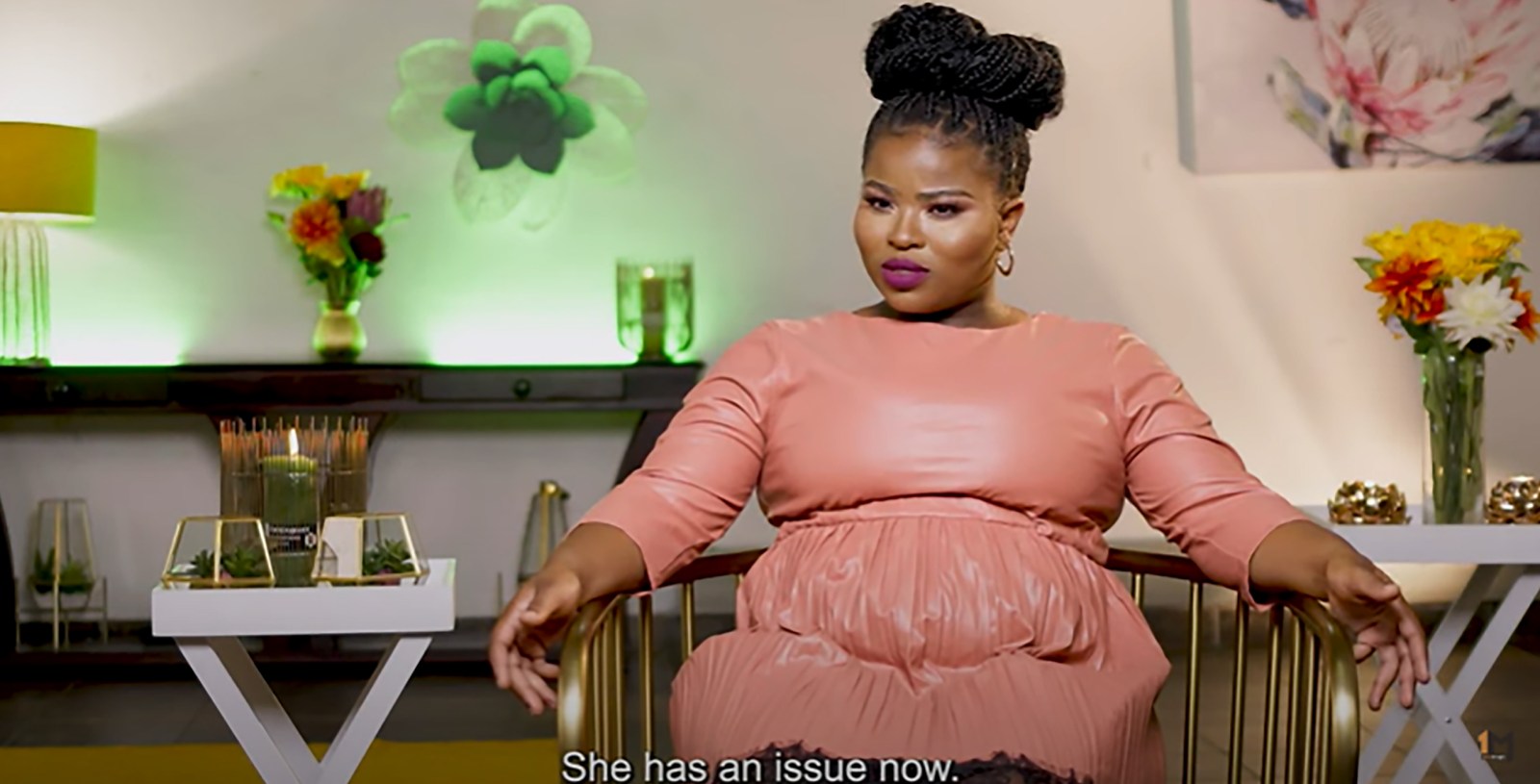 Ntombifuthi Zulu hopes other members of her partner’s family will get to know her and warm to her – as she already knows her future mother-in-law dislikes her. (Photo: Supplied)

A new TV reality show that plays on conventional stereotypes pitches four women into their partners’ family homes, where they are expected to toe the traditional line, allow themselves to be tutored – and make the early-morning tea.

As Lorna Mpongoma prepares to leave home to spend 21 days with her partner’s mother, she tells her aunt: “[I’m doing this] because [my partner] was worried that his mom won’t accept me and because at some point I felt like I needed to be validated by the mom.”

Makoti, Are You The One?, a new television reality show on the 1Magic channel, follows four women who will be staying with potential mothers-in-law for three weeks to see how they get on.

This practice – go ya bogading or go kotisa in Sesotho or ukukotiza in isiZulu – usually happens after a couple gets married, but has been given a twist in this 13-part series.

The custom prevails in many cultures in South Africa, though details vary, according to Zama Mopai, a customary law lecturer at the University of Venda.

Mopai said the intention of the practice was “to induct” a newcomer into a family.

“Umakoti would be taught family traditions and things such as who gets served first, which river the family fetches water from and what is done during the day.”

Although times have changed and roles have shifted, with women getting married at a later age, umakoti is often a relatively young woman. A mother-in-law is expected to groom her into adulthood, said Andile Mayekiso, a University of Johannesburg lecturer who researches indigenous knowledge systems.

“In the countryside, this has an added value because the mother-in-law will now have someone she can send to the neighbours’ houses or village if there’s going to be a funeral or traditional function. In other words, her house will now be represented and gain some respect if this makoti is well behaved. So, in a traditional sense it was more, if you like, about her physical contribution to the household,” said Mayekiso.

In the show, all four women say they see the 21 days as an opportunity for their partner’s family to get to know “the real me”.

Lindiwe Mkhize, who is a receptionist while her partner Mbongeni Mbalana is a doctor, hopes to show Mbalana’s family that it shouldn’t matter that she isn’t on the “same level” as Mbalana.

Ntombifuthi Zulu hopes other members of her partner’s family will get to know her and warm to her – as she already knows her future mother-in-law dislikes her.

When the women arrive at their partners’ homes, it is immediately made clear that they are expected to wake up early in the morning to make tea for the mothers – and then do the bulk of the domestic chores.

Gcina Mazibuko, married to Sabelo Mkhonto and the only one of the four women who is already married, commented on the expectations: “I’m not the kind of person who fusses over cleaning and all that, but when I think of my man I just think, ‘Let me do it’, so his mother can be proud of the makoti he’s brought home.”

Other women in the show also see it as an opportunity to bond with a future mother-in-law.

However, Mopai doesn’t think ukukotiza is about bonding. “It’s not about the women becoming best friends, it’s about knowledge being passed from one generation to another. If the bonding happens, good for you. If not, that training process between the mother-in-law and daughter-in-law still needs to happen.”

Mopai thinks ukukotiza is necessary, but she admits there are instances where older women and other family members use it to abuse the new woman in the family. “For some mothers, they are harsh with umakoti because they may believe she comes from a soft family and needs to toughen up. They want to test her endurance and her emotional capacity, but that can get out of hand. Some mothers treat umakoti how they were treated and, in other cases, the mother just doesn’t like you,” said Mopai.

Gender activist Mbuyiselo Botha said there were certain cultural practices that entrenched patriarchy but that the woman’s agency also had to be respected. “If a woman and her partner can discuss whether she wants to participate in ukukotiza, and she chooses to do it, that should be respected. But we need to also acknowledge that it can be exploitative and uncaring towards the woman,” said Botha.

Although ukukotiza had a cultural significance, “we need to rethink how it’s done, especially when it’s demeaning to women”, she said.

In Makoti, Are You The One? Mkhonto’s niece decides she won’t do chores and will leave them for Mazibuko to do. “We need to test her by giving her a lot of work and make her sweat,” says the niece, Mbali.

Other mothers-in-law are also difficult. Mpongoma and Zulu are constantly criticised by the older women for being lazy.

In one episode, Mpongoma prepares Sunday lunch for mother-in-law Thembekile Ndebele, but Ndebele is unimpressed as Mpongoma has bought ready-made food. Ndebele comments: “What I find in the kitchen breaks my heart.”

In Zulu’s case, Nozipho Mthembu, her partner’s mother, is stunned that Zulu has gone to a laundromat instead of washing clothes in the river.

When Nhlanhla Dube, Zulu’s partner, is seen being affectionate to her, Mthembu accuses Zulu of putting her son under a spell.

Mthembu’s gripe with Zulu, from before her 21-day stay, is that she doesn’t help in the house. “I only see Ntombi when she comes to visit, but she doesn’t do anything, she just sleeps. Is she here to build the home or to tear it apart?” asks Mthembu.

Despite trying hard to win over the mothers, both Zulu and Mpongoma fail.

Both Mthembu and Ndebele find anything and everything to nitpick about the behaviour of Zulu and Mpongoma – apparently because they simply don’t like them.

Mayekiso said the practice was still common in rural areas, where sometimes men marry specifically for a wife to stay and look after his parents. “Remember, with Africans, the idea of old-age homes is still a bit controversial as it seems like one does not care for parents if they are sent to such places.”

But these days, gender roles and dynamics have  shifted. Tebogo Nganase, a senior lecturer at Sefako Makgatho Health Sciences University, who has written on the subject, said the cultural practice was becoming less common in society due to a number of factors.  Couples often set up their own homes together, as opposed to a woman moving in with her husband and his extended family. Another factor is that “the present-day makoti is a working woman and usually resides closer to her workplace, which does not promote staying with the in-laws”, noted Nganase. DM168