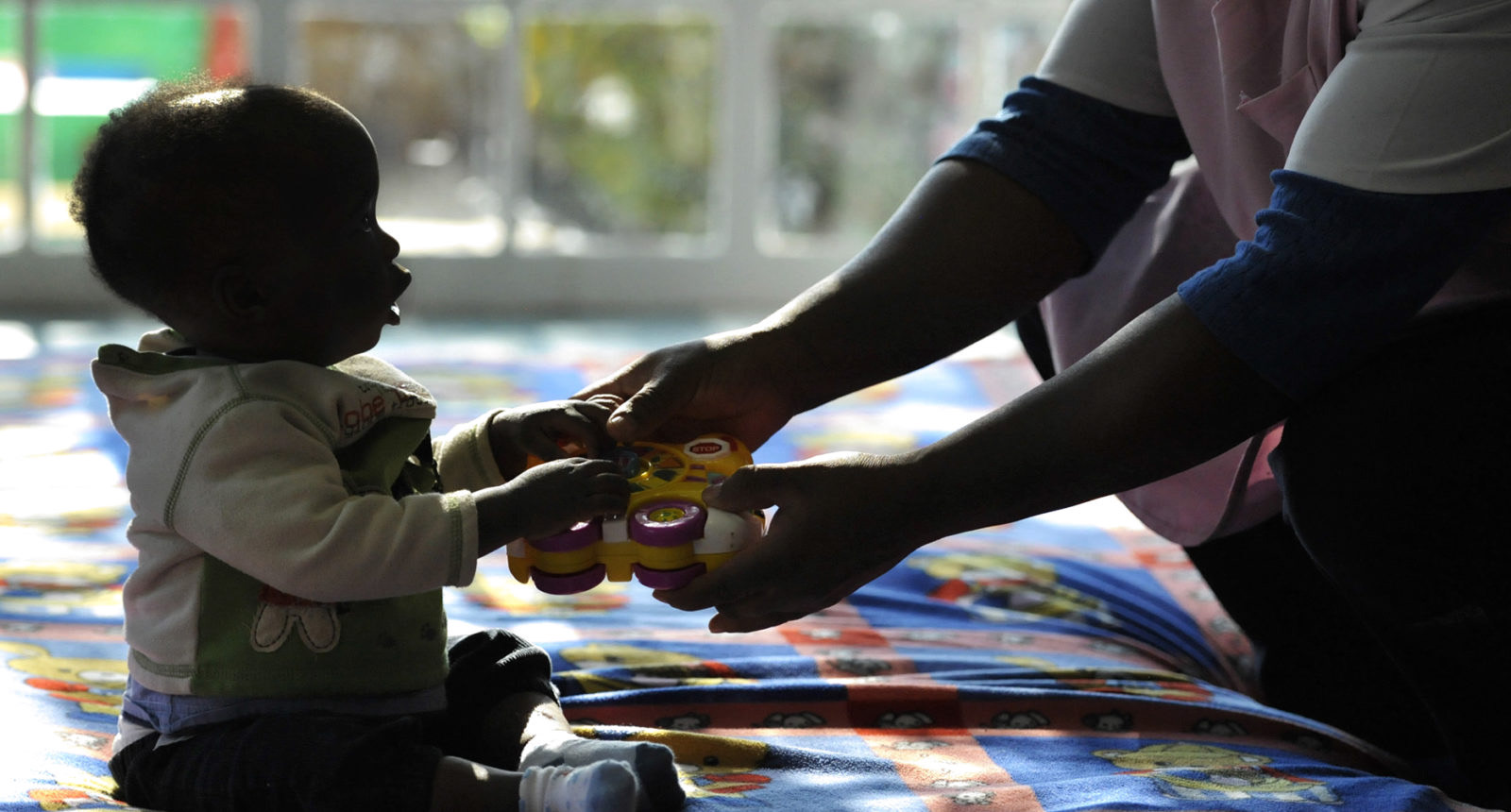 Increasing the Child Support Grant to the food poverty line is one of the ways to mitigate the economic and nutritional impact of the Covid-19 pandemic on all people in South Africa, particularly children. (Photo: Gallo Images / Foto24 / Lucky Maibi)

Researchers say the grant should be raised R624 — the food poverty line.

The Child Support Grant (CSG) should be increased so that children have enough to eat, according to a recent research report commissioned by Black Sash. The report on children, social assistance and food security found that at current levels the grant is not enough.

The report was based on interviews with twelve households in the Western Cape that rely on the grant, and compiled by researchers Dr Chantell Witten of the University of the Free State, Dr Wanga Zembe of the Medical Research Council (MRC), and the Black Sash Research Team.

The CSG is the lowest of all the grants in South Africa. Following finance minister Enoch Godongwana’s budget speech on Wednesday, the grant was increased by 4%, from R460 to R480 per month.

According to the December 2021 release of the Consumer Price Index, inflation for food and non-alcoholic beverages was 5.5% year-on-year.

Over 12 million children benefit from the grant.

The grant must cover many basic needs for a child including food, shelter, clothing and education. However, the report found that the inadequate size of the grant is “wide-ranging and debilitating” for children, their caregivers and the households where they live.

The report recommends that the CSG be linked to an objective measure of need, such as the Food Poverty Line, which is currently at R624 per person.

The participants in the study were based in Langa, Mannenberg, Genadendal, Robertson, Moorreesburg, Masiphumelele, and Lavender Hill.

Household sizes ranged from two to 12 people, and the number of CSGs per household ranged from one to eight. None of the caregivers in the study were formally employed.

According to the report, caregivers and their households faced a constant threat of food running out.

Caregivers had to develop strategies to cope when their households risked running out of money or food before month-end. These included skipping one meal a day, or meal rationing, where all household members, including children, have smaller portions of food to eat at mealtimes.

Caregivers also resorted to buying small amounts of the more expensive food — items such as sugar, coffee, powdered milk, and washing powder — so that they only use these items when needed at a cost of about R2 to R3 per teaspoon.

Foods like fresh meat, tinned fish, eggs, milk or yoghurt were seen as a luxury.

During a virtual launch of the report on Thursday, Dr Zembe said that in households where children were of school-going age, most of the grant went towards the costs of attending school.

This led caregivers to make constant trade-offs between food and other essential needs, such as educational costs, electricity and rent.

Zembe said they had found households where the entire grocery budget for the month was R327, mostly where only one grant was being received, and there was no other source of income.

“So, we can think that R327 is not going to afford food that is of good dietary quality. Amongst all the households, hunger was the norm,” she said.

One of the participants, an unemployed mother from Langa, had no other source of income except the grant she received for her four-year-old child. Zembe said that the mother was facing a lot of anxiety about how her child would transition to primary school. The mother said she had been unable to enrol the child at a crèche, since none of the Early Childhood Development centres in Langa cost less than R200 per month. A decision to send her to the crèche would mean that they would be left with R260, said Zembe.

Caregivers were often forced to buy food on credit, or borrow money from relatives to supplement their groceries, according to the report.

“The caregivers, when they are borrowing, are asking family, neighbours and friends, but these are already struggling networks. These networks also need to sacrifice to assist the caregivers and this is why the caregivers often feel a sense of shame and embarrassment because they know that the person they are asking money from is also struggling,” said Peters.

Witten said the mothers know that their children need more and better food. However, all that is affordable are “cheap, nutrient-limited, starchy, energy-dense foods” offered on sales, like maize meal and rice.

“These are the food survival packs of the poor with limited fresh fruit and vegetables.”