Portraits of Lives Lost: ‘I felt something was wrong’ — the lamentation of a grieving mother 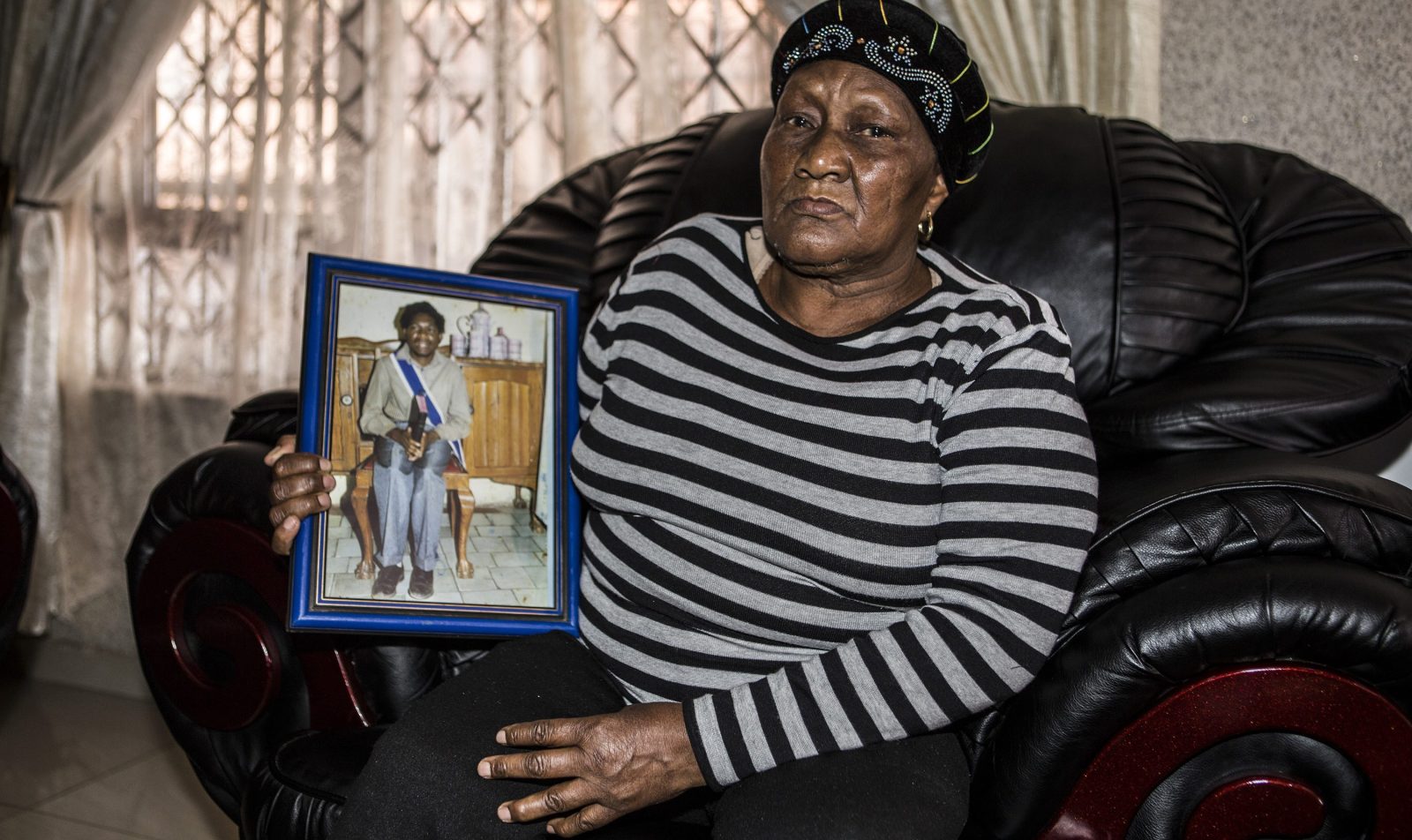 The photograph above was taken at a party at Life Esidimeni Randfontein. Even though he was blind and couldn’t talk, Jeremiah loved parties. His mother Anna, says she really wanted to bring him home for his 50th birthday.

Jeremiah was moved to Cullinan Care and Rehabilitation Centre without Anna knowing and she spent two months desperately looking for him.

“I felt something was wrong,” she says.

In July, Anna eventually found out that he was at Precious Angels. She called and asked the person on the phone if Jeremiah Modise was there and how he was.

“I can’t say anything. Who are you?” the person said.

“I am his mother,” Anna replied and the person put down the phone. She tried calling again.

Eventually, she was called by Precious Angels who told her that Jeremiah had died. If she didn’t fetch the body, they would bury him. Anna then spent three days trying to find Jeremiah’s body.

“My God! All I wanted was my son’s body, and I drove so far just to find him.”

Finally, she found her son’s decomposed body in the mortuary of the hospital.

“I can never forget how he looked there. I can never get that picture out my mind. No mother should have to find her child like that.” DM

This series of weekly portraits of those who died in the Life Esidimeni tragedy and the stories of the loved ones left behind are also available on the website.  www.lifeesidimeni.org.za