Ramaphosa dismisses detractors, urges all to be ‘merchants of hope’ as ANC gets him a pass from Scopa watchdog 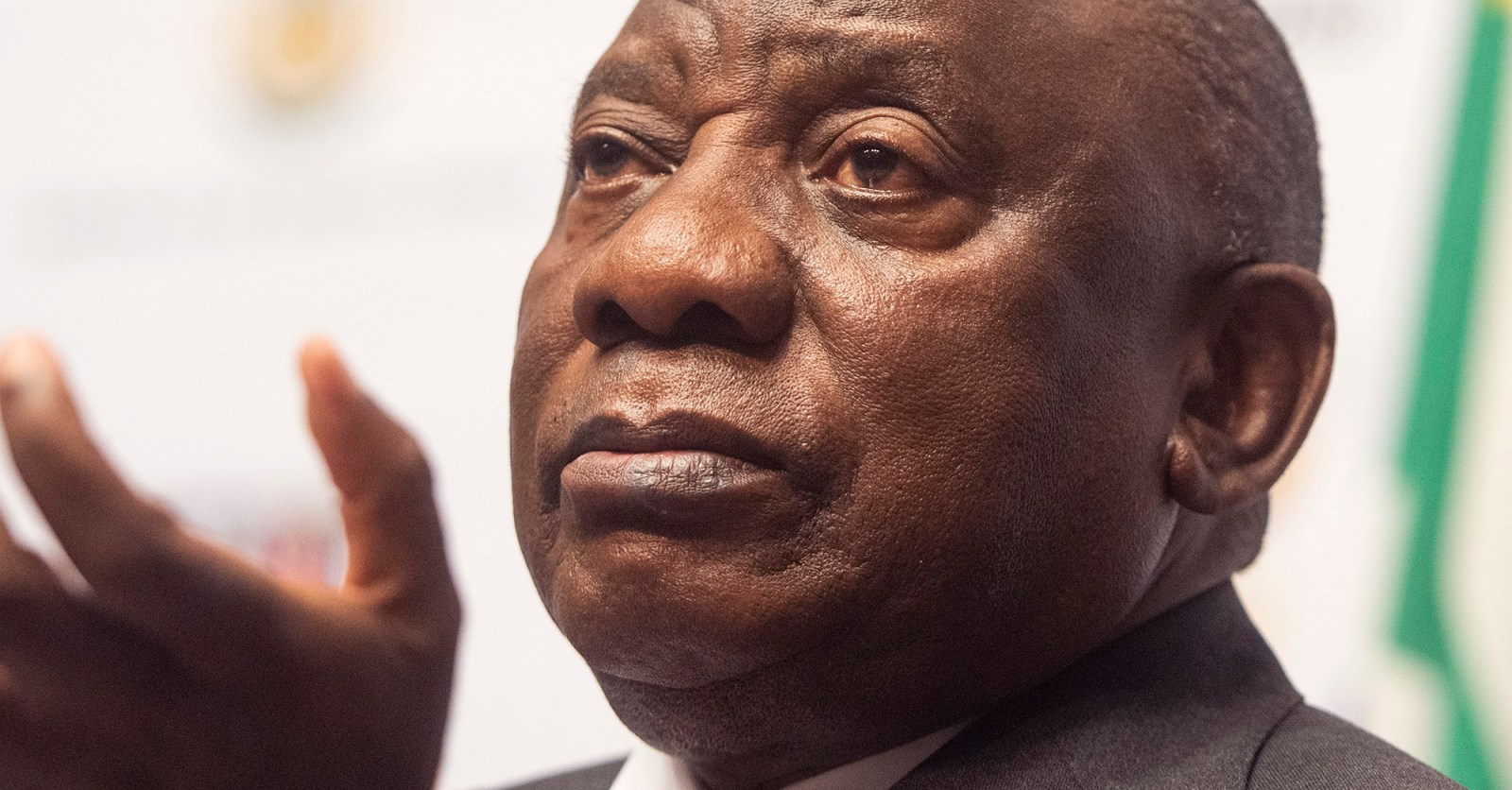 President Cyril Ramaphosa during a briefing at Parliament after his reply to the Sona parliamentary debate at the City Hall in Cape Town on Wednesday, 16 February 2022. (Photo: Brenton Geach)

Just hours after President Cyril Ramaphosa reiterated his administration’s achievements in a 76-minute reply to the State of the Nation Address parliamentary debate, ANC MPs voted down his appearance before public spending watchdog Scopa over comments that public money is used for ANC leadership elections.

IFP MP Mkhuleko Hlengwa, the chairperson of Parliament’s spending watchdog, the Standing Committee for Public Accounts (Scopa), had appealed for a meeting of minds in an increasingly terse evening session.

“The pandemic of corruption will ultimately bring this country to its knees,” he said, highlighting that it was important a discussion should be had with the President.

No meeting of minds was had and it went to a vote, which the ANC with its majority carried.

Ironically, a few hours earlier Ramaphosa had told journalists he had no objection to speaking to MPs, given Scopa’s important oversight role. “I will not see it as an interrogation, but a clarification.”

The question arose in a media briefing just after his reply to the State of the Nation Address (Sona) parliamentary debate. There he was asked about later Scopa discussion on what to do next about his comments that public money was being used for ANC leadership contests, leaked from a 27 March 2021 ANC National Executive Committee (NEC) discussion.

The nub of this, according to the transcript, is this statement: “Each one of us knows that quite a bit of money that is used in campaigning, in busing people around, is often from state resources and public resources.”

Ramaphosa, in a five-page letter to Scopa, confirmed it was him speaking in the leaked audio recording, but said he had been referring only to publicly known matters.

“I do not have any direct and specific information on the alleged misuse of public funds for party political purposes. The statements I made in the NEC meeting were based on allegations already in the public domain and rumours circulating within the organisation and broader society.”

That this arose before Scopa in the first place is the result of ANC internal factional politicking. ANC MP Mervyn Dirks, long associated with the so-called radical economic transformation (RET) faction, in mid-January 2022 wrote to Scopa about the leaked ANC NEC audio.

The response by the ANC in Parliament was whiplash-fast: by 20 January Dirks was suspended pending disciplinary action, and then was removed as ANC member of Scopa, according to the Announcements, Tablings and Committee Reports of 25 January.

But Scopa had decided to pursue the matter as a committee. Its letter to Ramaphosa on 27 January was responded to by 9 February. And a decision on what to do next was up on Wednesday, 16 February.

“We should ask President Ramaphosa to come talk to us and answer some direct questions from us,” said DA MP Alf Lees, saying the responses had been “disappointing”.

EFF MP Veronica Mente agreed. “We can’t really accept this response… The President must be called to the committee to explain.”

But ANC MPs would have none of it. And taking a leaf out of the presidential playbook, they cited the State Capture commission final report by acting Chief Justice Raymond Zondo to kick down the road any action on Ramaphosa’s comments that public money was being used for ANC campaigning.

As ANC MP Bheki Hadebe put it, “Let us wait until the final report from the Zondo Commission for us not to duplicate issues. Once the report is made public, and once we know which organ of state will implement which resolution, we will decide.”

And one by one ANC MPs repeated that line. “We need to await that Zondo report, teasing…” said ANC Sakhumzi Somyo, drawing a line in the sand on further discussions as his party colleagues pushed for a committee vote.

With an ANC defensive line like this in Parliament, perhaps it’s not surprising the President is left to be presidential.

Hitting all the social compacting notes in his Sona reply earlier on Wednesday afternoon, Ramaphosa called for optimism, confidence and recognition of the progress his administration is making.

Ramaphosa situated his administration — “I preside over a Cabinet of ministers in whom I have the greatest confidence” — at the centre of doing just that as part of finding “a new consensus” to rebuild the economy, and through that a South Africa where no one is left behind.

His Presidency was not bloated, or even a parallel structure in government, according to the President, but the centre to drive policy and implementation.

With this, Ramaphosa sought to swat away two central and sharp critiques of his Sona — the DA motion of no confidence in the Cabinet, given various governance failures and State Capture commission findings and the addition of yet another unit in his Presidency, this time to cut red tape as power is centralised there, as Daily Maverick reported here and here.

In a media briefing after his Sona reply, Ramaphosa reiterated his support for ministers, regardless of whether they contradict him in public.

“These things happen in politics where sometimes messages are not communicated [in a way] that demonstrates a tight line. These are matters we are straightening.”

What kept him awake at night, came a question at the media briefing. “The state of our economy, the state of unemployment. It’s a really hard thing to countenance 11 million people out of work,” was the response.

Such messaging amplified what Ramaphosa outlined in his reply to the parliamentary Sona debate, and the 10 February Sona itself.

“Fixing the economy is our most pressing challenge at this moment, and is essential to progress in almost every other area of life,” the President had told parliamentarians earlier on Wednesday.

The details, also of the trade-offs that would have to be made, were kicked to his finance minister, Enoch Godongwana, who delivers his maiden Budget on 23 February.

But in a signal of what’s coming, Ramaphosa repeated his administration’s refrain on the need to manage debt so the ballooning repayments don’t crowd out social spending, while ensuring support for the vulnerable and poor through a social wage that encompasses grants, free education, free health and other support.

As in his Sona, dates and timeframes remained fudgy — both in his reply to the parliamentary debate and the subsequent media briefing.

Asked when he’d announce the new chief justice, the answer was: “Soon”. On when any announcement could be expected on governance, remuneration and other changes at state-owned enterprises, it was: “We will still have to take it through, what I call, the sausage machine.”

Ditto, details on actions against ministers implicated in dodgy dealings, the mooted security sector appointments or even reviewing parliamentary oversight.

Ramaphosa kicked to touch the State Capture commission, which will release its third and final report at the end of February.

A little later on Wednesday, Scopa’s ANC MPs took the same line to ensure Ramaphosa would not be called to the committee over comments that public resources are used in ANC internal leadership contests.

The can has been kicked down the road — again. DM