Something new, something old and something in the makin...

Something new, something old and something in the making — Ramaphosa carefully balances interests 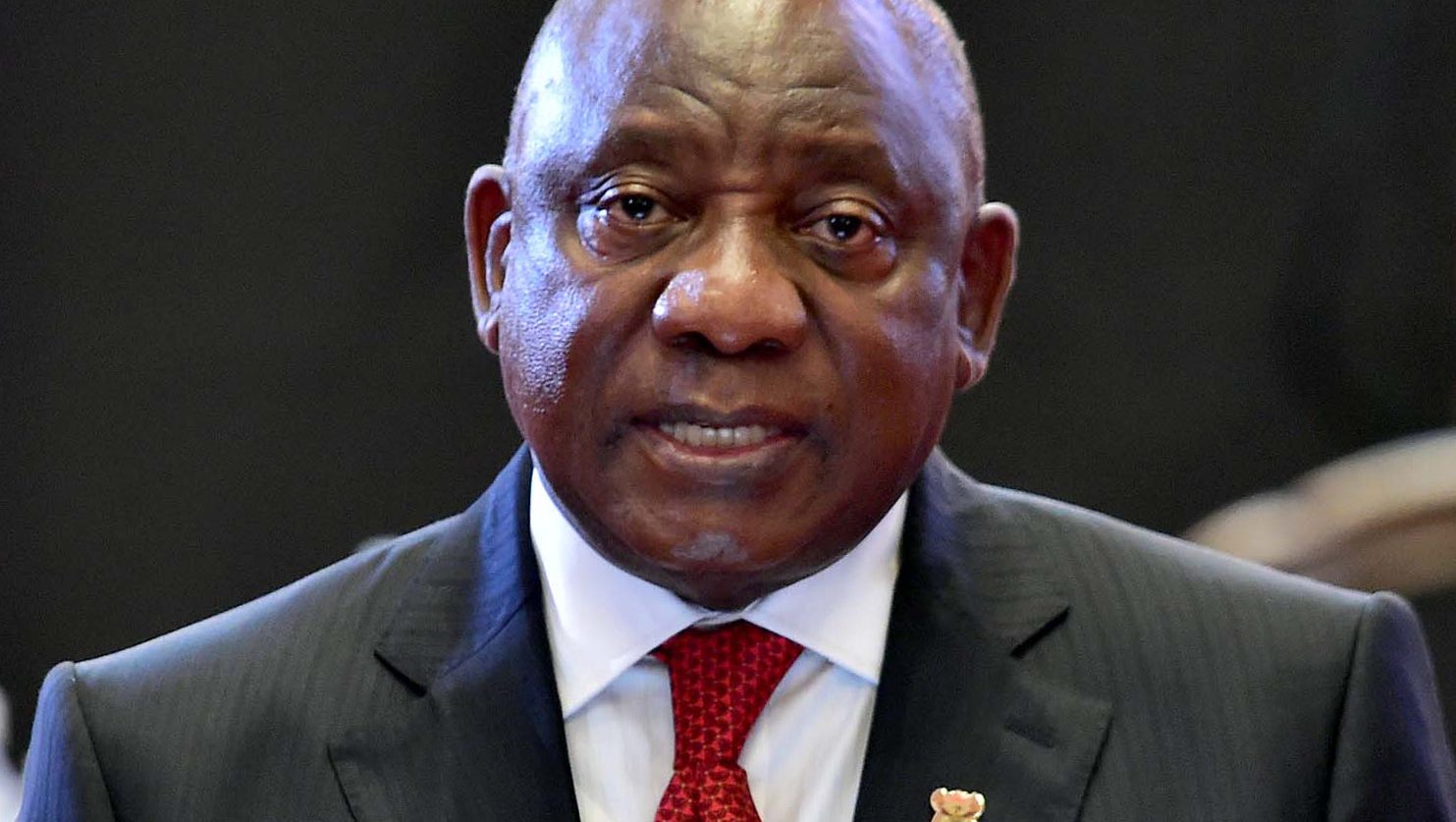 In a State of the Nation Address heavy on the economy, President Cyril Ramaphosa was more precise on regulator reform than on security and anti-corruption measures that remained fudgy vows. It signals a far from the unified front across government.

Talking commitment to “strengthen our democracy and reaffirm our commitment to a Constitution that protects us all”, President Cyril Ramaphosa in his State of the Nation Address (Sona) on Thursday pledged a new social compact within 100 days, “working together to revitalise our economy”, and “an end to inequality and injustice” that impeded South Africa’s progress. No one would be left behind.

To illustrate this, much of his 8,302-word speech — a little longer than the usual around 7,000 words — was focused on regulatory reform to cut red tape, measures to assist small business, improve water management and secure stable electricity.

Part of the something new is the unit in the Presidency to clear bureaucratic obstacles and thus facilitate enterprise. It joins Operation Vulindlela, the joint Presidency National Treasury initiative to overcome governance bottlenecks, alongside the investment and infrastructure office and the project office that drives the Presidential Employment Stimulus in the Presidency. Never mind a whole range of economic change and other advisory councils, including the State-owned Entities (SOEs) Council.

The signal seems to be that unless it’s located in the Presidency, it’s not a given that projects and programmes would be implemented efficiently, effectively and reasonably timeously.

Yet Cabinet taking collective responsibility remains a key leitmotif of the Ramaphosa administration. And so the July 2021 public violence that cost more than 300 South Africans their lives and thousands more lost livelihoods, is not about the security ministries, even though their scattered approach and crossing into operational matters were brought into sharp relief by the presidential panel report released earlier in February.

“We will begin immediately by filling critical vacancies and addressing positions affected by suspensions in the State Security Agency and Crime Intelligence. We will soon be announcing leadership changes in a number of security agencies to strengthen our security structures,” said Ramaphosa.

That’s part of the “something in the making” that emerged in Thursday’s Sona.

Also in the “something in the making” in-tray remains a Basic Income Grant (BIG), effectively income support for 18- to 59-year-olds, despite public and vocal lobbying. “Broad consultations and detailed technical work would unfold”, according to Ramaphosa, who extended the R350 monthly social relief of distress grant for another 12 months to March 2023.

More than 10 million people receive this monthly support, in addition to the 18 million grants such as pensions, foster and child-care grants.

The end of the national State of Disaster declared on 15 March 2020 and the related Covid-19 lockdown — Friday is Lockdown Day 689 — is in the making, pending the finalisation of regulations under the National Health Act and other legislation.

The “something old” was largely a repeat of prior promises, sometimes with a twist like a deadline or new numbers of recruits, as in the revitalised National Youth Service.

The critical skills list also goes back to Sona 2021; it was published on 2 February 2022.

At Sona 2021, Ramaphosa said, “Our ability to compete in global markets depends on the efficiency of our ports and rail network. We are repositioning Durban as a hub port for the Southern Hemisphere and developing Ngqura as the container terminal of choice…”

What Thursday’s Sona has done is to set timeframes: October 2022 for the port partnerships, April 2022 for third-party private operators on some railway lines.

And longstanding talk of regulatory and structural reform was given detail. That included amending the Electricity Regulation Act for a competitive electricity market, reviewing the Business Act, easing small business permit requirements and streamlining the rules in the industrial hemp and cannabis field.

Labour federation Cosatu said the address spoke to the usual common issues — it took on board the R350 grant matter, and the National Health Insurance (NHI) — but was not radical.

“We are worried. They say the crisis is deep. But we don’t have a sense of urgency to arrest the disintegration, to reverse it,” Cosatu Parliamentary Liaison Matthew Parks told Daily Maverick. “It is critical to see these (Sona) commitments are resourced by the Budget in two weeks.”

EFF leader Julius Malema bluntly said Ramaphosa had sold out, pointing to the business-friendly leanings of the 2022 Sona, in a televised interview with Newzroom Afrika, while United Democratic Movement Chief Whip Nqabayomzi Kwankwa, in another televised interview on SABC, pointed to the contradiction of insisting on a developmental state — by definition a state that’s interventionist — and the pro-business regulatory reforms that Ramaphosa had announced.

DA leader John Steenhuisen was just chuffed. The Sona was “commendable” — it “could easily have been a DA speech”. But he also cautioned that the proof would be in the implementation.

“(Ramaphosa’s) realisation, decades too late, that ‘government doesn’t create jobs; businesses create jobs… government must create the conditions that will enable the private sector’, is a considerable departure from his party’s central control-obsessed approach to the economy and jobs,” said Steenhuisen in a statement. “(U)ntil he walks the walk by significantly reforming labour legislation and by downsizing his bloated public sector with its thousands of millionaire managers, that will just remain talk.”

“Yet it highlights the Presidency is indeed super busy on a wider range of fronts and probably more so than generally realised,” he said. “However, the dial is not shifting… Within all this a social compact makes no sense. Government is very clear; what it is doing here means they want to extract unrealistic and non-credible jobs and investment commitments from business, which business simply cannot make…”

“Business was hoping for a greater sense of urgency and a far stronger commitment to accelerating both the reform agenda and infrastructure roll-out. Overall, BLSA believes the president could have done more to address blockages to the efficient implementation of already agreed policy and didn’t go far enough to build confidence that 2022 would be the year of delivery,” she said in a statement.

Ramaphosa, an enthusiastic social compacter, did not set out too many details of this new comprehensive social compact he talked about on Thursday.

He said it would take 100 days to get to that finalised comprehensive social contract “to grow our economy, create jobs and combat hunger”.

This compact would build on the Economic Reconstruction and Recovery Plan that Ramaphosa launched in mid-October 2020. It would retain government priorities of the 2021 Sona, from overcoming the Covid-19 pandemic, infrastructure roll-out, local production, employment stimulus and the rapid expansion of energy generation capacity.

On Thursday, Ramaphosa appealed to everyone to do their bit.

“Let us forge a new consensus to confront a new reality, a consensus that unites us behind our shared determination to reform our economy and rebuild our institutions. Let us get to work. Let us rebuild our country. And let us leave no one behind.” DM