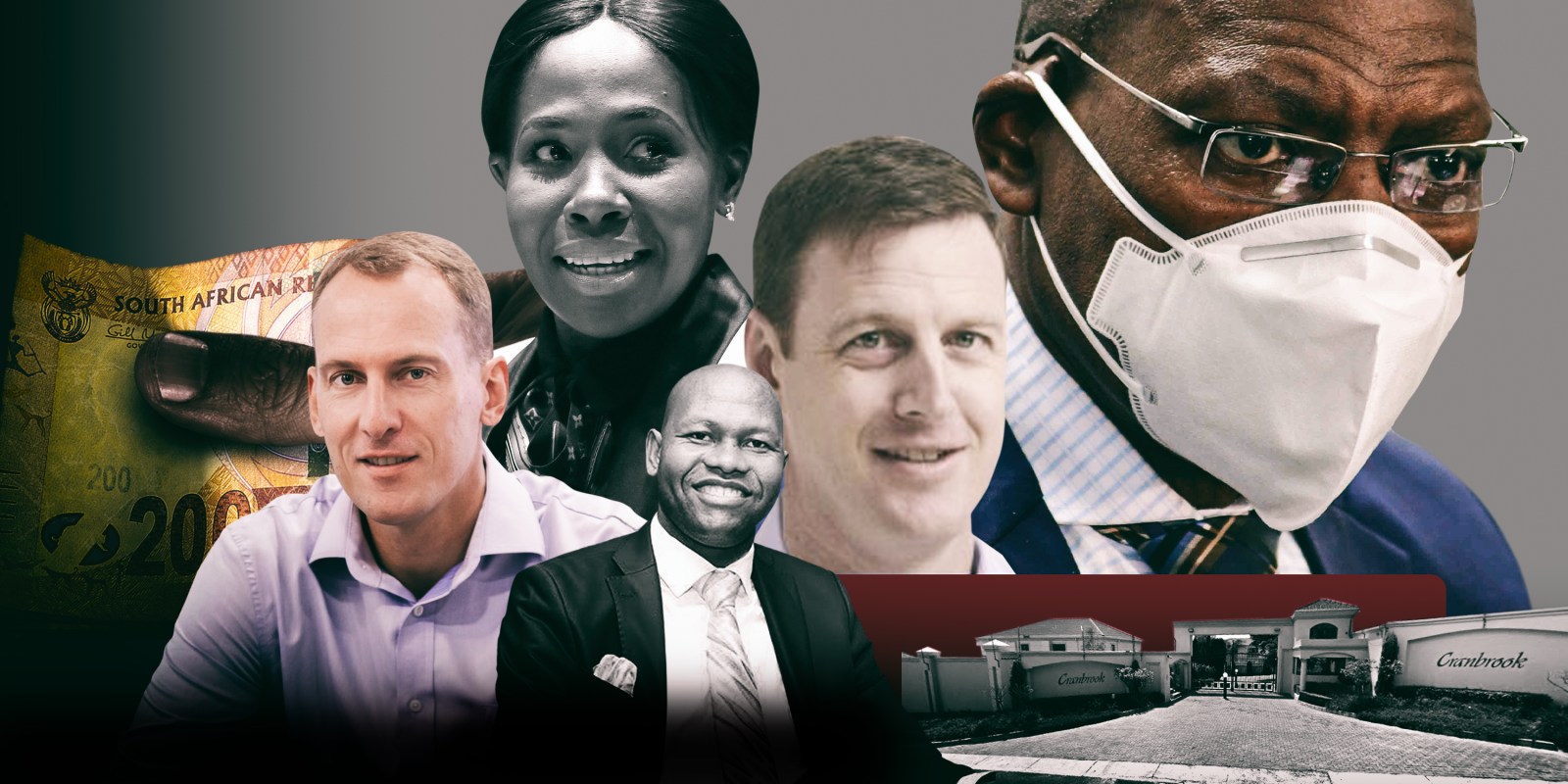 Former ANC treasurer-general Zweli Mkhize’s trust scored an upmarket property thanks to a R1.37-billion Public Investment Corporation deal. It turns out the Unemployment Insurance Fund, which supplied the funding, has lost a staggering R1.8-billion thanks to this transaction and an earlier deal featuring businessman Lawrence Mulaudzi.

The deals were facilitated by the Public Investment Corporation (PIC), the UIF’s investment manager.

Scorpio revealed on Monday that one of Mulaudzi’s companies had scored a R47.5-million “advisory” fee off a R1.37-billion UIF investment in Bright Glacier Trading.

One day after this windfall, Mulaudzi’s company paid R5.9-million to transfer attorneys for an upmarket townhouse acquired by Dr Zweli Mkhize’s ZLM trust.

Shockingly, the R1.37-billion UIF investment, along with an earlier one of R406-million in one of Mulaudzi’s entities, Kefolile Consumer Brands, have both effectively been wiped out, according to the UIF’s latest annual report.

In the R1.37-billion deal, concluded in 2018, the PIC used the UIF funds to buy a 40% stake in Bright Glacier Trading, which in turn bought shares in the holding company of Bounty Brands.

Mulaudzi acted as a dealmaker or “adviser” in this transaction.

Bounty Brands owns and distributes an array of consumer goods products, ranging from Vans and Diesel clothing to Cheerios cereal and Tuffy kitchen and home-care items.

The group recently announced that it had also acquired the sole distribution rights for Reebok in South Africa and other countries in the region.

Sadly, as things stand, the UIF won’t benefit much from this and other Bounty Brands moves.

According to the UIF’s 2019/20 annual report, it had suffered impairment losses on the Bright Glacier investment totalling R549-million in 2019 and R822-million in the previous financial year.

In other words, the UIF has lost the entire R1.37-billion investment.

The problem lay with Bounty Brands, according to the annual report.

Bright Glacier and the UIF’s misfortunes, therefore, stemmed from huge troubles at the consumer goods group.

The PIC in 2016 diverted R406-million in UIF monies to Kefolile in exchange for a 50% stake in Mulaudzi’s business.

Kefolile used this money for a stake of roughly 9% in Bounty Brands.

The carrying value for this investment is now down to a measly R2.7-million, according to the UIF’s annual report, meaning the UIF has lost more than R400-million.

Like Bright Glacier Trading, Kefolile’s fortunes were largely dependent on those of Bounty Brands, seeing as Kefolile’s stake in the business “represents over 95% of the company’s total assets”, according to the annual report.

As a result of the problems at Bounty Brands, the UIF has therefore suffered losses totalling R1.77-billion thanks to the PIC’s decision to invest UIF cash in Kefolile and Bright Glacier Trading.

In light of the UIF’s huge losses, we asked Mulaudzi and Mkhize about their respective windfalls from these transactions, but they did not reply.

As stated, the available information was contained in the UIF’s 2019/20 annual report.

Scorpio wanted to establish whether there had perhaps been any improvement in the UIF’s investments in the subsequent financial year, but the 2020/21 annual report has been delayed.

“At this stage the Fund is unable to provide the up-to-date financial accounts because our financials are subjected to an audit,” stated the UIF.

It added: “The Fund does have a firm understanding of the issue with Kefolile Consumer Brands and Bright Glacier Trading and subsequent interventions undertaken to restore their financial position.”

It sounded like the UIF was considering its legal options.

“The Fund can only implement remedial action in accordance with the terms and conditions of the legal agreements entered into with these two companies, and that is being done.”

Scorpio asked the PIC for a simple explanation as to why its decision to invest UIF monies in the two businesses had gone so horribly wrong.

“There is a court process by investors relating to Bounty Brands which the PIC is not party to and cannot comment on. The current value of the UIF’s stake in Kefolile Consumer Brands will be disclosed to and by the client at financial year-end as usual,” said the PIC.

They all said they were unable to comment on the UIF’s losses.

“As you are well aware, this matter is in the courts at this point. Thus I am unable to make any comments,” stated Molefi.

“The below matter is still before the courts and I am unfortunately unable to comment,” said Rabe.

The civil matter was instituted by Bright Glacier Trading and Kefolile Consumer Brands against Bounty Brands and its principals.

The case largely revolves around a restructuring process Bounty Brands embarked on in 2020 in the face of huge debts and other problems.

According to the court records, Bounty Brands decided to rope in yet more funders in exchange for new equity in the group.

This severely diluted the shares of existing shareholders like Bright Glacier Trading and Kefolile Consumer Brands.

As a result, the value of the UIF’s indirect stake in Bounty Brands had effectively been wiped out.

Scorpio is currently working through more than 600 pages of court records filed in the ongoing matter.

We will publish further reports on this issue in due course. DM