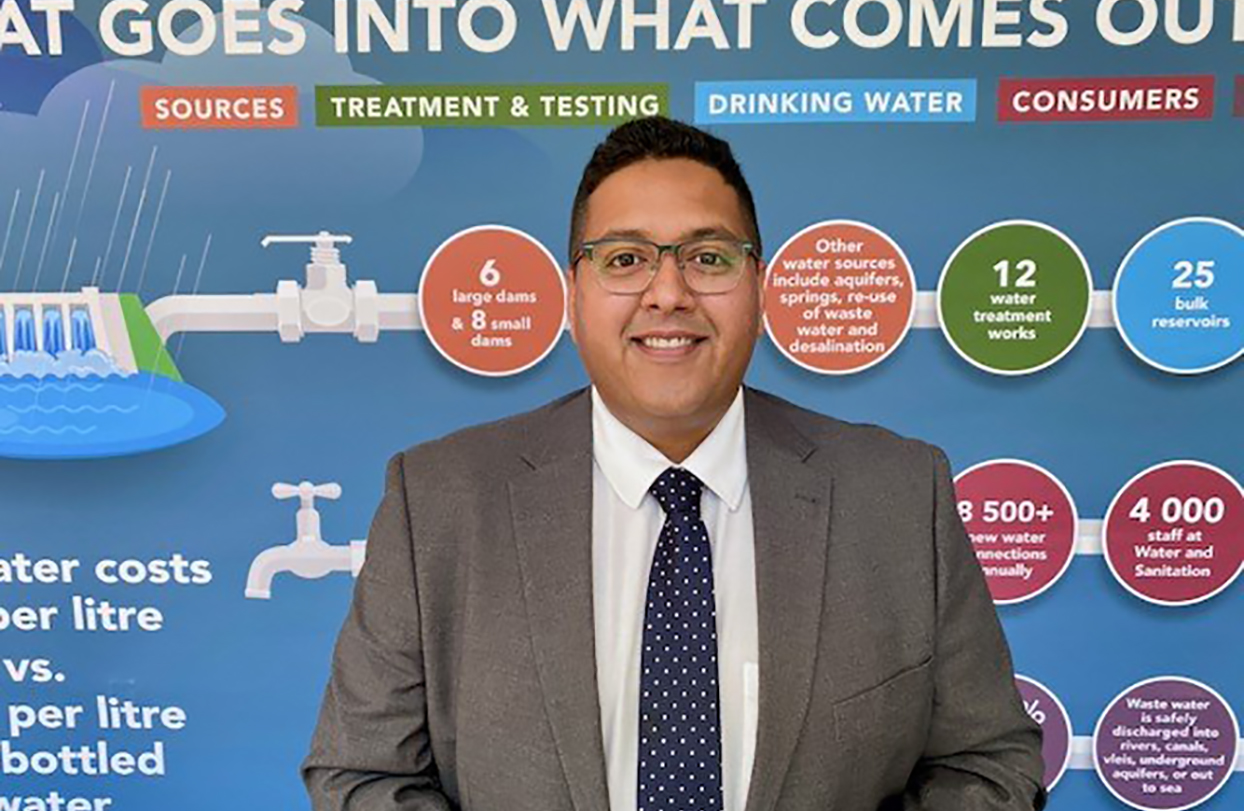 The City plans to spend billions on upgrading pump stations and Wastewater Community Works and will be providing community education to avoid damage to infrastructure.

Sewage infrastructure in the City of Cape Town has worsened over the past few years. The City’s three major recreational vleis were closed for months due to frequent sewage spills. Water quality tests in these vleis showed dangerously polluted water. Blocked drains and sewage spills in townships like Khayelitsha and Phillipi have forced residents to live with sewage in their streets (GroundUp has previously written about this here and here).

We recently reported that pipe bursts have left residents without running water for a week. And in 2020, during the Covid-19 lockdown, Philippi residents protested about overflowing sewage. Experts have said that poorly functioning sewage infrastructure is to blame.

The City is planning to spend billions on upgrading its pump stations and Wastewater Treatment Works. GroundUp interviewed Mayco Member for Water and Sanitation Zahid Badroodien on the City’s plans to tackle the sewage crisis. (The interview has been edited for length and clarity.)

There have been multiple reasons for the pollution in our vleis given by the City. Could you discuss these?

If the pump stations don’t work, they don’t pump the sewage to the Waste Water Treatment Works (WWTWs), and then it overflows. If the pipes are blocked, they can’t get flow to the WWTWs, and they overflow again. The City has identified 20 critical pump stations that need to be upgraded as a matter of urgency.

Pump stations are vulnerable because of age, but also the impact of vandalism and the blocking of the drains as a result of dumping. Our infrastructure can’t keep up with needing to go in almost daily in some communities to prevent these blockages. Let us not forget that pipes don’t block themselves.

What are some of the challenges regarding ageing infrastructure?

It’s difficult to say. What we do know is that there is an assessment underway in critical communities where we are experiencing higher than normal pipe bursts, both freshwater and sewer water. We are prioritising these areas.

On the Cape Flats sewer system, we’re spending almost R700-million just to replace the network and strengthen the network, which will offer a lot of relief to the communities that are impacted.

Regarding WWTWs, which ones are struggling the most and why?

There are three WWTWs that the city is processing at the moment:

Potsdam will be finished in 2026. Those tenders are currently in the public domain.

With Zandvliet we are hopefully going to be able to drive a little bit faster due to the adjustment budget. The work is not as extensive as Potsdam.

And these budgets are huge. Potsdam is R1.77-billion over five years; Macassar is R1.02-billion over six years; and Zandvliet is R587-million over three years.

Those are the top three priorities.

With the upgrades to Potsdam, will the pollution issues in Milnerton lagoon be fixed?

I wish I could say yes. The WWTW is obviously the endpoint for wastewater being transferred from home prior to it being reintroduced into the environment. And so while we are undertaking those upgrades to Potsdam at this moment, we can make sure that from an infrastructure perspective we’ve increased our capacity and we’ve increased the robustness with which we treat our water. But as long as the water remains vulnerable from homes to WWTW, we will always have the risk of pollution entering our water systems.

I am not in the business of blaming our communities. We as a city must make sure our infrastructure is up to scratch before we can say we’ve done everything we could do. That is why we’re driving our infrastructure upgrades. But the impact that dumping has from the informal settlements on both the sewage system and stormwater system is visible.

Residents sometimes don’t appreciate that there are two different systems and not all the water goes to our WWTW. They very indiscriminately chuck their dumping into whatever pipe they can find.

Factors may include reasons relating to inadequate solid waste removal. Granted, we must improve our systems.

And then also removal of informal toilets that we have in our communities. All of those are obviously services the City must improve should that be the reason.

That educational component, partnership with our communities, but also importantly improving our service delivery to these communities are all part of the solution.

What are the City’s long- and short-term plans to fix pollution issues in our vleis and waterbodies?

Most of our recreational lagoons are experiencing pollution from various factors. This is litter, this is … sewage that shouldn’t be making it into the recreational bodies, but does so because of infrastructural issues, pump station breakdowns, overflows along the entire system.

We’re procuring additional vehicles, cleaning the pipes, hiring additional people to make sure that work is being done. We’re expanding our workshop capacity to make sure we have enough spare pumps, generators and materials on standby to respond very quickly. We’re going to be launching a rapid response team that can respond to these acute pollution incidents.

We’re also investigating the viability of a bio-remediation approach, where we are looking at using natural processes to clean our vleis.

We are also increasing our law enforcement capacity in the directorate because we need to. We cannot wait for SAPS or our other colleagues to offer us escorts. This delays the delivery of service and causes sewage to overflow longer than it needs to. Unfortunately our staff are not safe enough to go alone into communities.

And throughout all of this: community — education, communication, and real partnership that we want to drive on the ground with our residents to help protect our vulnerable water.

This way with joint sampling we’re able to get to the bottom of where these discrepancies come from. I will say it openly, if it is that the City has made an error in this space, I will be the first one to admit and apologise for the error.

Why are Camps Bay beach and tidal pool closed?

And that was simply so that we could access the pumps to replace them. We were able to do that by Saturday evening [5 February]. Because of us needing to pump the sewage into the surf, we needed to close the beach to residents, while we took a series of water samples to make sure the water is once again safe to use.

Our pumps aren’t designed to switch on and off as load shedding does. The wear and tear experienced on the pumps is faster than anticipated.

Where are the sewage outflows into the sea around Cape Town? Is it treated sewage?

There are three: Greenpoint, Camps Bay, and Houtbay. It is sewage that has gone through primary treatment. DM

Badroodien has been a member of the City Council since 2016. He is councillor for ward 48.