Rail against the moegoes: Give those pesky Polo drivers a train ticket… please! 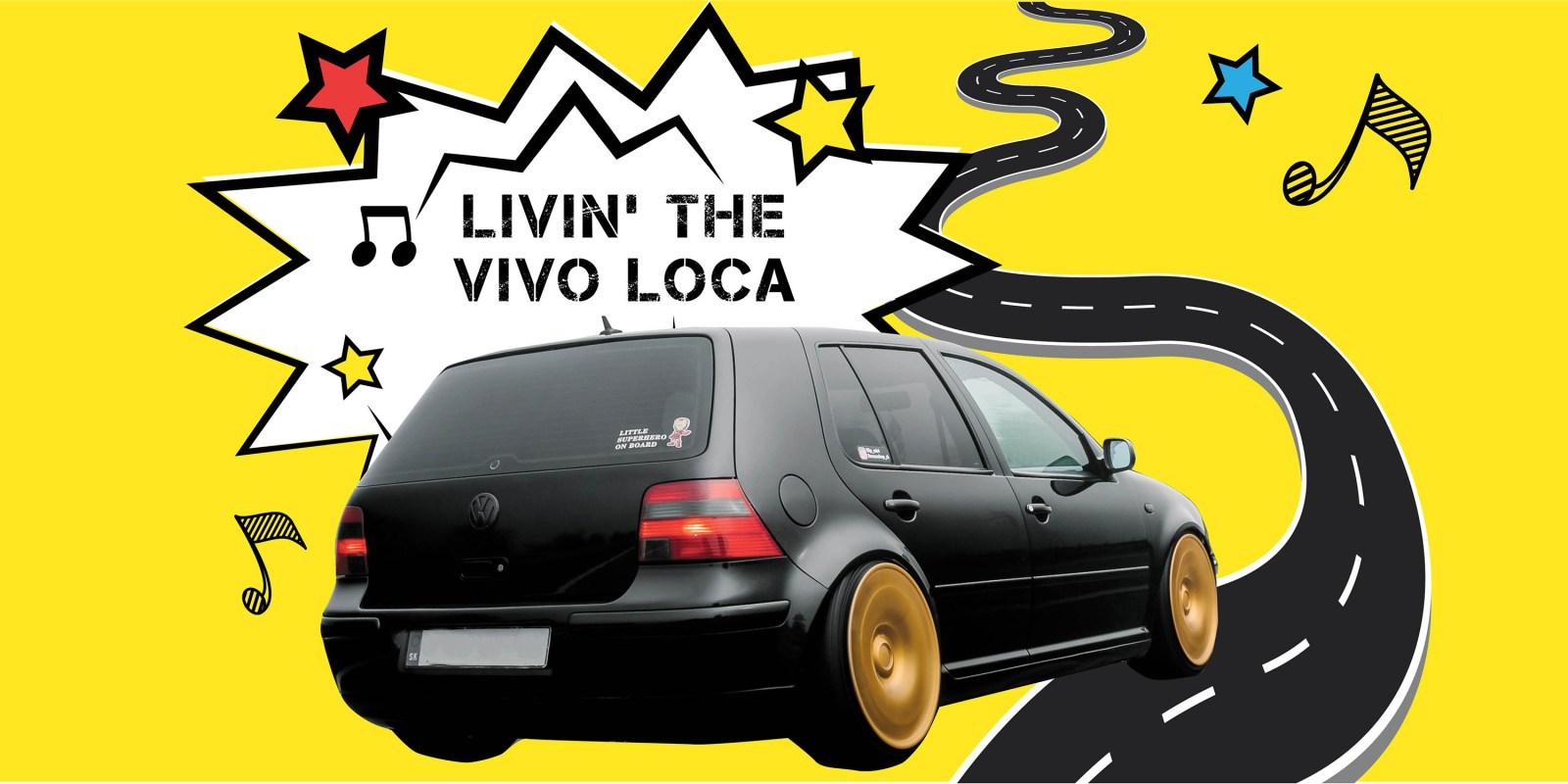 Methinks that with the return of the trains perhaps it’s time Polo drivers – those flirty, disgracefully unstylish scoundrels who can’t drive – surrendered their licences and headed for the train stations.

Seeing passenger trains make a welcome return to certain parts of our troubled country’s rail tracks after a long absence was no less than a miracle. A miracle as rare as witnessing a police officer arrest a corrupt politician or Cyril Ramaphosa firing a non-delivering minister.

While the lockdown saw cops and security guards self-quarantining en masse, thugs who had no fear of either the deadly coronavirus or the authorities made off with hundreds of kilometres of railway tracks and electric cables.

In the expropriation without compensation frenzy of the rail infrastructure, they reduced ticket offices to rubble, stripping off tons of bricks and zinc sheets and window frames – probably to build homes on some expropriated piece of land somewhere.

This theft of a country’s entire rail infrastructure earns South Africa another place in the record books. This is the only country that can claim to have broken the 2,000-year record of the Three Wise Men from the East, whose sudden appearance changed the course of history when they delivered a miracle baby in Bethlehem.

The Gupta triumvirate came from the East, charmed their way into corrupt ANC politicians’ hearts, corrupted them even further, pillaged the country’s fiscus, violated every law ever written in the country’s history and quietly slipped away to God knows where.

Anyway, why am I going on about these crooks who have broken a 2,000-year-old biblical record? The moegoes we need to focus on are those lousy Volkswagen Polo drivers, who, it is said, are as dangerous on our roads as an ANC cadre without matric but are somehow deemed capable enough to hold the position of CFO at a municipality.

VW Polo drivers have somehow set their own grim record as troublemakers on our roads, surpassing even taxi drivers. Just imagine.

South African Fatal Crashes in Context, a study by the Road Traffic Management Corporation (RTMC), found that the moegoes behind the wheel of this popular make by Volkswagen were involved in most car crashes on the country’s roads.

Just imagine being bumped, injured or even getting killed by such an uninspiringly designed vehicle? What will you tell the ancestors when you arrive on the other side – that you were killed by a car driven by a guy wearing sharp-pointed shoes, tight-fitting pants and an equally tight-fitting white shirt? Sies!

The RTMC study further found that VW Polo drivers also accounted for the highest number of speed infringement fines issued. And to think these are usually people with fewer than 52 payslips behind their working lives!

These Polo drivers must really be ashamed of themselves. They even overtook the records set by the country’s traditional road slaughterers – the men behind the coffins-on-wheels called taxis. Well, at least according to the bright guys behind the study by RTMC.

The other culprits are Toyota Hilux, that skorokoro bakkie favoured by rural Zulu taxi bosses and Vendas from the far north who make their fortune peddling avocados and mangoes. The Toyota Quantum, the country’s national working class’s carrier, is also there in the mix, accounting for 43.2% of fatal crashes.

Methinks that with the return of the trains perhaps it’s time Polo drivers surrendered their driver’s licences and headed for the train stations. By the way, these chaps are notorious for frequenting shisa nyamas and spending their meagre earnings on any new brand of liquor while home is some sparsely furnished back-room ekasi.

Apparently they are a flirty bunch who are behind a string of broken marriages and relationships. They are said to have a liking for girlfriends and wives, as long as they belong to someone else. Perhaps someone needs to conduct a study on this. Or perhaps President Ramaphosa can help us with another commission?

How these Polo drivers managed to get their licences is another story. I’m sure many would agree with my humble observation that these fellas can barely understand the rules of the road.

Instead of indicating that they are turning left, they switch on the hazards, leaving the driver behind them confused. They don’t think twice about overtaking on a solid white line on a blind rise or making a dangerous U-turn on a busy road to chat up a pedestrian with an S-Class-shaped body.

I don’t know who told these scoundrels that all of us are interested in their taste in music. They play their nonsense so loud one wonders if they can even hear themselves think. I have yet to come across a Polo driver who plays decent beats – even those who look on the wrong side of 40 seem to prefer this coordinated noise they pass for music.

In fact, since our police commissioner appears to be on the ropes for alleged incompetence, perhaps he should prove his worth by arresting any moegoe aged 40 and above who drives or owns a VW Polo. Anyway, let me end here. But before I do, let me just say that ditching the VW Polo for the train could save the guys a lot of money – what with the ever-escalating fuel price. They could save up enough to increase their girlfriend allowances and perhaps buy a decent bed.

Those in the know say many of these guys would rather sleep on a foam mattress or on the back seat of the VW Polo than sacrifice their shisa nyama and girlfriend budgets. A disgracefully unstylish bunch, if you ask me. DM168

Mr Styles is the former president of the Organisation for Stylish People of South Africa (OSPOSA). He is against anything and anyone unstylish.