Former pope Benedict and sex abuse: The struggle for ac...

Former pope Benedict and sex abuse: The struggle for accountability 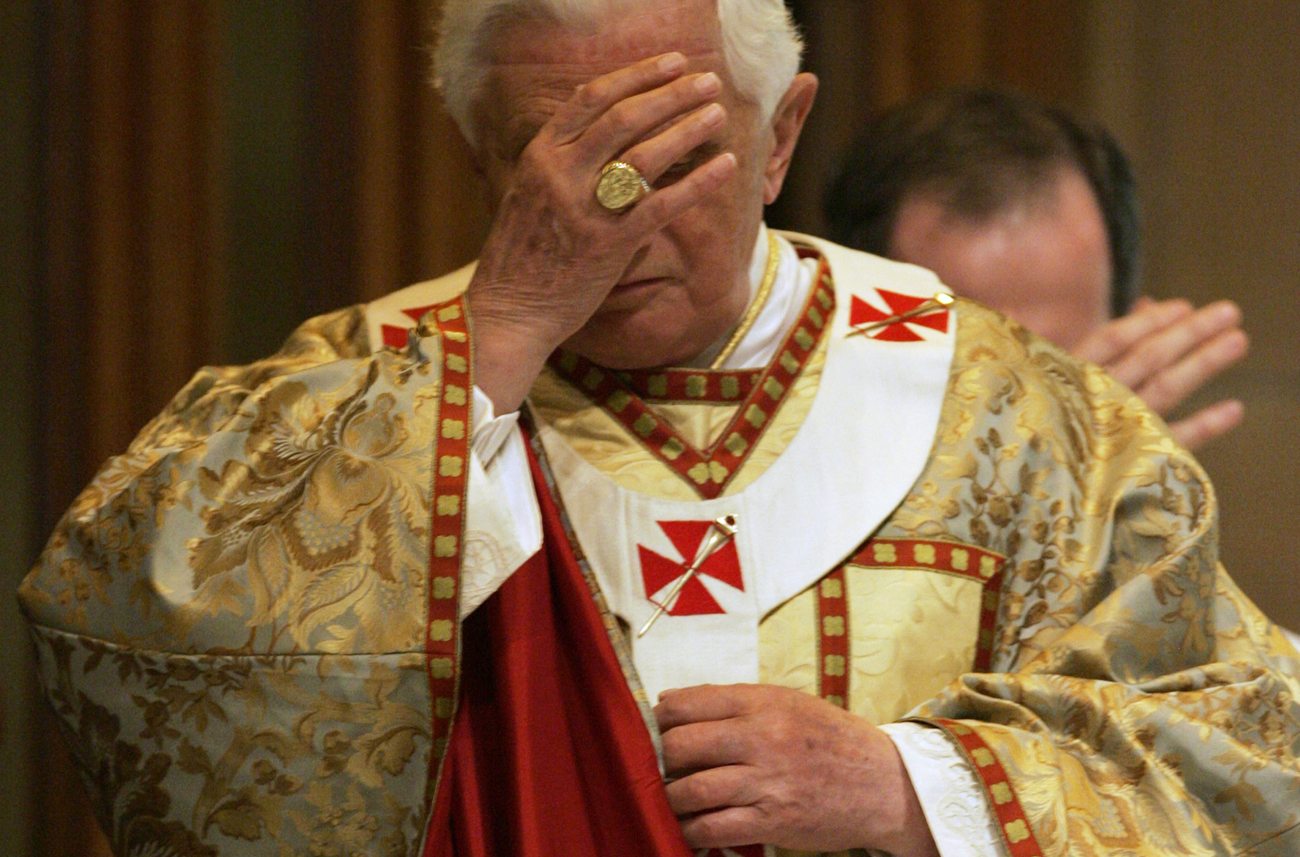 In the past month, a report by a German law firm cited former pope Benedict XVI for mishandling sexual abuse cases while he was Archbishop of Munich. He initially denied any knowledge of the cases. Then he changed his statement and said he had known, and that it was a typing error. This week he wrote a personal letter lamenting abuse, saying he was ‘drawn into this grievous fault’. He stopped short of an apology.

On 20 January, a report was released on sexual abuse in the Catholic Archdiocese of Munich and Freising. The two-year investigation, by German law firm Westpfahl Spilker Wastl, was commissioned and paid for by the archdiocese headed by Cardinal Reinhard Marx.

The lawyers who presented the report dubbed it a “litany of horror” and spoke of the “total failure” of a system until at least 2010. The report identified 497 victims and 235 abusers, but the lawyers believe the numbers could be higher.

In the report, the former archbishop, Cardinal Joseph Ratzinger – now known as retired Pope Benedict XVI – is cited for mishandling four cases during his tenure between 1977 and 1982.

In these four cases, the investigators concluded that Ratzinger can be accused of misconduct. Two cases involved perpetrators who offended while he was in office. They were punished by the judicial system but were kept in ministry without express limits on what they were allowed to do. No action was ordered under Church law.

In a third case, a cleric who had been convicted by a court outside Germany was put into service in the Munich archdiocese and the circumstances reveal Ratzinger knew of the priest’s previous history, said Martin Pusch, one of the report’s authors.

When the clerical abuse scandal hit Germany in 2010, attention was around another case: that of a suspected paedophile priest whose transfer to Munich to undergo therapy was approved under Ratzinger in 1980. The priest was allowed to resume ministry, a decision that the Church said was made by a lower-ranking official without consulting the archbishop. In 1986, the priest received a suspended sentence for molesting another boy.

Retired Pope Benedict XVI submitted an 82-page statement to the law firm denying any wrongdoing during the investigation. In the statement, he said he had “no knowledge” of their deeds. He claimed that he was not in a meeting that decided on the fate of the priest who was a repeat offender. The legal team said they had evidence to suggest he was present as archbishop.

On 24 January, the former pope (through his personal secretary, Archbishop Georg Gänswein) made another statement saying the first statement was “objectively incorrect” and that he was, in fact, present at the meeting. Benedict said he “would like to emphasise that this was not done out of bad faith, but was the result of an oversight in the editing of his statement”.

Gänswein said that Benedict was “very sorry for this mistake and asks to be excused”. He also said Benedict would study the report and respond.

On 8 February, Benedict responded in a two-page personal letter. He thanked a small group of friends who helped him prepare his response to the German report. He apologised for the past failings in the Church but stopped short of a personal apology.

Benedict became the first pope ever to meet with survivors of clergy sexual abuse and during the final two years of his papacy, he removed nearly 400 priests for abuse.

In the letter, Benedict reflected on his meetings with sexual abuse survivors during his travels around the world while serving as pope from 2005-13.

He writes: “I have seen at first hand the effects of a most grievous fault. And I have come to understand that we ourselves are drawn into this grievous fault whenever we neglect it or fail to confront it with the necessary decisiveness and responsibility, as too often happened and continues to happen…

“As in those meetings, once again I can only express to all the victims of sexual abuse my profound shame, my deep sorrow and my heartfelt request for forgiveness.”

Benedict XVI’s credibility and integrity will now be compromised.

There is a question about whether the frail 94-year-old penned the 82-page statement or not, in which he said he knew nothing about the perpetrators in Munich. He or his aides should have been acutely aware of the fact that they were doing him a big disservice by not admitting he was present. The legal team found minutes indicating he was present.

Sadly, from 2001, when then-Cardinal Ratzinger was working in Rome (appointed by Pope John Paul II in the 1980’s), he himself expedited the process for laicising priests who were guilty of abuse. After he became pope in 2005, he did address this issue in the Church publicly. This will take a back seat as he will now be cast as the pope who was economical with the truth.

There is an exhausting ongoing struggle for the Church to take responsibility and be accountable when it comes to sex abuse.

Benedict’s sentiment that “we ourselves are drawn into this grievous fault” suggests that he still doesn’t realise his own responsibility, or the institution’s responsibility. Being drawn or dragged in doesn’t suggest willingness to be accountable. It jars.

German victims of abuse reacted with outrage this week to Benedict’s letter.

“The one thing everybody expects from him is to say, ‘I made a mistake. I’m sorry. I should have acted differently back then. And I’m sorry’,” survivor Doris Reisinger told the National Catholic Reporter.

“It’s such a very public demonstration of how this institution has not really even begun to understand what they did to us”. She described the letter as a “deflection of personal responsibility”.

Benedict’s letter represented an “alienation” from the realities of survivors and was another symptom of church leaders seeking to protect the institution at any cost, said historian Joachim Käppner.

Matthias Katsch, a survivor of abuse, told the National Catholic Reporter that he felt Benedict’s response was professionally curated and focused on his insistence that “he did not make juridical mistakes… He’s not talking about his personal responsibility.”

German Jesuit priest, Dr Hans Zollner, a leading expert on sexual abuse in the Church, said Benedict’s response was primarily theological in nature, and one in which the retired pope did not take any personal responsibility.

In response to Benedict’s latest letter, Zollner said in an interview with Italy’s La Repubblica: “I am not the judge of the pope emeritus, but it is striking that he thanked his friends first and only after, the victims.”

It is disappointing that the former leader of the Catholic Church did not say, in his latest letter, “I am sorry for what has happened”. This could have gone a long way to show victims that their pain is being acknowledged and that responsibility and accountability matter.

The struggle for justice continues. DM