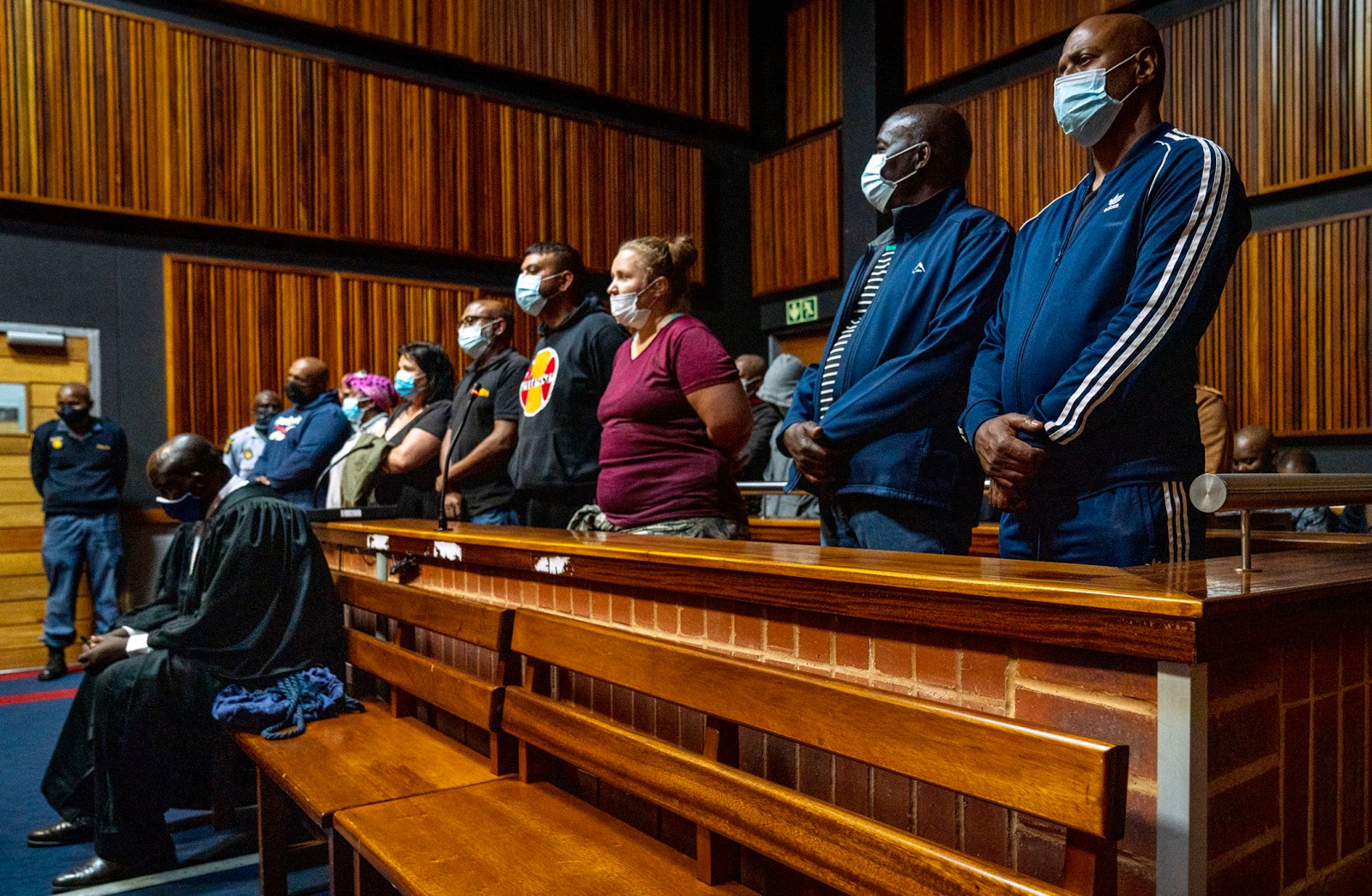 This week saw police and former police officers among the 15 accused in the R1.9-million SAPS PPE corruption case begging the court to free them on bail. They are charged with having unlawfully benefited from the supply of latex gloves to the South African Police Service.

Twelve of the accused in the South African Police Service PPE tender corruption case applied for bail at the Palm Ridge Magistrates’ Court on Wednesday. Five submitted affidavits outlining why they should be freed.

The 15 accused face a range of charges including corruption, fraud, theft, forgery, uttering, assisting another person in benefiting from the proceeds of crime and acquiring, possessing or using the proceeds of unlawful activities.

On Thursday, the court heard the affidavits of six former police officers who are among the 12 accused seeking bail. The officers said they deserved to be released on bail because the State did not have a solid case against them.

Naipal and Makhetha held the rank of lieutenant-colonel, while Ramanjalum and Mogotlane were brigadiers. They all deny the charges against them and are challenging the decision by their employer to dismiss them.

Ramanjalum is out on bail in a multimillion-rand blue light tender corruption case.

Ramanjalum claimed the State had a weak case against them and said it would eventually crumble.

“If there was legitimacy to the State’s allegations, it wouldn’t have taken them two years to charge me. I did not benefit because I had no business relationship with [Kishene] Chetty,” said Mogotlane.

The ex-cops claimed the State was reviewing past cases in a bid to nail them.

Ramanjalum denied knowledge of the allegations against him and claimed he had left the police when the tender for which he was arrested was awarded.

Earlier on Wednesday, retired general Mokwena advanced his own reasons that he should be granted bail. He said that on the day he was arrested, he was due to have an operation.

“I told the investigators about my pending operation but I was ignored,” the ex-cop said. He added that his life would be on the line if he was not operated on and said he also possessed a (hospital) admission letter.

However, prosecutor Tilas Chabalala was unfazed, telling Mokwena that he and Kishene Chetty had collaborated in a scheme of fraudulent police tenders. Chetty is the alleged ringleader in the scheme to defraud the SAPS. He is the owner of the companies awarded the unlawful contracts.

“Chetty settled your legal bills in the other matter after his awarding of a tender by the SAPS.” Chabalala said this was done to return the favour after Mokwena had tenders awarded to Chetty.

On Tuesday, three of the 15 accused – Salamina Khoza, Isaac Majaji Ngobeni and Stephinah Mogotle Mahlangu – were released on bail of R5,000 each. The State had asked Khoza’s bail to be fixed at R20,000, arguing that she was the sole director of at least three companies that had netted more than R3-million from the tender.

Mokwena told the court that he had been “constructively dismissed” from the SAPS. He said he would report for work, but had nothing to do except sit in the boardroom. He said he had been earning a lieutenant-general’s salary at State expense until he decided to call time on his career.

“There was no internal disciplinary measure taken against me,” Mokwena said. The ex-cop wept and begged the magistrate to release him, claiming that he was sick and faced imminent death.

Mokwena has been on the wrong side of the law before. He was first arrested for the blue light tender fraud for which he is currently on bail. His second arrest related to the multimillion-rand police vehicle markings tender scandal. That case was struck off the roll.

Mokwena said he was going to plead not guilty in the blue light tender case and told the court that he could not afford any amount of time behind bars.