‘I don’t have a soft spot for Ramaphosa’: Dunstan...

‘The facts are there, I don’t have a soft spot for Ramaphosa’: Dunstan Mlambo grilled on rulings critics say favoured the President 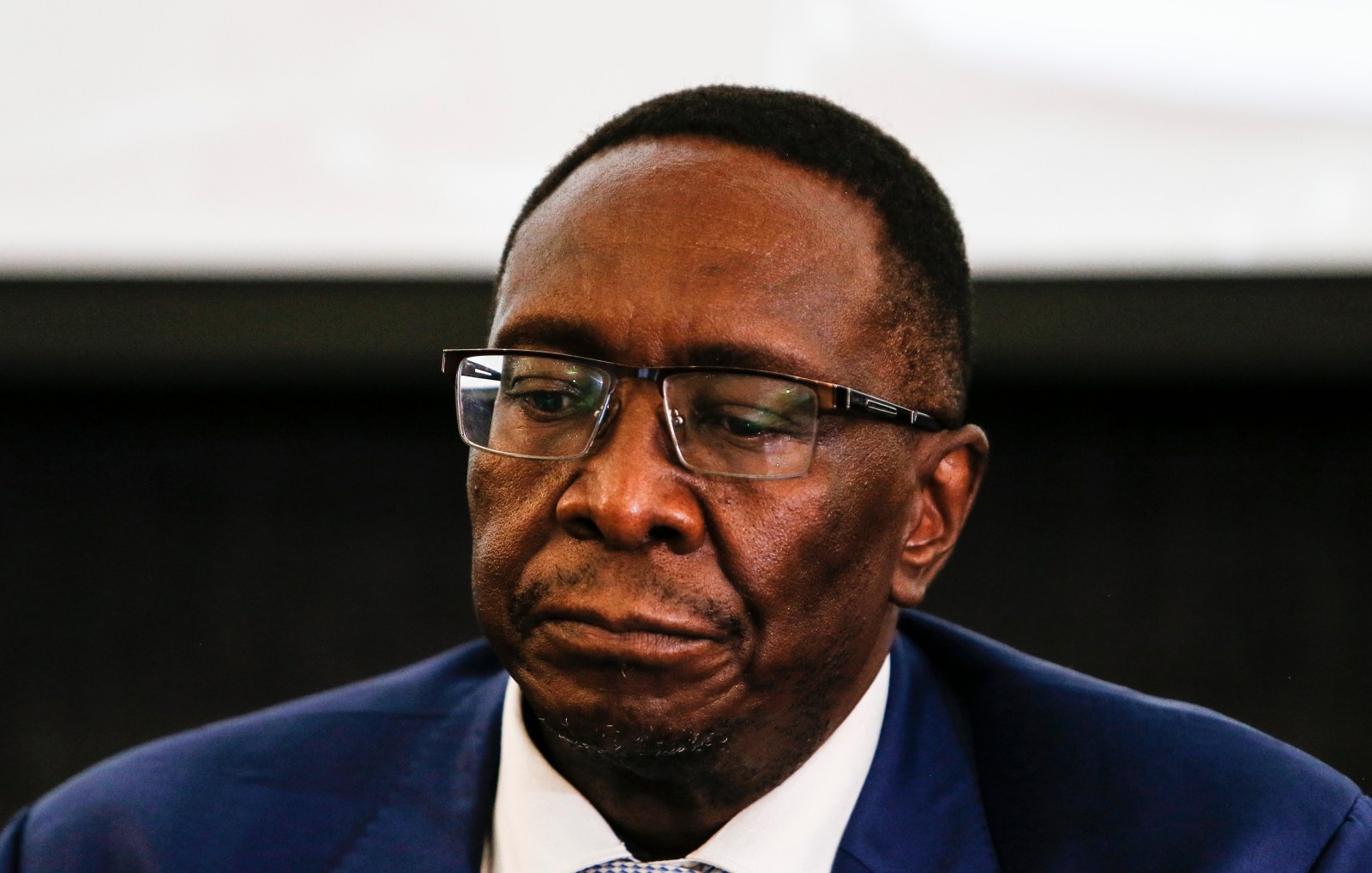 Judge President of the Gauteng Division of the High Court Dunstan Mlambo at the Park Hotel in Sandton for his interview for the position of Chief Justice on 3 February 2022. (Photo: Felix Dlangamandla/Daily Maverick)

On Thursday, Judge President Dunstan Mlambo was grilled by the Judicial Service Commission on his rulings, which some have perceived as favourable to President Cyril Ramaphosa.

On the third day of the Judicial Service Commission (JSC) interviews, Judge President of the Gauteng Division of the High Court Dunstan Mlambo was grilled on his rulings which were perceived to be in favour of the current administration.

“The undercurrent is that you seem to be favourable to President [Cyril] Ramaphosa and not as favourable against President [Jacob] Zuma,” said commissioner Griffiths Madonsela, who is an advocate.

“People are free to believe whatever they want, but the facts are there. I do not have a soft spot for President Ramaphosa,” said Mlambo.

Madonsela was referring to some of Mlambo’s rulings, which included his finding that Public Protector Busisiwe Mkhwebane displayed a lack of basic understanding of the law and was reckless in reaching serious findings against Ramaphosa in her report on the CR17 campaign.

In another 2017 ruling, Mlambo ordered National Prosecuting Authority boss Shaun Abrahams to vacate his office. He ruled that Deputy President Cyril Ramaphosa must appoint a new NDPP within 60 days, giving Ramaphosa the responsibility because Zuma was found to be “conflicted”.

Madonsela made it clear that Mlambo’s perceived bias towards Ramaphosa were not his views but he thought “it was fair for them to be ventilated here”.

Mlambo said: “It’s not my function as a judge to keep tallying to say ‘this administration won four times, so now they need to lose’. I don’t do that. It’s completely unfortunate that there are people who are saying that I was unfair against the former president. I value my independence, my impartiality and my open-mindedness.”

Mlambo also said that generalisations that he was more favourable to Ramaphosa were unfair and that there were instances where he had ruled against the current administration. For example, Minister Pravin Gordhan had wanted a declaratory interdict against Oakbay, but he didn’t get it.

Another commissioner, Justice Minister Ronald Lamola, asked how Mlambo would deal with disciplining colleagues “because you guys often talk about knowing each other for 20 years”.

Mlambo responded: “The fact that we know each other can’t be an impediment to doing the work.”

Commissioners Dali Mpofu and the EFF’s Julius Malema asked Mlambo about sexual harassment allegations that have been levelled against him.

“It is a rumour that has no substance,” Mlambo replied.

Commissioner and Speaker of the National Assembly Nosiviwe Mapisa-Nqakula followed up on the sexual harassment allegations by asking when Mlambo first became aware of the rumours. “If you want a profession that gossips, go to the legal profession. They gossip all the time… it started now during the Chief Justice process.”

Mlambo said a retired judge had informed him about the allegations but that he didn’t know the alleged accuser’s name, adding that it “pained” him that the allegations had come up during his interview.

Attacks on the judiciary

Mlambo shared his seven-pillar vision for the Office of the Chief Justice, which includes a communications policy “to allow judges to timeously respond to attacks against us”.

“It’s important that we are able to communicate effectively and dispel whatever perceptions that are there in terms of what we do as a judiciary,” he said.

Over the past two days, candidates have been asked how they would respond to criticism of the judiciary in the media. As Rebecca Davis wrote about Judge Mbuyiseli Madlanga’s interview on Monday, commissioners’ recurring questions on this were a thinly veiled reference to the recent controversy surrounding Tourism Minister Lindiwe Sisulu.

Regarding what factors may not work in Mlambo’s favour in securing the Chief Justice seat, Judges Matter wrote: “For reasons which are not clear, Judge President Mlambo has until this year not acted as a judge of the Constitutional Court, much less served as a permanent judge of the court. So, as with Justice Maya, he might be seen as too much of an ‘outsider’ to be appointed ahead of judges who are already members of the Constitutional Court.”

His tenure in the Labour Court did not last long, as he moved to the Gauteng High Court, Johannesburg in 2000, and spent five years there. In 2005 he was promoted to the Supreme Court of Appeal, one of the first black judges in that court.

The fourth and final candidate interview will be on Friday, with Deputy Chief Justice Raymond Zondo.

A total of 23 commissioners sit on the JSC, comprising members of Parliament and representatives of the National Council of Provinces, attorneys, the Chief Justice and a representative for judge presidents. DM