Another blow for Peter Moyo as high court throws out hi... 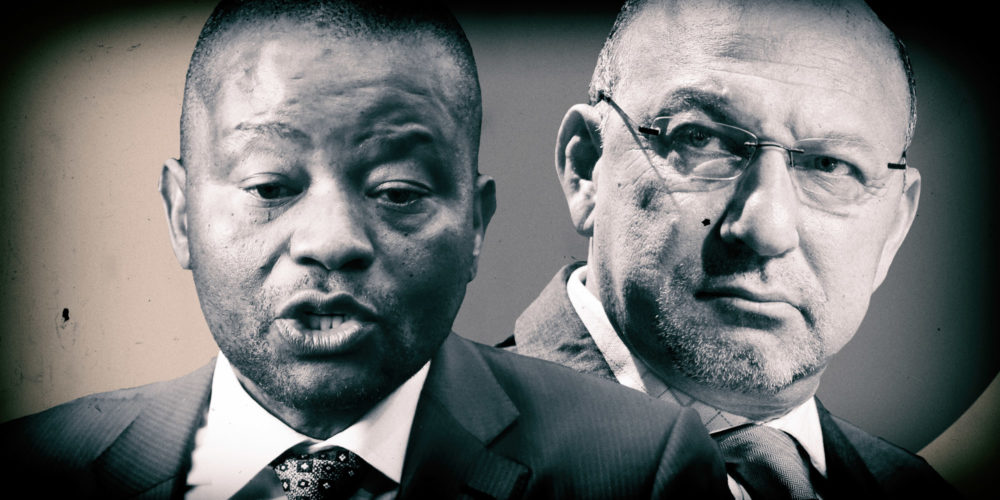 The latest court ruling has affirmed Old Mutual’s right as an employer to dismiss an employee that it has accused of gross misconduct and believes its relationship with them has broken-down irreparably.

Old Mutual has scored another victory against former CEO Peter Moyo as the High Court in Johannesburg has thrown out his demand for R250-million in damages and claim that he was wrongfully fired from his top job nearly three years ago.

Judge Gregory Wright found that Moyo failed to produce evidence that Old Mutual acted in a wrongful manner or caused him contractual and reputational damages when South Africa’s second largest insurer fired him in June 2019, citing a conflict of interest on his part.

In a blow to Moyo, Wright also ordered him to pay Old Mutual’s legal costs, including those of two senior and two junior counsel.

Business Maverick understands that Moyo’s legal team, led by Dali Mpofu SC, was, at the time of writing, yet to decide on whether to appeal against Wright’s ruling at a higher court. Moyo’s legal team said a decision would be announced soon.

Moyo has already told the high court that he doesn’t want a protracted fight with Old Mutual because his legal bills were piling up. To speed up his case against Old Mutual, Moyo abandoned his demand for reinstatement as the insurer’s CEO but demanded contractual and reputational damages from Old Mutual amounting to R250-million. Moyo wanted R230-million for contractual damages, arguing that he would have earned this amount if he completed the four-and-a-half years remaining in his employment contract. Another R20-million was for the “insults” that Moyo suffered as he accused Old Mutual and its board of making racial and xenophoic slurs against him in the media because he was born in Zimbabwe.

To recap: Moyo was fired for allegedly pocketing dividend payments worth R30.6-million linked to an investment holding firm he co-founded called NMT Capital – in which Old Mutual had a 20% stake, which it acquired in 2005 as part of a Black Economic Empowerment deal.  Moyo chaired an NMT Capital meeting on 4 July 2018, where he allegedly declared an ordinary dividend worth R105-million and allegedly paid himself dividends even though Old Mutual’s preference share dividends had not been paid.

Judge Wright found that Old Mutual’s decision to first suspend Moyo on 23 May 2019 and then fire him on 18 June 2019 was warranted because he breached the insurer’s agreement with NMT Capital about dividend payments. As a preference shareholder, Old Mutual was first in line for dividend payments before other shareholders.

Wright’s ruling found that Old Mutual’s rights as a shareholder were violated  because Moyo had benefited directly from dividend payments worth more than R20-million before the insurer received any payments due. He described Moyo’s conduct as “difficult to understand and impossible to justify”.

Old Mutual terminated Moyo’s contract on 18 June 2019 on six months’ notice, with pay of about R4-million for the entire period. Wright said Old Mutual was justified in terminating Moyo’s employment with six months notice as this is a requirement in his employment contract if he’s accused of wrongdoing.

The latest court ruling has affirmed Old Mutual’s right as an employer to dismiss an employee that it has accused of gross misconduct and believes its relationship with them has broken-down irreparably.

In January 2020, Old Mutual won its application, presided over by a full bench of judges, to appeal against an earlier court ruling that ordered for Moyo’s temporary reinstatement as CEO of the insurance company. Moyo then challenged this ruling at the Supreme Court of Appeal, which in March 2020 dismissed his application with costs. Over the same period, the high court also dismissed a separate application by Moyo for an interdict prohibiting Old Mutual from hiring a permanent CEO. Old Mutual went ahead with appointing Iain Williamson as the permanent CEO, replacing Moyo.

Moyo still has one more fight up his sleeve.

He is looking to have Old Mutual’s board members, including chair Trevor Manuel, to be declared delinquent under the Companies Act, for how they have handled his high-profile sacking. Moyo also wants the Old Mutual board members to serve a jail term for blocking his temporary reinstatement when the High Court in Johannesburg initially ordered the company to do so. Instead, Old Mutual blocked his reinstatement on multiple occasions.  The high court is yet to make a ruling on the delinquency part of Moyo’s case.  DM/BM