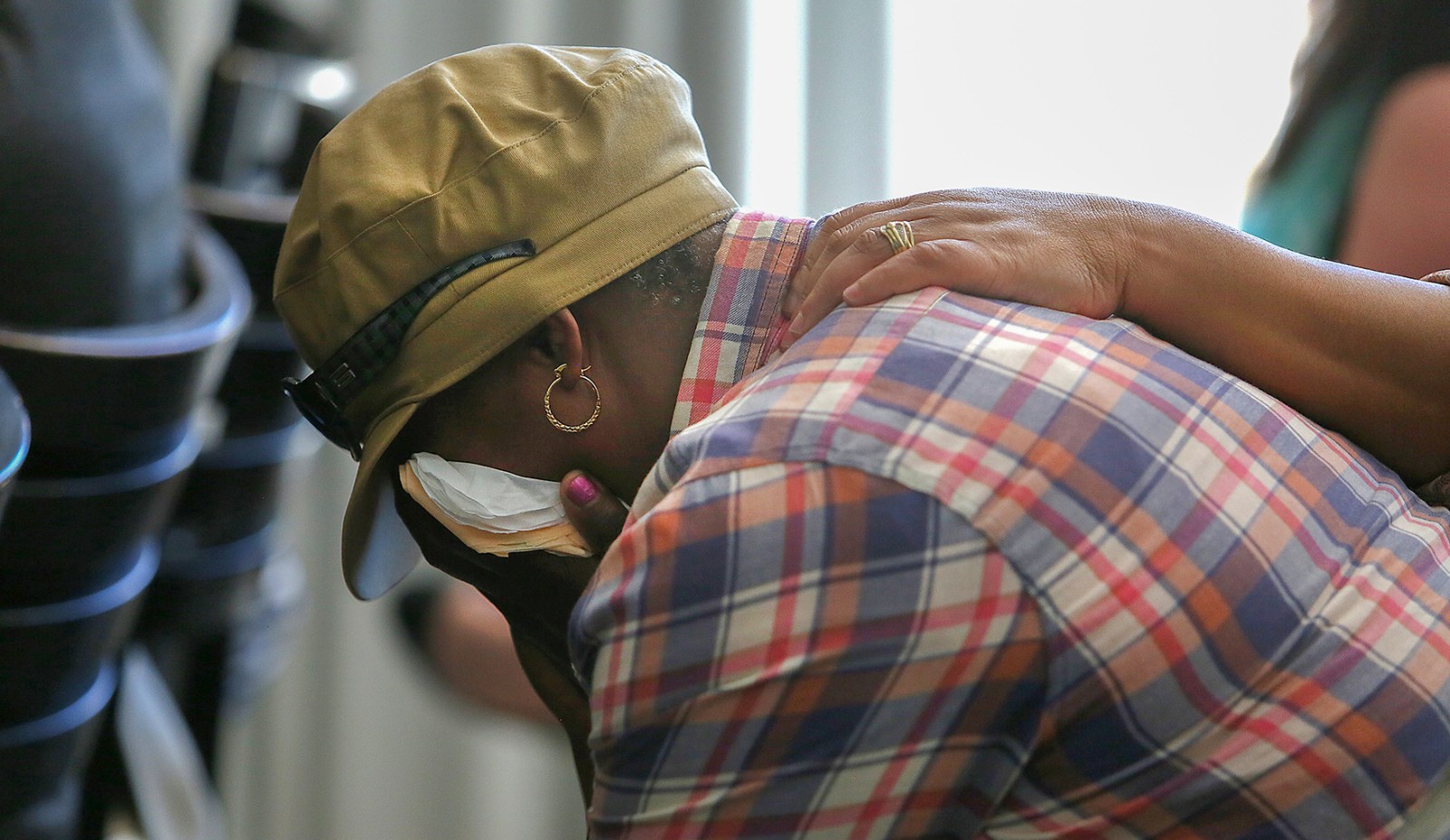 A woman is comforted during the Life Esidimeni arbitration hearing in Johannesburg on 16 October 2017. (Photo: Gallo Images/Sowetan/Alon Skuy)

A former official from the Gauteng health department has denied being part of a team that identified patients eligible for discharge during the 2016 Life Esidimeni transfer project, which resulted in the deaths of 144 people.

After a week’s hiatus, the Life Esidimeni inquest into the deaths of 144 mental healthcare users in 2016 resumed in the North Gauteng High Court on Monday. Former deputy director of the Gauteng Department of Health: Mental Health Directorate, Hendricka Jacobus, was back on the witness stand.

Advocate Russell Sibara, representing Gauteng mental health chief Dr Makgabo Manamela, was up first. He asked Jacobus if there were existing NGOs that had applied to receive patients from Life Esidimeni. Jacobus responded that there were, but that “they did not do so formally in writing, and we supported them”.

Sibara asked why Jacobus had testified at the arbitration hearings that no new NGOs would be opened for three years.

“When I started in 2013, I was looking after the other four districts which were not really unknown to me. Except for the Johannesburg one, for  which I didn’t have a lot of information. I said we cannot open up new ones… we need to upscale the existing ones. I did not know about closing off Life Esidimeni.”

Jacobus said she asked to be given three years to upscale the existing NGOs before new ones could be opened.

Sibara said that, according to Manamela, the project plan document of 2015/16 for the transfer of mental healthcare users from Esidimeni was circulated to the entire mental health directorate at the Gauteng health department, and included hospitals, districts and sub-districts.

Sibara also said it was his client’s evidence that Jacobus had “made inputs into placements at NGOs, how old NGOs were going to be identified for expanding, as well as renovations at existing hospitals which were not being used”. Jacobus denied having seen the document at the time, saying she only saw it “at a later stage”.

Asked by Sibara whether she was part of the team whose job it was to identify mental healthcare users eligible for discharge, Jacobus answered: “I wasn’t part of the discharging of users to NGOs from Life Esidimeni. My task was to look at the readiness of NGOs within the province.”

Advocate Ebenezer Prophy, on behalf of NGO Ubuhle Benkosi, put it to Jacobus that NGOs identified to take in patients from Life Esidimeni never received the promised training, of which Jacobus was in charge. Jacobus conceded, saying it was because there had not been enough time and that the training was important for the proper running of NGOs.

Jacobus disputed that it was her responsibility to ensure that the NGOs were linked to a clinic, as previously testified by former Gauteng health department deputy director, Nonceba Sennelo. Jacobus said it was the district’s responsibility to do so.