Tenants’ long wait for home ownership comes to an end... 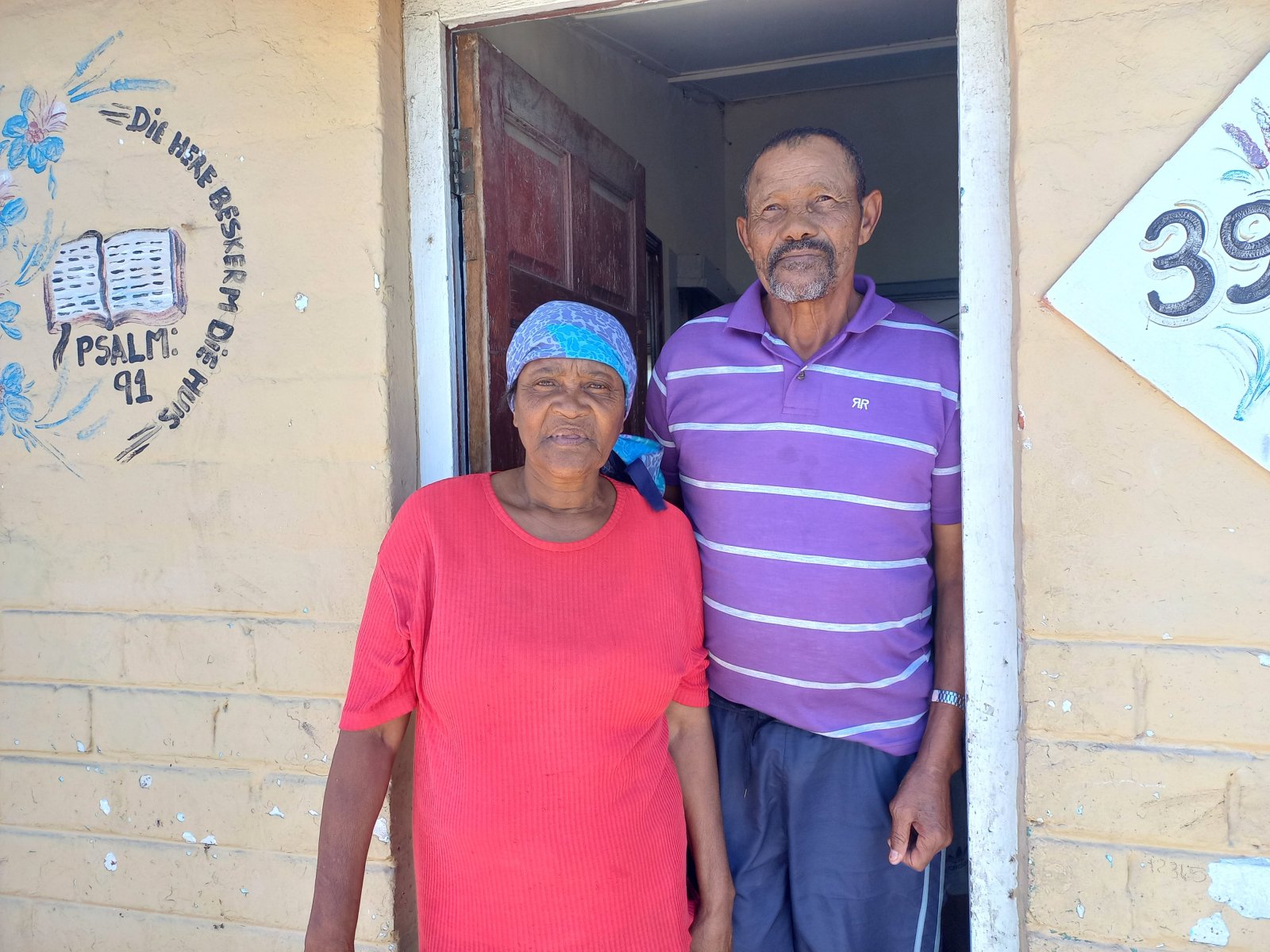 By the end of this year, pensioners Sophia and Kerneels Rex from Grassy Park, Cape Town will own the home they’ve lived in and rented from the City of Cape Town for over 30 years. (Photo: Marecia Damons)

Pensioners Sophia and Kerneels Rex are among more than 40 families in Lotus River and Grassy Park, Cape Town who could soon become owners of their council-owned rental homes.

The couple, aged 65 and 68 respectively, have been renting their two-bedroom home in Grassy Park for 34 years. They live with their two adult sons and two grandchildren. The household relies on their pensions and child support grants for the grandchildren.

This week they joined other community members during a visit by City of Cape Town’s Mayoral Committee Member for Human Settlements Malusi Booi, Ward Councillor Gerry Gordon, and senior housing department officials. They were updating qualifying residents on plans to sell some of the Community Residential Units (CRU) to tenants.

According to a City statement, about 42 units are available for sale in Lotus River and Grassy Park. These are among nearly 7,500 council-owned rental properties across the metro that are up for sale to qualifying tenants.

Sophia Rex told GroundUp they were delighted to be told this month that the transfer process would take place. “I’m very excited, we’ve been praying a lot for us to own a home and be able to pass it on to our children someday,” Rex said.

Mustafa and Gadija Jaftha have also been living in their council-owned home for 35 years. The couple said they recently applied for rental relief through the City’s indigent grant which helped them keep their heads above water, because they are both unemployed.

“We were told that the process should be done by the end of the year. Hopefully by then we’ll be able to say we are the official owners.”

Councillor Gordon said she is committed to helping residents through the transfer process to ensure it runs smoothly. “It’s important that people’s dignity is restored,” she said.

Malusi Booi told GroundUp that the City had sold about 6,500 of its eligible units over the last nine years.

Tenants living in a semi-detached or free-standing council-owned rental unit are eligible to apply for homeownership, he said. Applicants are urged to visit their nearest housing office or ward councillor for more details.

Booi said tenants would normally be liable for their municipal account arrears as part of the sales process but the City has launched a debt write-off initiative. This means rent and services debt accrued up to June 2018 will be scrapped.

“Once documentation is done, our turnaround time should be between three to six months for everything to be done. That’s why we assured the residents we visited today that before the end of this year, they will own the unit,” said Booi. DM