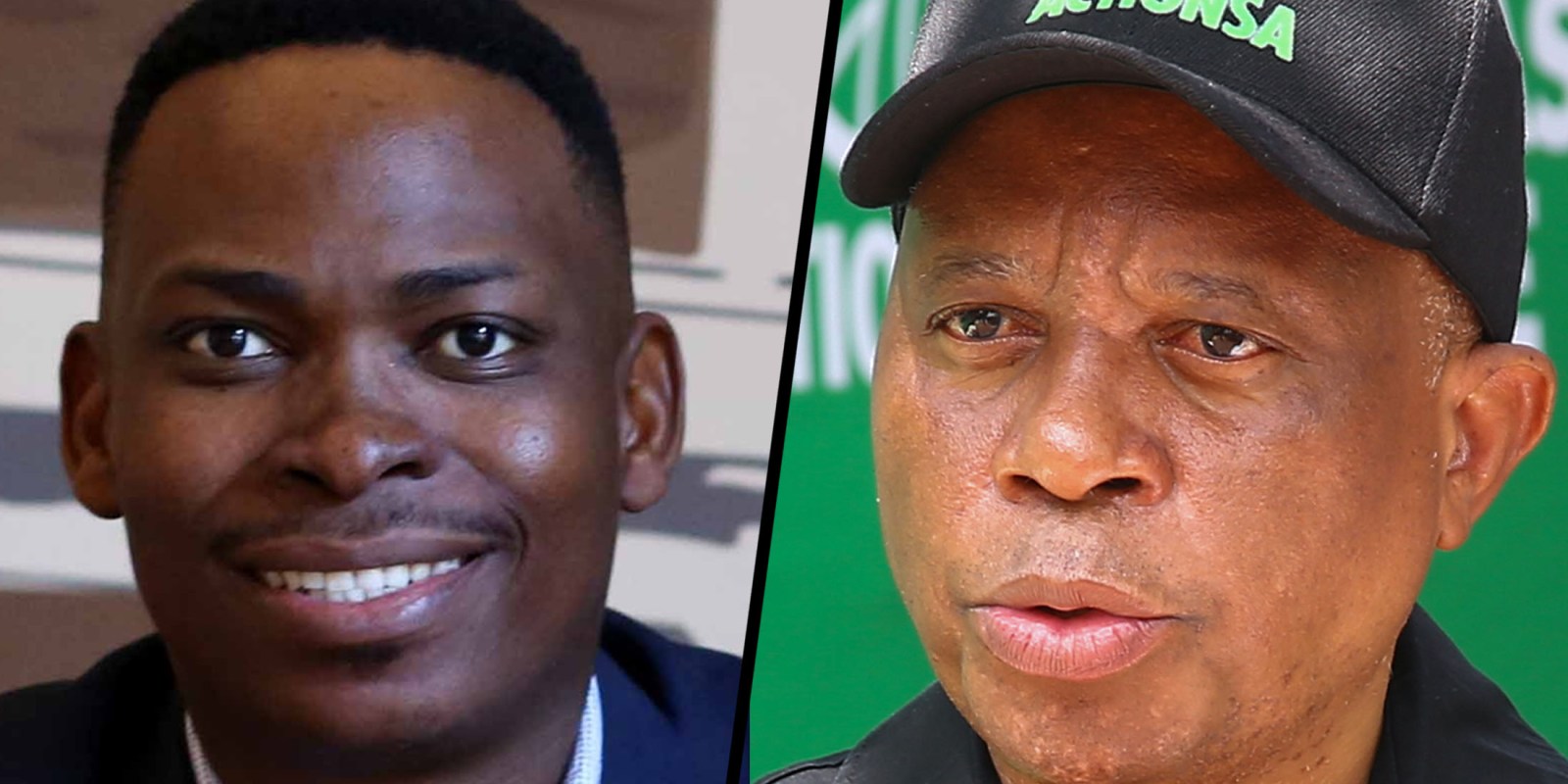 The former Midvaal mayor has found a new home, after quitting the Democratic Alliance last month.

The much-anticipated announcement was made by ActionSA leader Herman Mashaba in Sandton on Monday. Baloyi joined ActionSA following his resignation from the DA on 20 December 2021, after serving two terms.

Addressing the media on Monday, Baloyi said his joining ActionSA was not out of anger or disappointment, but because of the hope that the new party invoked in him.

“I joined ActionSA knowing well the work that lies ahead for all of us. This is a significant point in our country. I believe that this is the re-alignment of our politics in the country when South Africans of all capabilities and diversities need to join hands and work together because we have one enemy and that enemy is the African National Congress,” Baloyi said.

“Our country needs to be rescued. And for many capable and able South Africans to say we will not be despondent any longer. We are going to actually step up and step into the ring and ensure that we fight for a South Africa that can deliver a prosperous future for all,” said Baloyi.

Baloyi added that he was very proud of his tenure as mayor of Midvaal.

“We were able to build a stable, sustainable and financially viable institution.

Baloyi said he hoped the legacy he left during his tenure would endure in the Midvaal Municipality.

The Midvaal Municipality was also one of the best performing municipalities in 2018, jumping 11 places from 16th position in 2013 to 5th best nationally.

Announcing his resignation from the DA last month, Baloyi said it was time to pursue other opportunities before him.

“Good luck to the friends, colleagues and leadership of the DA. We will meet somewhere,” he said during his exit.

Baloyi’s departure from the DA followed the exit of a number of prominent black leaders from the party.

Last year, two Tshwane councillors quit in what was reported by News24 to be triggered by alleged ill-treatment. Phumzile van Damme also resigned as a DA MP in 2021.

Former Gauteng leader John Moodey and Funzi Ngobeni both left the DA in 2020.

ActionSA leader Mashaba left the DA in 2019 when his relationship with the party went sour. ActionSA Chair Michael Beaumont, who was Mashaba’s Chief of Staff, also left the DA. Former DA leader and now OSA leader Mmusi Maimane quit the party in the same year

In May 2014 — at the close of the national elections, Parliamentary leader Lindiwe Mazibuko quit amid reports of a tiff between her and the party’s Federal Chair Helen Zille.

Since becoming the country’s youngest mayor, Baloyi “demonstrated the DA’s commitment to clean and efficient government that serves people as its top priority,” the DA said at the time of his resignation from the party. The DA also said it was fully supportive of his endeavours.

The announcement of his new home followed several weeks of speculation regarding Baloyi’s next move. While it’s not clear what position Baloyi will assume at Action SA, there has been speculation on whether or not the party will advance him as its Premiership candidate for Gauteng.

Mashaba praised Baloyi for his achievements over the years as DA Midvaal Mayor and said he had respect for his work. Mashaba also revealed that he had kept the announcement under wraps.

Baloyi joined as the party’s former KZN chair Makhosi Khoza faces off with Mashaba over her position as party provincial chairperson in the region, which she was asked to vacate (see our report here). She is facing disciplinary charges for allegedly misrepresenting the party in media interviews on how she was demoted from her position as the party’s KwaZulu-Natal leader.