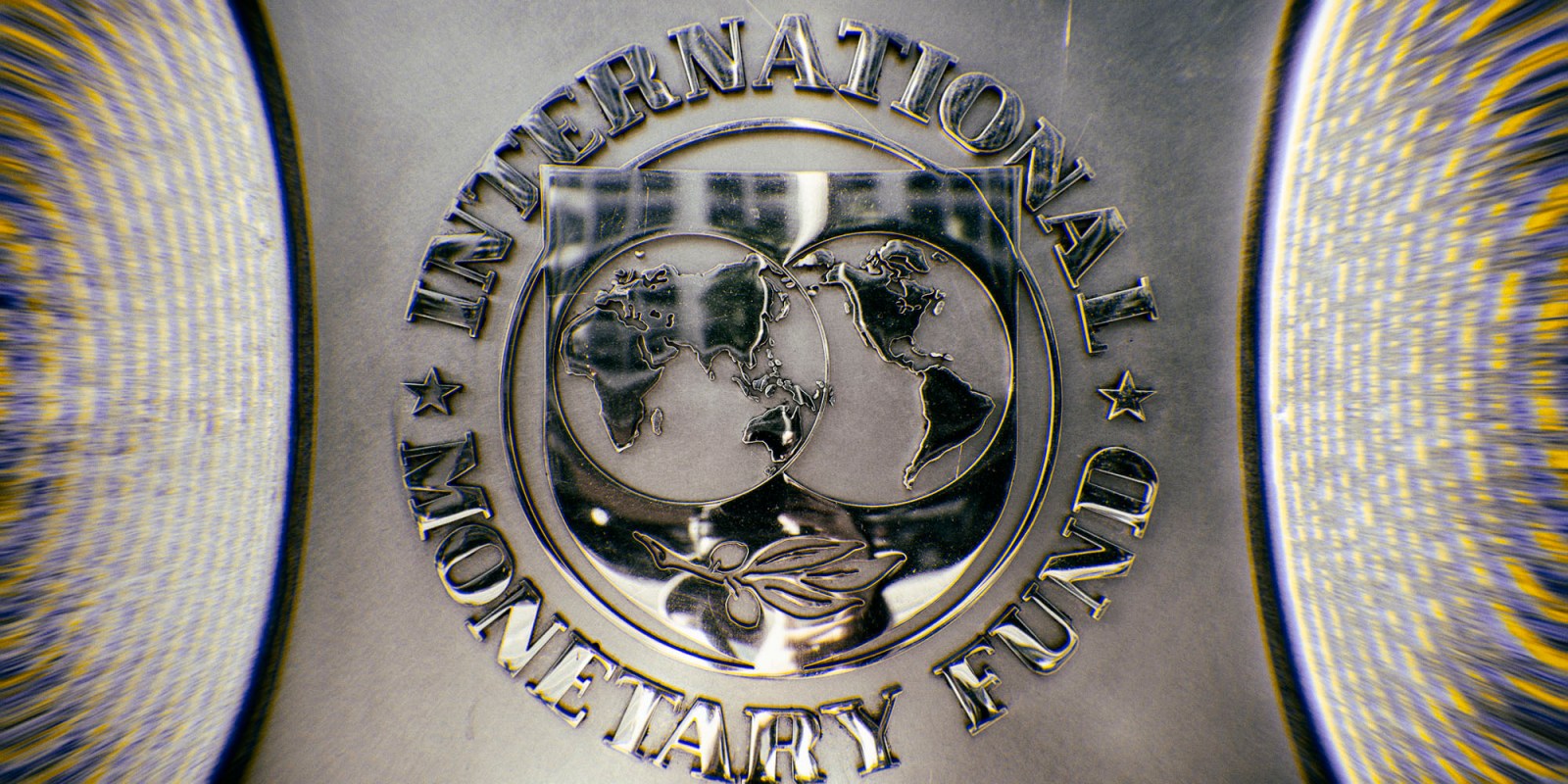 The author says that the International Monetary Fund’s policy template has continued to generate legitimate questions about the impact of economic reforms on democratisation and economic growth in Africa. (Photo: EPA-EFE / Jim Lo Scalzo)

The reforms recommended by the IMF for South Africa have not effectively solved the problems faced by African countries. Where reforms have tended to work in certain instances, leading to an improvement in the balance of payments, whole populations have borne the brunt of this ‘reform’.

South Africa boasts of political stability on a continent that is confronted by the proliferation of armed insurrections, ethnic conflicts, and terrorism. Although it is the continent’s most industrialised and prosperous country, its economy has suffered several blows in recent years. The International Monetary Fund (IMF), the global financial power, has consistently responded to South Africa’s socio-economic struggles by pushing for reform.

Indeed, South Africa has experienced its biggest economic contraction in nine decades because of the Covid-19 pandemic and the government’s imposition of national lockdowns in 2020 and 2021 to curb the spread of the disease.

As the economy was gradually stabilising, devastating riots spread through KwaZulu-Natal and Gauteng. These violent protests led to the loss of 300 lives and $1.7-billion (R25-billion). This has intensified the IMF’s pressure on the ANC-led government to step-up reforms to enhance economic recovery and growth.

The IMF strongly believes that the implementation of structural reforms would boost the country’s economic growth and productivity, promote investor confidence, and drastically increase the efficiency of important sectors such as electricity, ports, and railways. The IMF wants the government to eliminate rent-seeking behaviours extended to operators in the transportation and power sectors, remove economic protectionist measures to reduce the current official regulations on private investment, and allow for trade liberalisation and openness.

Despite the huge pressures on its economy in 2021 and declining private productivity due to a lull in investment, the country is beginning to stabilise, with an inflation rate of between 3% and 6%.

There is a need to raise the efficiency of the economy and increase investment to generate more employment opportunities, particularly for the youth and the underprivileged. While the government is rolling out different strategies to cushion the negative effects of Covid-19 on vulnerable groups, many South Africans go hungry and are without shelter.

In April 2021, an Ipsos study (conducted on behalf of the University of Johannesburg’s Centre for Social Development in Africa) reported that more than 40% of South Africans experienced hunger. Furthermore, many are unable to afford the basic needs of life as a result of job loss.

By July 2021, unemployment had hit a record 32.6%. Thus, the alarm raised by the IMF is legitimate, but its blatant recommendations to adopt a neo-liberal market ideology by accelerating the reform of key sectors of the economy, calls for caution.

The reforms recommended by the IMF have not effectively solved the problems faced by African countries. Indeed, its recommendations have deepened the “development of underdevelopment”. Where reforms have tended to work in certain instances, leading to an improvement in the balance of payments, the mass of the people have borne the brunt of this “reform”.

For instance, since the Nigerian government’s imposition of the IMF’s Structural Adjustment Programme (SAP) from the mid-1980s, and its attempted reform of the oil sector, most Nigerians have been groaning under untold hardship and acute poverty. A survey by Afrobarometer in 2000, about 15 years after the introduction of IMF’s reform in Nigeria, revealed that 60% of respondents noted that the reform programme and policies had “hurt most people and benefited only a few”, while 84% believed that “people close to the government” benefited the most from the reform.

Currently, about 47.3% of Nigerians (approximately 98 million people) are multidimensionally poor, based on the multidimensional poverty indicator (MPI) adopted by the United Nations Development Programme (UNDP).

Over the decades, the IMF’s policy template has continued to generate legitimate questions about the impact of economic reforms on democratisation and economic growth in Africa. The global financial institution continues to reiterate the nexus between economic performance and poverty alleviation. It conditions their intervention on the willingness of African states to adopt the required structural reforms, such as a limited government, devaluation of the national currency, deregulation or liberalisation and privatisation of key sectors of the economy, more reliance on markets for the allocation of resources, and a cut in public spending.

Despite the attractiveness of these neo-liberal policy frameworks, and their seeming desirability, many African countries that yielded to the IMF’s recommendations have continued to experience high levels of poverty and are further dependent on global capital. While the South African economy seems to demonstrate more resilience than many other African economies, the IMF’s reform regime may not yield the desired results and, therefore, should be considered very carefully.

The much-publicised inability of government to manage state enterprises effectively is not because of legislation, while the much-touted idea that African states should disengage themselves from investments in vital sectors, such as transportation and energy generation, is to the detriment of the masses.

While the South African state has struggled to fix the power sector and has failed to redistribute land as promised, states in developing countries have a responsibility to navigate the intricacies of government by curtailing corruption and driving the developmental train. They need to provide effective service delivery, including affordable infrastructures to the entire population. If there is one country that should think carefully about embracing the IMF’s reform agenda, it is South Africa, because it has such a high level of socioeconomic inequality.

What South Africa needs at this critical stage is socio-economic transformation. This entails the commitment of both state and non-state actors to addressing the root causes of structural violence, creating inclusive government, resolving the land question, investing in human capacity-building, and ensuring the security of lives and property.

The government should focus more on closing the gaps between the two opposing classes: “the haves” and “the have-nots”. DM