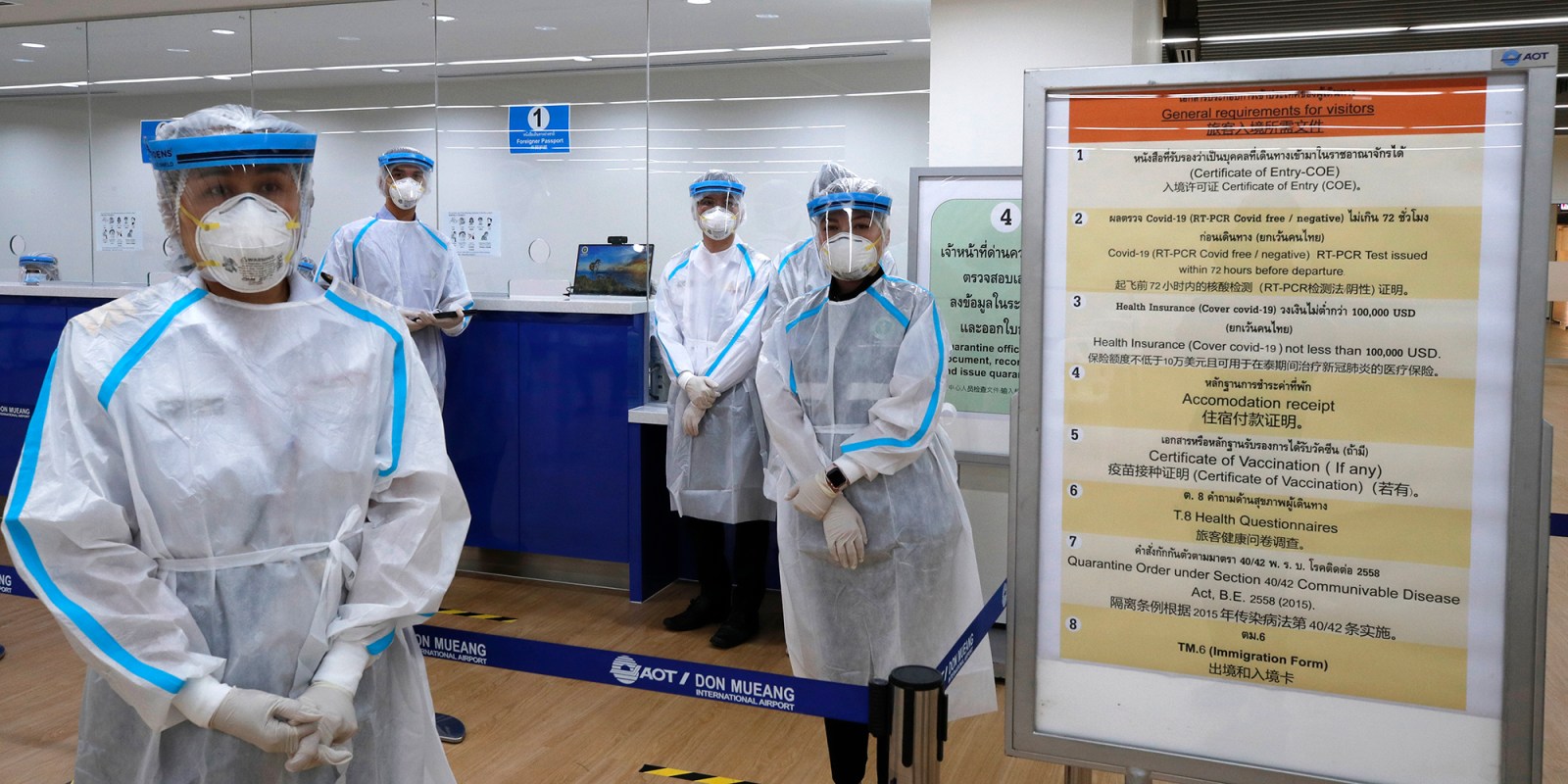 Evidence of Omicron appeared in US sewage samples collected as early as November 21, according to a study published by the US Centers for Disease Control and Prevention. The first infection in a US patient was confirmed on December 1 in California.

Goldman Sachs Group and Citigroup led banks asking London staff to get back to their desks, after the UK dropped its work-from-home guidance.

Meanwhile, Hong Kong officials said they were more confident about the possibility that pet hamsters are spreading Covid in the city. 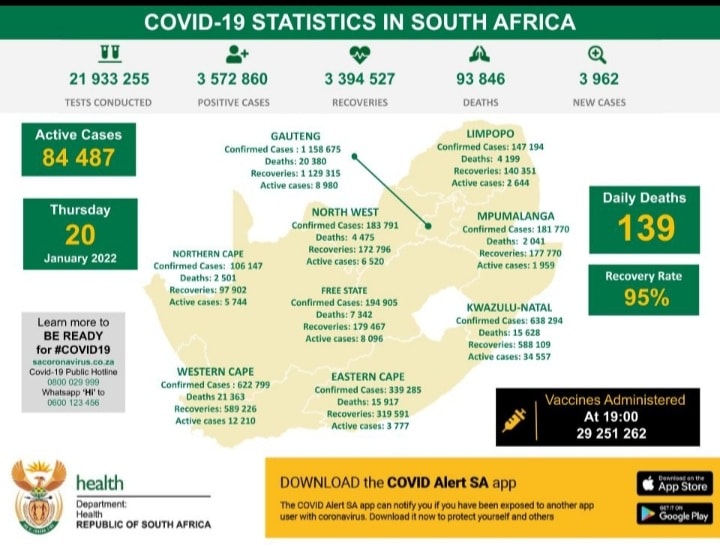 The Parliament’s lower house approved the policy on Thursday with additional support from most deputies in two opposition groups. The far-right Freedom Party rejected the plan.

The mandate will come into force next month, and officials will start imposing fines as high as €3,600 for dissenters from mid-March.

Evidence of Omicron appeared in US sewage samples collected as early as November 21, state and local health officials from California, Colorado, Houston and New York City said in a study published by the US Centers for Disease Control and Prevention. The first infection in a US patient was confirmed on December 1 in California.

“The findings give strong early evidence that the Omicron variant was likely present or more widely distributed in these communities than originally indicated by clinical testing alone,” the authors said in CDC’s Morbidity and Mortality Weekly Report.

Signs of the Omicron variant that’s fuelling a worldwide surge in Covid-19 cases were present in the US a week or more before it first appeared in California, and spread widely in the weeks afterwards, according to a study showing the power of wastewater analysis for tracking outbreaks.

Dayton Children’s Hospital in Ohio treated a record number of Covid-19 patients, most of them unvaccinated, the Dayton Daily News reported.

Of the 60 children treated last week, 20 were in intensive care, the newspaper reported. Children in the US have been hospitalised at a higher rate during the surge of the Omicron variant compared with previous viral waves, the Centers for Disease Control and Prevention says.

Ontario Premier Doug Ford said the government will begin to ease restrictions in Canada’s most populous province at the end of January, as the worst of the Omicron wave appears to be over. He also laid out a plan to further loosen measures over the next two months.

On January 31, limits on social gatherings will be raised to 10 people indoors, 25 outdoors. Capacity limits for indoor settings including restaurants, stores, malls and meeting spaces will be increased or maintained. Concert and sporting venues can operate at 50% capacity or 500 people, whichever is less.

Israel will give a third Pfizer-BioNTech dose to at-risk children aged five to 11, as Omicron continues to spread, the Health Ministry said. The decision would apply to fewer than 200 children, according to the Haaretz newspaper.

Separately, the country will from next Thursday exempt schoolchildren from quarantine if they are exposed to a Covid carrier but show no symptoms, Haaretz and Army Radio reported. The students will be tested on the day of exposure and again three days later, without any requirement to quarantine during that time. About 100,000 students across Israel are currently in isolation, significantly higher than in previous waves, Haaretz said.

The risk of ending up hospitalised after a Covid-19 infection is 36% lower for people who were exposed to the Omicron than the Delta variant, according to a study from Danish health authorities in Denmark.

The study showed that 0.6% of those infected with the new variant were admitted to hospital, compared with 1.5% of those who tested positive for Delta.

Hong Kong officials said they were more confident about the possibility that hamsters are spreading Covid in the city as newly uncovered infections are genetically distinct from the virus initially found in a pet-shop clerk.

A female customer who tested positive after visiting the store has a strain that’s slightly different from the virus found in the 23-year-old index patient, an employee at the Little Boss pet shop, based on four small variations in its genetic code. The customer’s husband, who also tested positive for Covid, has the same strain, health officials said on Thursday.

Western Australia, one of the world’s final Covid-Zero holdouts, delayed its February 5 reopening to the rest of Australia and the world on concerns an Omicron wave would cause “a flood of disease”.

It will make a decision on any further easing in the near future once the country’s east coast has reached the peak of infection and there’s a better understanding of the true impact of Omicron, Premier Mark McGowan said. A review of border controls will be considered over the course of next month.

Vaccinations administered to children during the previous three months provide strong protection against the Omicron variant, according to Israeli researchers.

Children aged between five and 11 were twice as protected as those not vaccinated, and those between the ages of 12-15 were four times better off, according to their study.

The 12- to 15-year-olds boosted in the past month or two were best protected, whereas those who had two doses more than five months ago weren’t much better off than their non-vaccinated peers.

Citigroup has asked its London staff to come into the office at least three days a week.

“We are now free to gather in our offices, without restriction, where we are better able to generate the energy and collaborative spirit on which Citi thrives,” Citi Citi Europe, Middle East and Africa Chief Executive Officer David Livingstone and UK head James Bardrick said in an email to staff seen by Bloomberg.

Ireland’s government will end an 8pm curfew for bars and restaurants by the end of next week, allowing them to stay open until midnight, the Irish Independent reported, without saying where it got the information.

Other restrictions on the hospitality sector and live events will be relaxed in coming weeks, the newspaper said. Cases numbers in Ireland are dropping, and hospitalisations have remained relatively low in the latest wave.

No ‘natural justice’ for Djokovic

It’s “not fanciful” that Djokovic could influence others with anti-vaccination sentiment and there was no requirement for “natural justice,” three judges led by Chief Justice James Allsop said in comments published on Thursday.

Djokovic was deported on Sunday after losing a court challenge, denying him the chance of a record 21st Grand Slam title at the Australian Open.

There were 133,536 new infections in the 24 hours through early Thursday, after they exceeded 100,000 for the first time the previous day, according to data from the RKI public-health institute. The seven-day incidence rate per 100,000 people climbed to 638.8, also another record.

Health Minister Karl Lauterbach reiterated that he expects infections to peak around mid-February.

China is ramping up its coronavirus testing regime after linking at least two Omicron cases at opposite ends of the country to international parcels.

Residents in the southern city of Guangzhou who received overseas mail between January 16 and 19 were told to take a coronavirus test while the Beijing government has asked residents to minimise purchases from high-risk countries and disinfect parcels when unpackaging.

This follows a positive result for the variant from a person who touched mail shipped from Canada through the US and Hong Kong. China has repeatedly pointed the finger at contaminated parcels and other goods as a source of coronavirus transmission, an idea that experts outside the country have said is unproven and unlikely. DM/MC