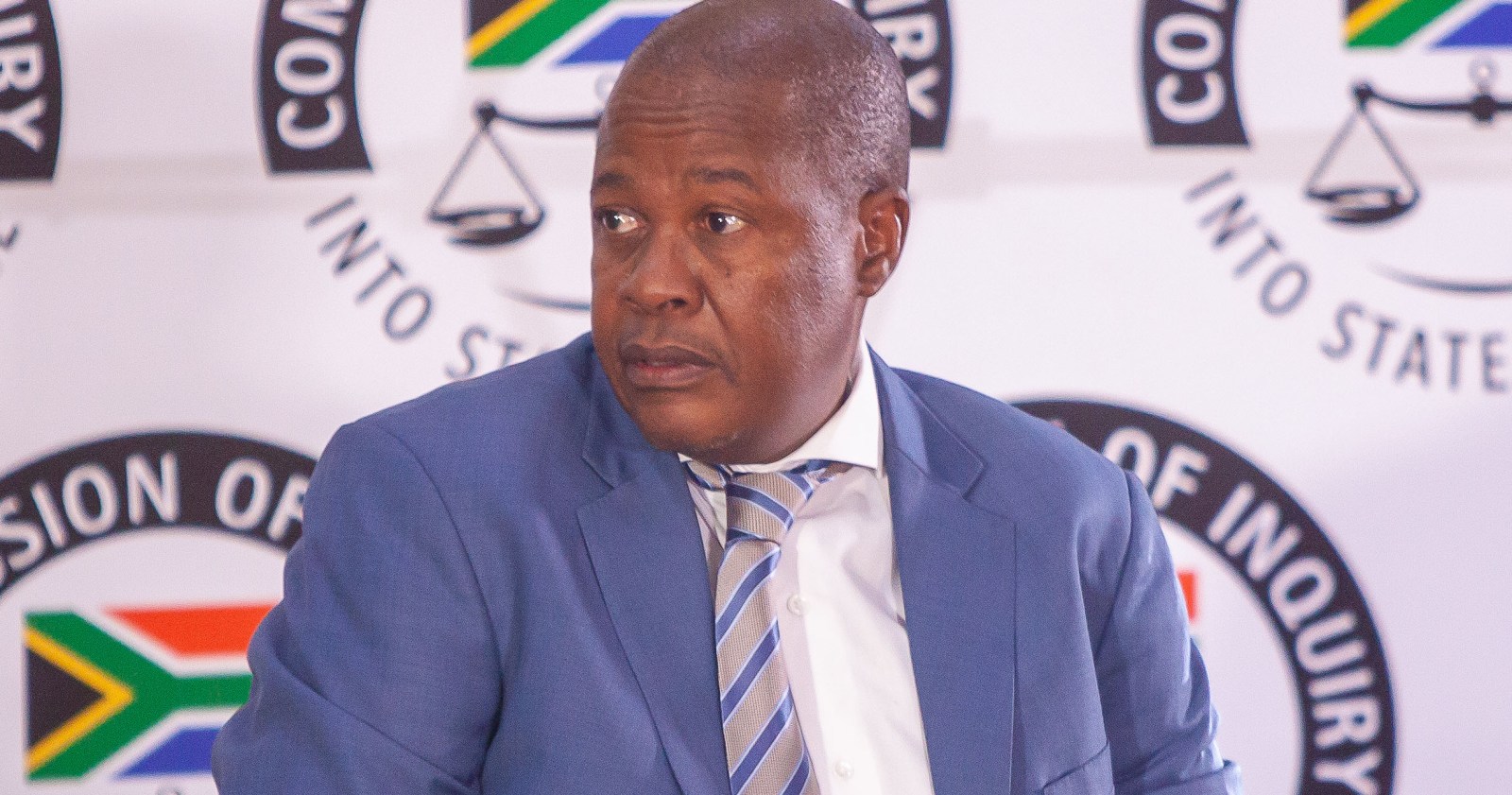 When Brian Molefe was at the helm of Transnet from 2011 to 2015, he was a hands-on CEO at the state-owned freight, rail and logistics company – for all the wrong reasons.

Molefe’s job involved overseeing the strategic direction of Transnet, managing its wide-ranging operations that are crucial for South Africa’s economic development and driving the company’s profitability. But he also had a firm grip on Transnet’s processes of awarding lucrative contracts, even when he didn’t have the mandate or authority to do so.

Molefe’s five-year tenure at Transnet left a trail of improperly awarded contracts worth millions of rands that handsomely benefited The New Age, a now-defunct newspaper that was launched by the Gupta family in 2010.

The first report from the Zondo Commission into State Capture mentions Molefe more than 30 times and details many instances in which he flagrantly flouted Transnet’s procurement rules to ensure that the company’s advertising budget was channelled to The New Age. In Molefe, the Gupta family had a pliable ally at Transnet’s c-suite.

He signed sponsorship and advertising contracts to bankroll The New Age and even went against the advice of his colleagues at Transnet, who believed that there was no commercial value in the company supporting a newly established newspaper that was yet to prove itself in the marketplace.

Molefe’s backing of The New Age started a year after his appointment at Transnet. The process to appoint Molefe as the Transnet CEO in 2011 was sullied from the start: he was handpicked by former public enterprises minister Malusi Gigaba, who overlooked a more suitable and qualified Dr Mandla Gantsho for the top job.

The Zondo Commission found that during the interview process, Gantsho scored higher points than Molefe, making the former a frontrunner for the Transnet CEO position. But Gigaba snubbed Gantsho because “he knew that Mr Molefe was the candidate that the Guptas wanted to be appointed to that position”. Then in February 2011, the appointment of Molefe, a former National Treasury official and former CEO of the Public Investment Corporation, was announced by the Cabinet with fanfare.

From 2012, Molefe began to dish out sponsorship and advertising contracts to The New Age, a lucrative arrangement that continued after he left Transnet in 2015 to take up the CEO position at Eskom. At Transnet, Molefe was replaced by Siyabonga Gama.

The Zondo Commission concluded that from 2012 to 2017, Transnet paid The New Age R147.7-million for all advertising and sponsorship initiatives. The commission has declared this amount to be fruitless and wasteful expenditure and recommended that law enforcement agencies investigate Molefe’s conduct, and possibly prosecute him for subverting procurement laws.

Bonang Mohale, the president of Business Unity South Africa, a business lobby group that criticised Jacob Zuma’s presidency during which State Capture flourished, says the Zondo Commission provides clear evidence that the flouting of procurement processes paved the way for state-owned entities and organs to become a honeypot for the unscrupulous.

Political analyst Dr Ralph Mathekga is more blunt, putting the blame squarely on the governing ANC and its cadre deployment policy, which has, in some cases, resulted in ethically compromised individuals occupying key roles.

“The Zondo Commission report demonstrates that corruption has infected and built into procurement processes. Corruption has become so prolific and organised in South Africa. Every tender seems to have people influencing where it is going to be awarded,” says Mathekga.

The capture of Transnet’s advertising budget

Jacques Roux, an ally of the Gupta family, initially approached Transnet in December 2011, beginning with a proposal for the company to sponsor “The Big Interview” insert. Roux proposed a six-month sponsorship arrangement that would cost Transnet R1.9-million. But officials who advised Transnet on its marketing activities, including Hanlie van Eck, rejected Roux’s proposal, saying it was “extremely expensive and was not worth the return on investment”.

At the time, The New Age’s circulation figures were not audited and potential advertisers couldn’t determine the reach of their advertising messages to consumers. The New Age claimed that it printed 100,000 newspaper copies daily, sold 39,000 and the rest were dropped off for free at various state-owned entities. But these figures couldn’t be independently verified.

Joseph Jackson, Transnet’s brand and publicity coordinator, supported the views of Van Eck, adding that Transnet’s reputation would be damaged by its association with the Gupta family. He also raised concerns that no transparent and competitive processes were followed by Transnet in channelling money to The New Age.

Despite this, Molefe and Mboniso Sigonyela, Transnet’s general manager of corporate and public affairs, agreed to the R1.9-million advertising request by The New Age, which later came back for more money. Eventually, Transnet spent a total of R24.8-million from 2012 to 2016 to sponsor The New Age’s “The Big Interview” insert.

But all of these procurement requirements were ignored by Molefe and Sigonyela when The New Age asked Transnet to sponsor its business breakfasts. Transnet agreed and entered into six long-term contracts with The New Age from 2012 to 2017, costing the state-owned entity R122.8-million.

As the Transnet CEO, Molefe had the authority to approve advertising and sponsorship deals with an annual cumulative value of R10-million. If the value of deals exceeded this limit, Molefe needed approval from the Transnet board. Three of the six long-term sponsorship contracts with The New Age were valued at more than R10-million (ranging from R15-million to R21.2-million), requiring approval from the board. But Molefe approved and signed all three contracts without involving the Transnet board.

To sidestep the board, Molefe and Sigonyela described the three contracts with The New Age as “partnerships” and not “sponsorships”, making it appear to the board that the state-owned entity would not be shelling out large sums of money, thus only requiring the pair to approve the contracts.

Molefe and Sigonyela bent over backwards to make the contracts favourable to The New Age. The pair designed the contracts and didn’t include “exit clauses”, which would have protected Transnet and empowered it to exit the contracts if value was not being created for the company.

Molefe has defended Transnet’s expenditure on The New Age, saying the business breakfasts alone allowed for “good news” about the state-owned entity to be covered in the media and for its CEO to speak about operational matters.

The Zondo Commission has described Molefe’s justification as “nonsense”, saying the sponsorships didn’t add value to Transnet because, in some instances, the company paid The New Age R1-million for its CEO to make a 10-minute presentation to a room full of people during the business breakfast.

Molefe left Transnet and joined Eskom, where he engineered new procurement scandals. In May 2015, Molefe, as the Eskom CEO, approved a proposal to hire McKinsey & Company for consulting services. McKinsey was hired without an open and competitive bidding process. Many of Molefe’s other scandals will be detailed in other upcoming parts of the Zondo Commission report. DM168