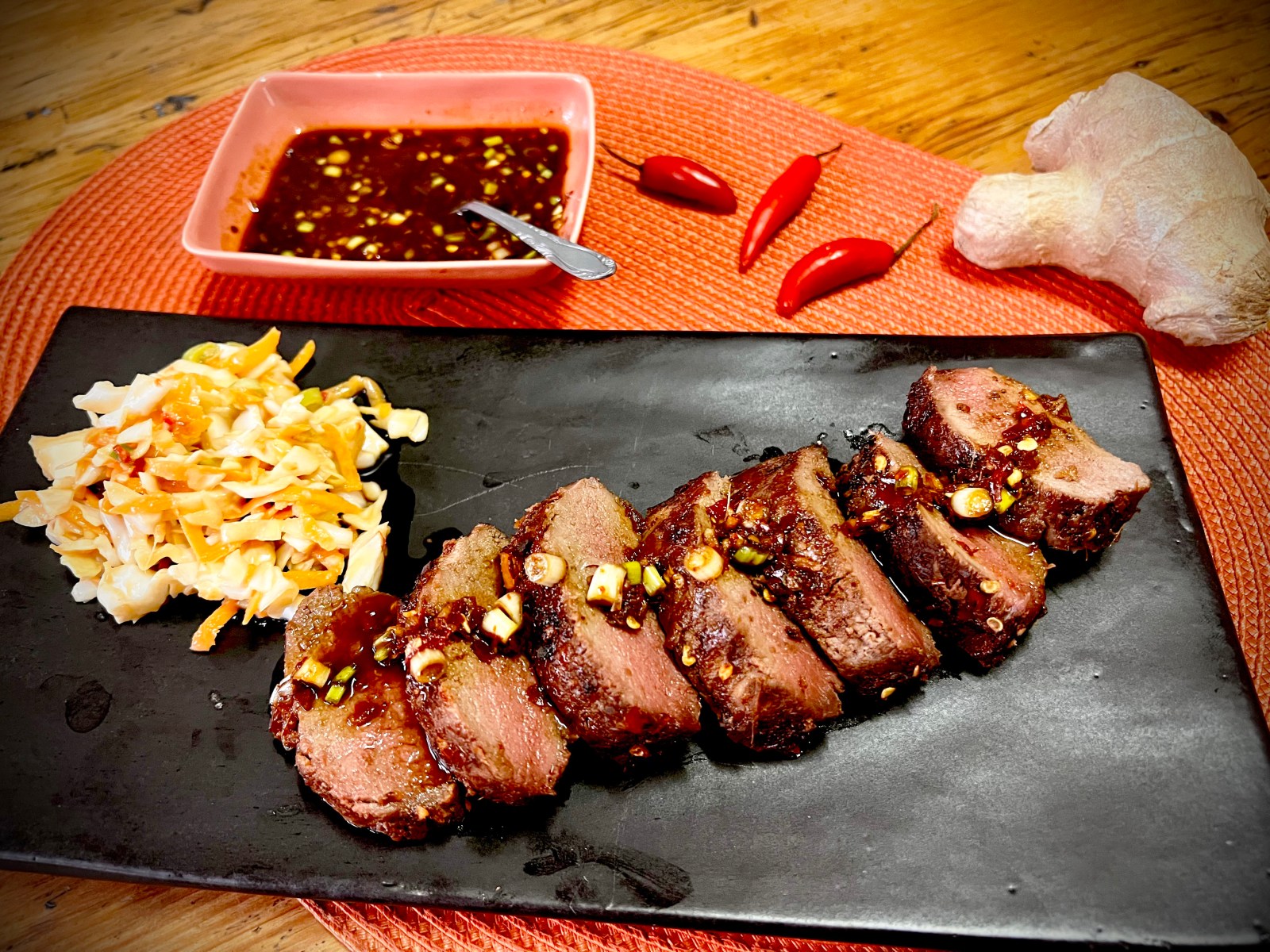 A gift of Szechuan peppercorns had me defrosting a springbok loin and making this marinade, but you can use beef fillet if you prefer. This is hot stuff.

Szechuan peppercorns are not closely related to the black or white peppercorns with which we’re more familiar, or even the pink peppercorns we find on our Brazilian pepper trees in the Karoo. Also called Sichuan (after the southwestern Chinese province they herald from), this variety of pepper is in fact closer to citrus and rue, the stinker of a herb that wards off insects when planted in vegetable patches.

This recipe accompanies this column.

Wikipedia informs us that Szechuan peppercorns have “the effect of transforming other flavours tasted together or shortly after”, adding: “It is commonly used in Sichuan dishes such as mapo doufu and Chongqing hot pot, and is often added together with chili peppers to create a flavour known as málà”, a numbing seasoning made from Szechuan peppercorns and chillies.

Sichuan pepper is also known as Chinese prickly ash, Chinese pepper and Timut pepper. The ones we are familiar with are dried red Szechuan peppercorns, but they are green before being picked and dried. It’s the dried red husks, rather than the hard centre (which is discarded) which we buy in our spice shops.

Having been given a big jar of them by my friend Lynne for Christmas, I decided to use them for a springbok loin I had been eyeing for some time in the freezer. Springbok meat can take both spice and sweetness, so my research brought me to Szechuan (or Sichuan) sauce, which is made from these peppers plus red chillies, garlic, soya sauce and vinegar. Rather than follow any specific recipe, I devised my own, with both dark and sweet soy sauces, rice wine (rather than rice vinegar), garlic in the form of flakes, and fresh ginger as well as chopped red chillies, with a dash of sesame oil to whack the flavour up even more. It made for a stunner of a marinade and what a match for the creamy, pȃté-like meat that springbok loin can be if cooked carefully. To serve alongside the medallions of fillet I stirred 2 tsp of the remaining marinade into 1 Tbsp each of dark soy and rice wine, with one chopped spring onion. It’s hot stuff.

Use this recipe for beef fillet if you can neither source it or choose not to cook or eat venison. To accompany it I made a coleslaw with an Asian peanut dressing.

Combine all ingredients and douse the meat thoroughly on all sides in the mixture. Leave in the fridge to marinate for 8 hours or overnight. Drain and braai the meat till tender on hot coals. Try serving it with this slaw:

Cabbage, finely shredded, of a quantity you need

Combine all ingredients in a small bowl. Shred the cabbage, pour the mixture over and toss well. Refrigerate till the meat is ready to serve. DM/TGIFood