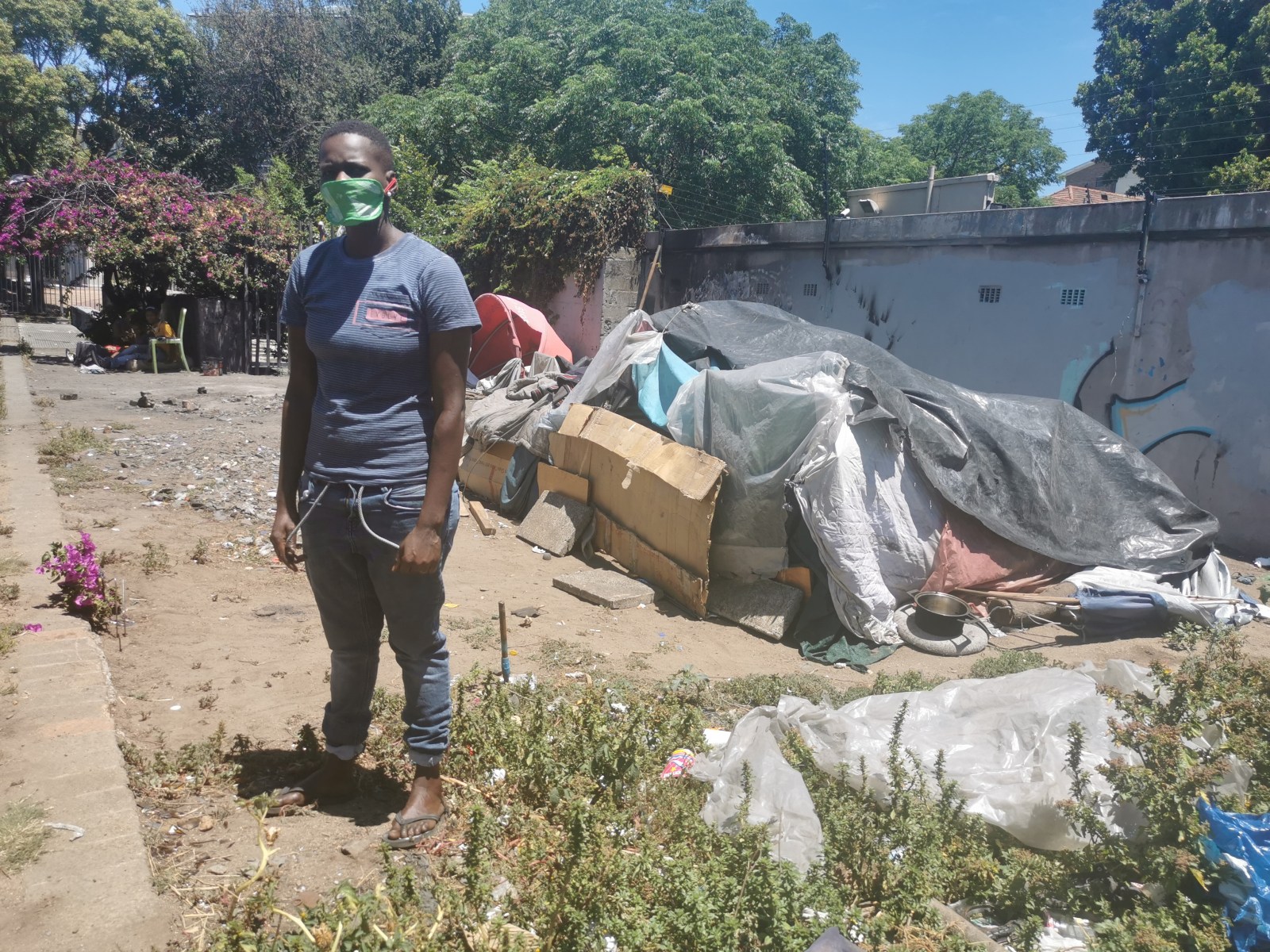 On Sunday, 2 January, Dumisani Joxo was celebrating his 48th birthday with his community — a group of unhoused people living in Rondebosch, Cape Town. Exactly one week later he was dead — shot by an officer attached to the City of Cape Town’s Law Enforcement unit.

There are still questions about the death of Dumisani Joxo, but his friends and community will remember a man they described as a peacemaker and a breadwinner.

Joxo, an unhoused person, was killed on Sunday, 9 January during a dispute between a Law Enforcement official and a member of the public at the little settlement of 8 Rivertrail, Rondebosch in Cape Town’s southern suburbs.

“People are really broken,” said his close friend Portia Ncoko. “Dumisani was like a peacemaker on this ground. He was like a spoonfeeder, a breadwinner,” she said when Daily Maverick visited the settlement on Wednesday. About a dozen people live in the settlement near the railway tracks.

One week later, on Sunday, 9 January, Joxo was woken up by a noise outside. One of the community members had started a fire to cook the group’s breakfast, which attracted two officers attached to the City of Cape Town’s Law Enforcement unit. One officer asked the person to extinguish the flames, but he refused.

Deon Dlada, who stays in the settlement, said after Joxo woke up he walked towards nearby bushes, half-naked, to relieve himself. Ncoko said the Law Enforcement officer allegedly told the person cooking, “Someone is going to get hurt because of you.” Then a scuffle broke out, the official fired his gun and Joxo fell to the ground.

Joxo is survived by Coleridge, his son and his mother in the Eastern Cape.

Dladla has been staying in Rondebosch since 1987. He said while there were criminal elements among homeless populations, “The Rondebosch community knows us — they don’t chase us.”

He said students living nearby would sometimes give them food, and that police officials knew the community.

Steve Broekmann of the Rondebosch Ratepayers’ Association told Cape Argus he was shocked by the incident. Reports of the shooting first appeared on the timeline of Good party secretary-general and member of the Western Cape legislature, Brett Herron.

Then a statement by the activist organisation Ndifuna Ukwazi said, “The Law Enforcement officer is alleged to have kicked over the pot intended to cook the pap when a scuffle broke out, ending with Dumisani’s death.”

Ndifuna Ukwazi also stated that four days before his death, Joxo had been assaulted by members of the South African Police Service, “for no apparent reason… he had a broken rib at the time of his death”.

On Tuesday, GroundUp reported that officer Luvolwethu Kati appeared in the Wynberg Magistrates’ Court on a charge of murder. He was released on R1,000 bail and the case was postponed to April for further investigations.

Daily Maverick asked the City of Cape Town how long Kati had worked in law enforcement and where he was based, but there was no response. Nor did the city respond to questions about whether Kati had been suspended or if the city would be footing Kati’s legal bills.

A City of Cape Town statement said: “Notwithstanding the due process of this ongoing investigation, Ndifuna Ukwazi have already concluded as fact that the officer and his weapon were not under threat… witnesses at the scene concur that an altercation involving several persons took place which led to the officer’s weapon being discharged,” The statement is available in full on the city’s website.

“Despite not being on the scene at the time, Ndifuna Ukwazi are campaigning for endorsements of their version of events outside of due legal processes,” the city said.

Flowers surround the spot where Joxo fell. Dladla said that since the shooting, no fires had been made to cook food. Joxo’s friends are planning to hold a memorial on Friday with assistance from Ndifuna Ukwazi.