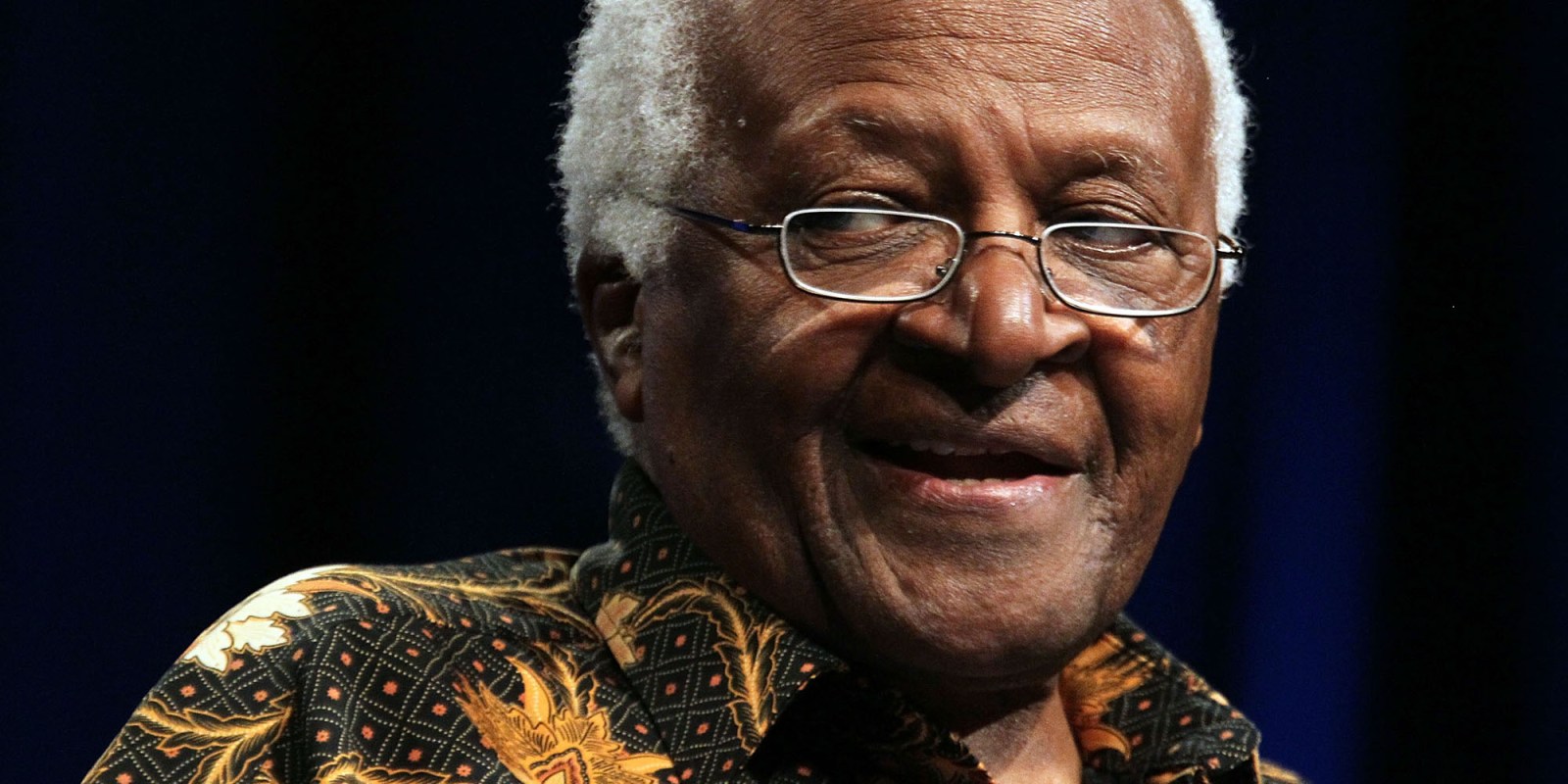 Arguably, one of Tutu’s most memorable positions for Iranians was his courageous and unapologetic defence of the rights of Baha’is — one of Iran’s largest and most repressed religious minority groups.

In his 90 years of life, the Nobel laureate, Anglican archbishop and human rights activist Desmond Tutu touched countless lives, not only as a spiritual symbol of the South African nation but as a beacon of hope around the world. His spirited stance against the apartheid regime earned him the Nobel Peace Prize in 1984.

But he also condemned injustice wherever it occurred, including in the Middle East, where he took a variety of strident positions: defending Palestinian rights while also recognising Israel’s right to exist, and condemning the 2003 US invasion of Iraq as illegal.

For Iranians, perhaps one of Tutu’s positions is the most memorable: his courageous and unapologetic defence of the rights of Baha’is, one of Iran’s largest and most repressed religious minority groups. In the final decade of his life, Tutu twice issued statements in support of the Baha’i community, thus lending his enormous moral stature to the struggle for human rights in Iran.

This position didn’t come out of the blue. Rather, it was based on a decades-long collaboration with the Baha’is of South Africa. In the tough days of apartheid, South African Baha’is distinguished themselves by clandestinely boasting a multi-racial congregation. Iraj Abedian, a South African economist who once advised Nelson Mandela, remembers those days well. Abedian, a Baha’i of Iranian origin, moved to South Africa in the 1980s.

“It was the height of apartheid and oppression, and also the height of the societal campaign to get rid of it,” Abedian tells IranWire in a phone call from Cape Town. “And Bishop Tutu was at the forefront. I remember watching him many times on the street. Even in the most tense and violent moments, even when the police guns were ready to shoot, he’d stand there with strength and conviction. He would lead the team. He wasn’t the type to sit, pontificate and encourage. He was at the forefront.”

On her Facebook page, Baha’i community representative Tahirih Matthee responded to Tutu’s passing by recalling a different set of memories of the bishop. During her years at the University of the Western Cape, Matthee recalled, Tutu had been present as convocation speaker at graduation ceremonies. “He made the ceremonies special [with] his great sense of humour and infectious laughter,” she wrote. “In fact, it was not a proper graduation ceremony if he did not bring the house down in laughter, with his being the best.”

Tutu’s interactions with Abedian and Matthee were just a small part of his wide-ranging contacts with the Baha’i community in South Africa. The group is small in number but has long played a leading role in interfaith efforts. These ties led to Tutu’s issuance of two historic statements on Iranian Baha’is, in 2011 and 2015, which according to Abedian, came after an 18-month-long process of study by Tutu into the issues at stake. “He took up very courageous positions against the Iranian government. I personally believe his statements on Iran were not only profound but prophetic.”

In September 2011, Tutu joined Jose Ramos-Horta, a fellow Nobel Peace laureate and then-sitting president of East Timor, in calling for the release of seven Baha’i educators who had been jailed in Iran. In an open letter to the global academic community, Tutu and Ramos-Horta compared the behaviour of the Iranian regime to that of Christian intolerance witnessed during the Dark Ages of Europe and the Spanish Inquisition. “It was a very powerful historical analogy,” Abedian said.

Then in February 2015, Tutu again condemned the state’s denial of education to Iranian Baha’is by publishing an eloquent statement. “The Iranian government says that education is a crime for Baha’is,” read the missive published by the Desmond and Leah Tutu Foundation. “But I want to tell you that we can change that. We can give voice on their behalf. We can tell the government of Iran, and the world, that banning the Baha’is or any group from higher education is hurting Iran and the Iranian people. Our bitter experience of apartheid demonstrates that discrimination of all types hurts us all. Iran’s government is denying its own people the services of thousands of Baha’i engineers, doctors, and artists, who could help Iran, Iranians and the world.”

Tutu’s statement endorsed our own campaign, Education is Not a Crime, which began in 2014 following the release of the documentary To Light a Candle by IranWire founder Maziar Bahari. He was one of the many Nobel laureates who supported the campaign. Others included the Iranian lawyer and activist Shirin Ebadi — the only Iranian and the first Muslim woman to win the international accolade — Yemeni activist Tawakkol Karman, American anti-landmines activist Jody Williams, and Irish pro-peace activist Mairead Maguire. IranWire later produced the documentary The Cost of Discrimination: From Tehran to Johannesburg, which compared the struggle for justice in South Africa with that of Baha’is in Iran.

Tutu’s work with South African Baha’is, though, went back years. Abedian told IranWire: “The Baha’i community’s interaction with Bishop Tutu dated back to 1993, just before the birth of the new South Africa.” With the fall of apartheid, Baha’is in the country joined representatives of other religions making up the diverse spiritual fabric of South Africa: Christians, Jews and Buddhists, seeking to offer a joint path for the future of the country. The matter of non-violence was especially key given the long history of pent-up anger in that society. It was also close to Baha’is’ hearts: in March 1994, four Iranian-origin Baha’is, three adults and a teenager, were killed at the Baha’i Faith Centre in Eastern Cape’s Mdantsane following an attack by an extremist group.

Abedian recalls Tutu’s central role in staking out compromises and charting the path ahead throughout the rocky transitory years of the 1990s when many worried the country might collapse into violence. “In the interfaith forums, Bishop Tutu was a symbol of exactly what the forum wanted to be: a symbol of peace, coexistence and justice.”

The economist also had the chance to directly work with Tutu himself. As head of South Africa’s Truth and Reconciliation Commission, Tutu asked Abedian, then based at the University of Cape Town, to lead a team helping to establish the formulas for justice to be offered by the TRC.

Archbishop Tutu’s legacy of principled religious leadership stands in contrast to the abuse of religion perpetrated by Iran’s dictatorial Islamists and others like them. In his own statements and politics, Tutu distanced himself from fundamentalism. His authorised biographer John Allen also asserts that Tutu long ago decided to eschew partisan politics, and cites three examples of religious leaders who hadn’t done so to stand as cautionary tales: Zimbabwe’s Abel Muzorewa, Cyprus’s Makarios III and Iran’s Ruhollah Khomeini.

In fact, Khomeini had been in power for less than a year when he first received a letter of protest from Tutu himself. Writing in his capacity as general secretary of the South African Council of Churches, Tutu wrote to the Islamic Republic’s newly-anointed Supreme Leader in November 1979 to protest against the US Embassy hostage crisis.

“As a Black South African Christian leader,” Tutu wrote, “I appeal to Ayatollah Ruhollah Khomeini in the name of the One God we all worship to use his influence to secure the release of the American hostages being held in that country’s embassy in Tehran. Much sympathy for the Iranian cause is being lost because most of the world regards the holding of the people as hostages to be abhorrent. Justice cannot be served in this way at all.” DM

This article was first published on IranWire.