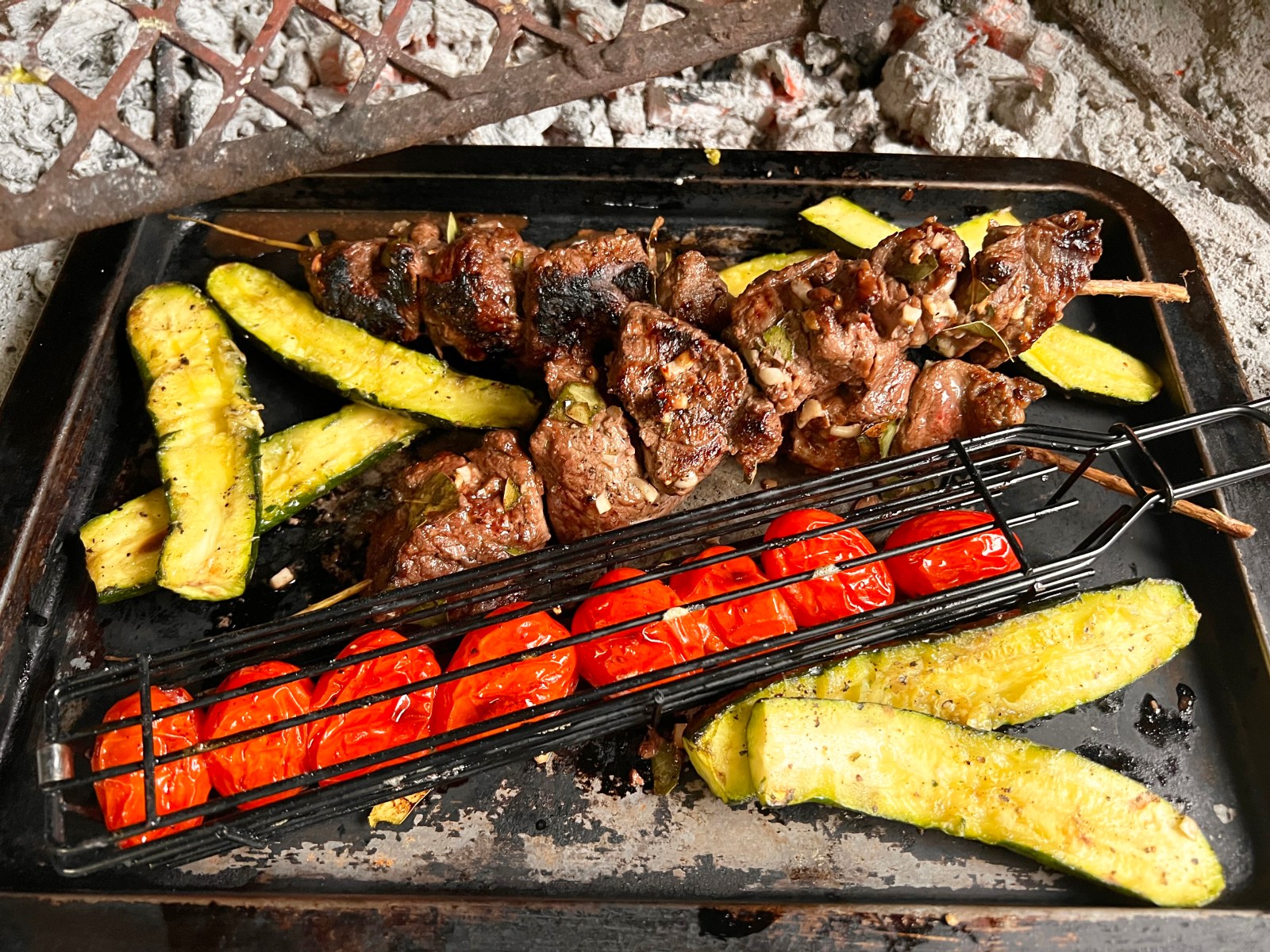 Tony Jackman’s beef fillet espetada with bay, garlic and nagmaalwyn. The little grid was a Christmas gift from my daughter and son-in-law, perfect for small tomatoes, onions or mushrooms on the braai. (Photo: Tony Jackman)

Beef espetada is one of my favourite things to braai. Just give it some time: the flavour of crumbled bay, garlic, coarse salt and pepper, and that cheeky extra ingredient, deserve enough time to permeate the meat.

Madeira, by which I mean the fortified wine from the islands of that name in the North Atlantic, is sometimes used in marinades for the Madeiran speciality of beef espetada, although a distant cousin, Marsala, the Sicilian fortified wine aged in wooden casks and named after that city, is sometimes substituted. In the absence of either, however, I gave it a Karoo twist by substituting nagmaalwyn, which is readily available at most liquor stores on the fortified wine shelves.

Make the marinade a day ahead or in the morning if you’re braaing in the evening.

Why nagmaalwyn? Ag, you know, it’s a bit naughty… oh, and wait until you taste it. You’ll see why it’s a good idea…

Cube the beef in nice big chunks, not too small. Mix the remaining ingredients together and toss the meat in it. Refrigerate for at least four hours or preferably overnight.

Skewer on bay or rosemary branches (or on wooden or metal skewers) and braai over very hot coals, turning often. If you like, go the traditional route of skewering bay leaves between the beef chunks. It does not take very long, and be sure not to cook them for so long that the meat dries out.

On the side, I braaied baby tomatoes that I had tossed in olive oil, mirin, soy sauce, salt, and black pepper, and courgettes grilled on a pink salt rock after being doused in olive oil, lemon and garlic. DM/TGIFood