SA’s annual manufacturing output shrinks 0.7% in November, with iron and steel still in the red after Numsa strike 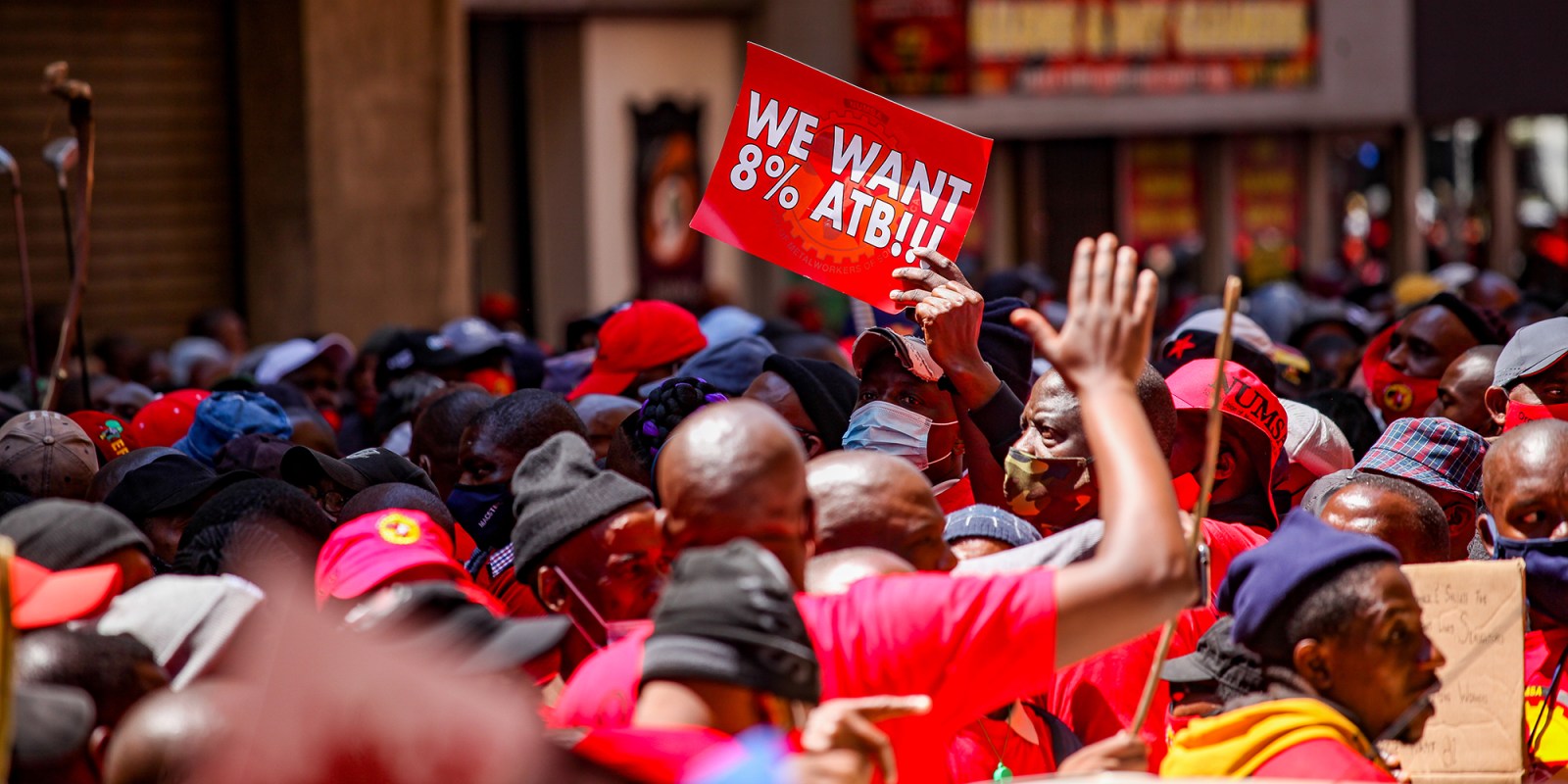 The National Union of Metalworkers of South Africa strike in Johannesburg on 5 October 2021. Numsa called on all engineering workers across the country to down tools and demand a wage increase. (Photo: Gallo Images / Sharon Seretlo)

South African manufacturing production in November clawed back some of the ground it lost in October to the Numsa strike. The sector remains fragile and on an annual basis remained in decline.

South African manufacturing production rose 3.7% in November 2021 compared with October, data published by Statistics South Africa (Stats SA) showed on Tuesday. This represents a partial clawback from October, when production on a month-on-month basis slid by 5.2% (revised from 5.9%), a decline attributed in large part to the crippling Numsa strike that month.

Over the three months to the end of November compared with the previous three-month period, production eked out gains of 2.2%. But the “basic iron and steel” subsector, the focus of the strike, remained in the red, declining by 5.2% over the course of the three months, a trend that underscores the impact of industrial action on the economy.

Compared with November 2020, on an annual basis overall manufacturing production shrank by 0.7% in November 2021 after a sharp annual drop of 8.5% in October.

“Despite the incomplete recovery, annual manufacturing output growth was likely stronger at around 7.6% in 2021, after contracting by 12.3% in 2020. Our view is that the output recovery should continue, but the growth rate will likely moderate in 2022,” Thanda Sithole, FNB senior economist, said in a note on the data.

The December data will be of more than passing interest as economists crunch their gross domestic product (GDP) growth estimates for 2021. The latest central bank and Treasury estimates are for growth of above 5%, but many analysts believe that is optimistic.

The Absa Purchasing Managers’ Index (PMI) in December fell by 3.1 points to 54.1, with all of the major subindices, bar the one for inventories, losing ground. That is a survey of purchasing managers in the manufacturing sector and so can be taken as an indication that momentum probably slowed in December.

With an official unemployment rate of almost 35%, it is critical that manufacturing — which in South Africa remains relatively labour-intensive — kicks into a higher gear. DM/BM