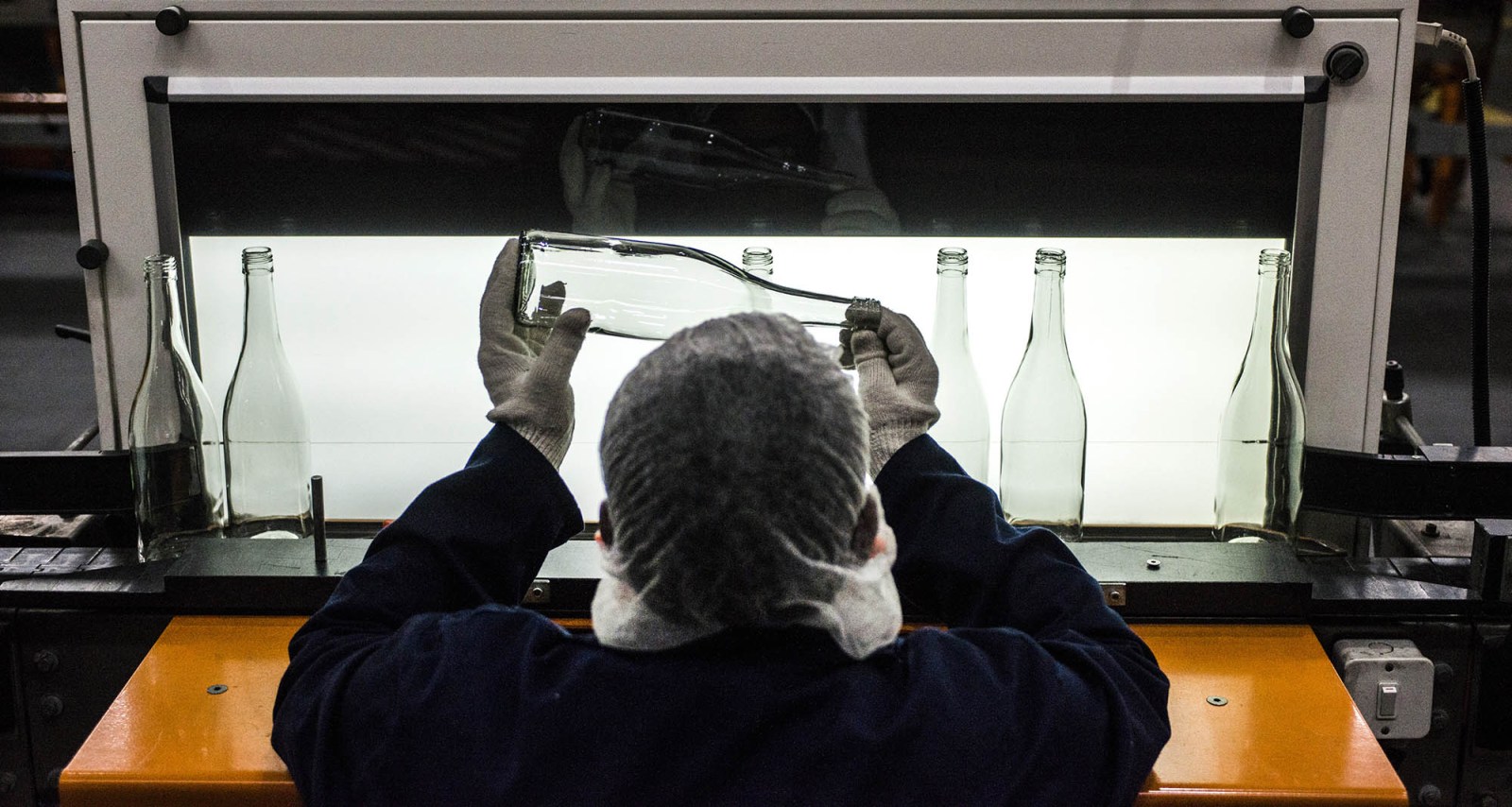 A worker uses a light source to check for imperfections in clear glass bottles on the production line at the Nampak Ltd manufacturing plant in Roodekop, South Africa. (Photo: Waldo Swiegers / Bloomberg via Getty Images)

The recovery in South Africa’s manufacturing sector remains tepid, at best. The Absa Purchasing Managers’ Index, one key barometer of the sector’s health, declined in December. The only silver lining is that it remains in expansionary territory above the neutral 50 mark.

The Absa Purchasing Managers’ Index (PMI) in December stumbled 3.1 points to 54.1, with all of the major subindices, bar the one for inventories, losing ground.

“At 49.5 in 2021 Q4, the [business activity] index averaged well above the Covid third wave and riot-induced weak level [43.1] recorded in the third quarter. Even so, the Q4 average was still notably lower than the average of almost 57 points recorded in the second quarter of 2021,” Absa said.

“This suggests that while actual manufacturing production showed post quarterly growth in 2021 Q4, the level of actual output is unlikely to fully recover from the stark losses experienced in the third quarter.”

There is often a lot of talk about finally reaching “pre-pandemic” levels of output. But a new benchmark is getting back to “pre-July social unrest” levels of output – those eight blazing days of rioting and looting took a heavy toll on the economy and the final tally is still being counted. One tentative step forward, two staggering steps backward.

Against the backdrop of a 34.9% unemployment rate, it is depressing to note that the employment index, after briefly edging into positive territory above 50, sank more than eight points to 42.4. Manufacturing is regarded as one of the key sectors to soften the unemployment crisis. But it is not manufacturing jobs.

“Although we would caution not to read too much into a single month’s print, the employment dynamics need to be watched,” Absa said. “Considering that 2021 was a recovery year from the 2020 crash, this is a particularly poor outcome.”

The Absa PMI is based on a monthly survey of purchasing managers in the South African manufacturing sector. Those surveyed indicate if specific activities for their companies increased, decreased, or remained unchanged. As such, it is a crucial indicator of the sector’s health. For the sake of the wider economy, especially on the job creation front, it needs to be on the mend in 2022. DM/BM