Zulu king, queen and princesses to wage court battle over Goodwill Zwelithini’s will 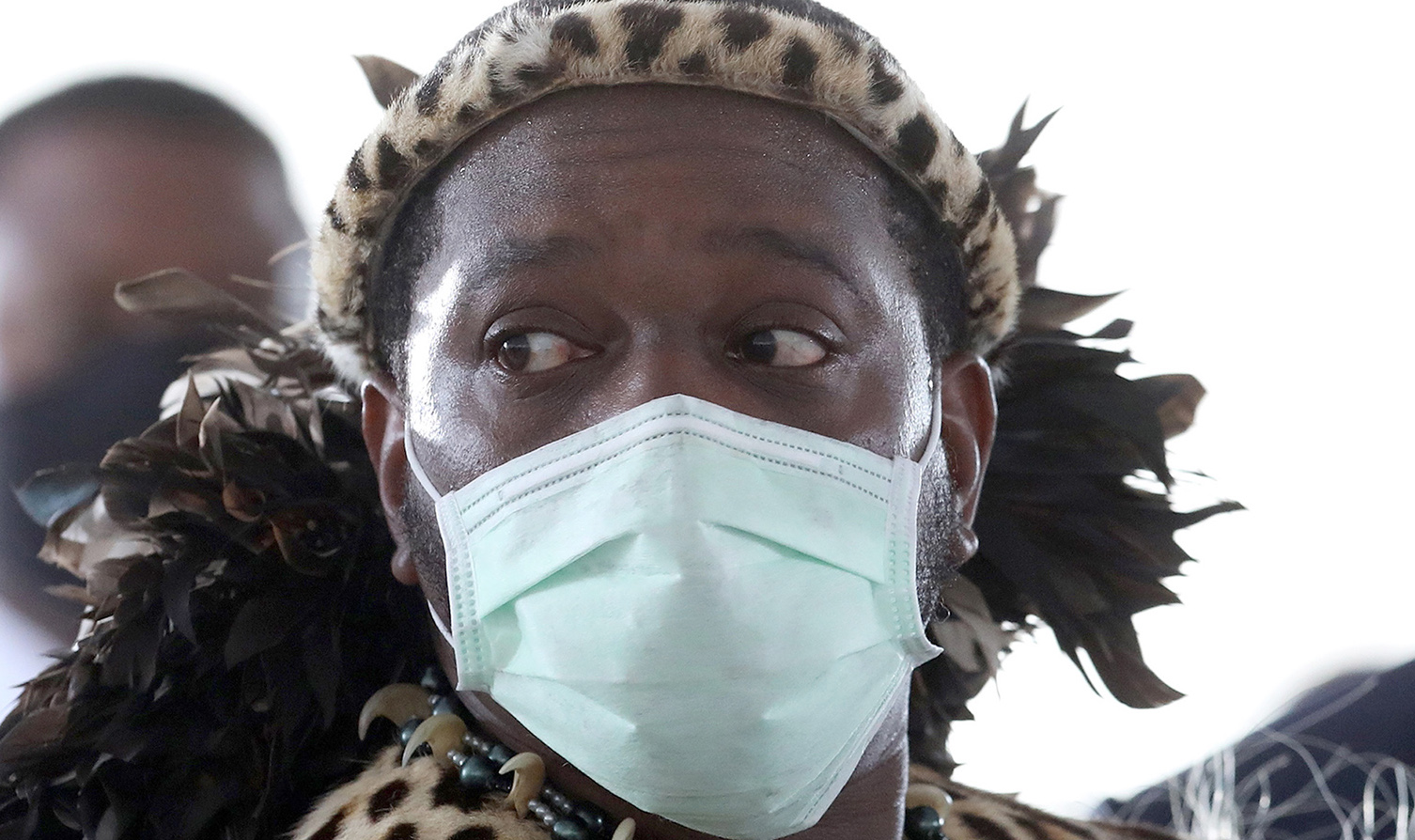 Should the court find that the late Goodwill Zwelithini kaBhekuzulu’s signature was forged in parts of the will – as alleged by the princesses – there will be implications for the disputed rule of King Misuzulu, who is yet to undergo an official coronation as a result of the court action.

Lawyers for King Misuzulu kaZwelithini and those for the first Zulu queen, Sibongile Winifred Zulu, and her daughters, princesses Ntandoyenkosi Zulu and Ntombizosuthu Zulu-Duma, will square up in the Pietermaritzburg High Court on Tuesday and Wednesday to determine if the will of the late Goodwill Zwelithini kaBhekuzulu is an authentic document, and if Winifred is entitled to half of her deceased husband’s lucrative estate.

The matters were initially brought separately but have since been consolidated. Should the court find that kaBhekuzulu’s signature was forged in parts of the will – as alleged by the princesses – there will be implications for the disputed rule of Misuzulu, who is yet to undergo an official coronation as a result of the court action.

Misuzulu’s mother, Queen Mantfombi Dlamini-Zulu, who was the third wife of kaBhekuzulu, declared her son the chosen heir in her will. She died on 29 April last year, a month after the death of kaBhekuzulu.

Mantfombi was appointed regent following the death of her husband. But the princesses have claimed that Mantfombi did not have the necessary standing to be declared such or to bequeath to her son the title of king of the Zulu nation as he was not mentioned as such in kaBhekuzulu’s will.

Winifred is seeking a declaratory order stating she married the late king in terms of civil law and in community of property, which entitles her to 50% of kaBhekuzulu’s estate. The other five wives were married in terms of customary law, and thus have no standing, she contends.

“One of the most important effects arising from our marriage was that civil law did not recognise polygamy,” said Winifred in her founding affidavit. Any attempts to dispose of kaBhekuzulu’s estate as if it were his sole property, would be “legally incompetent and impermissible”, she argued.

And thus enters the second possible outcome related to the late king’s disputed will – wherein he stated, according to Winifred, that if she tried to assert her rights, “I am to be disinherited of all my rights in the Royal Household Trust and my name is to be removed and all benefits derived therefrom would be terminated with immediate effect.

“This is the consequence which is to follow even if I succeed in this litigation. I am advised that these provisions of the will are either contra bonos mores or in conflict to the prevailing laws of our country and to the jurisprudence that is followed by our courts.”

At the time of filing her founding affidavit, Winifred said that although she was bringing the court action, she had no intention of “evicting” the other queens and their children, no intention of causing any friction in the royal household, and wanted all descendants of the king to be treated equally and as his children.

In their 78-page supplementary heads of argument dated Monday, the legal team for Misuzulu and Prince Mangosuthu Buthelezi, traditional prime minister to the Zulu nation, dismissed the arguments made by Winifred and the princesses as baseless and lacking any evidence.

A key point repeatedly made by advocate Griffiths Madonsela SC was that regardless of any outcome of either application, neither should have any effect on the succession to the Zulu throne:

“There is no discernible correlation between the marriage issue[s] and the impeachment of the will, on the one hand, and the succession to the throne, on the other.”

He said the royal family had “already spoken and identified King Misuzulu as the successor to the throne”.

Madonsela said the reliance of Winifred’s application on the Native (Black) Administration Act of 1927 under which her civil marriage to the king took place, was “ironic”, as it was “the very piece of legislation which was responsible for demeaning African people of this country with its racist provisions”.

He argued that the reason many Africans were married under the now repealed act was because they had little choice, as customary marriage was not given the recognition it deserved.

The 1998 Recognition of Customary Marriages Act had righted this wrong while simultaneously providing the king’s five customary wives with the rights afforded to those married under civil law, said Madonsela. There had been landmark cases before the courts recognising this, he added.

As for the queen’s claim to 50% of the estate, it should be a matter for the executor, not the courts.

Madonsela said while the claim that the will was fraudulent should not stand, he challenged the princesses’ assertion that if the will was found to be a fake the succession to the throne should be questioned.

He said what the princesses hoped to achieve through the court action was to force the KwaZulu-Natal premier and the president to investigate who has the rightful claim to the kingship, as provided for by Section 8(4) of the Traditional and Khoi-San Leadership Act of 2019.

Instead, Madonsela said, even if the 2016 will was found wanting and the 2014 will was used instead, the appointment of King Misuzulu would still occur.

“We submit that the President and the Premier have no wiggle room to embark upon a section 8(4) ‘investigation’ process.

“The section 8(4) process, we submit, can only be engaged if and when ‘evidence or an allegation that the identification of a person as a king or queen… was not done in terms of customary law and customs’. The applicants do not make that case at all. Indeed, there is no evidence that any other prince is, at customary law, eligible for consideration as the successor to the late King.”

Buthelezi has said that neither he nor Misuzulu will be present in court on Tuesday or Wednesday “based on the ongoing Covid-19 danger”, and discouraged supporters from attending for the same reason. DM