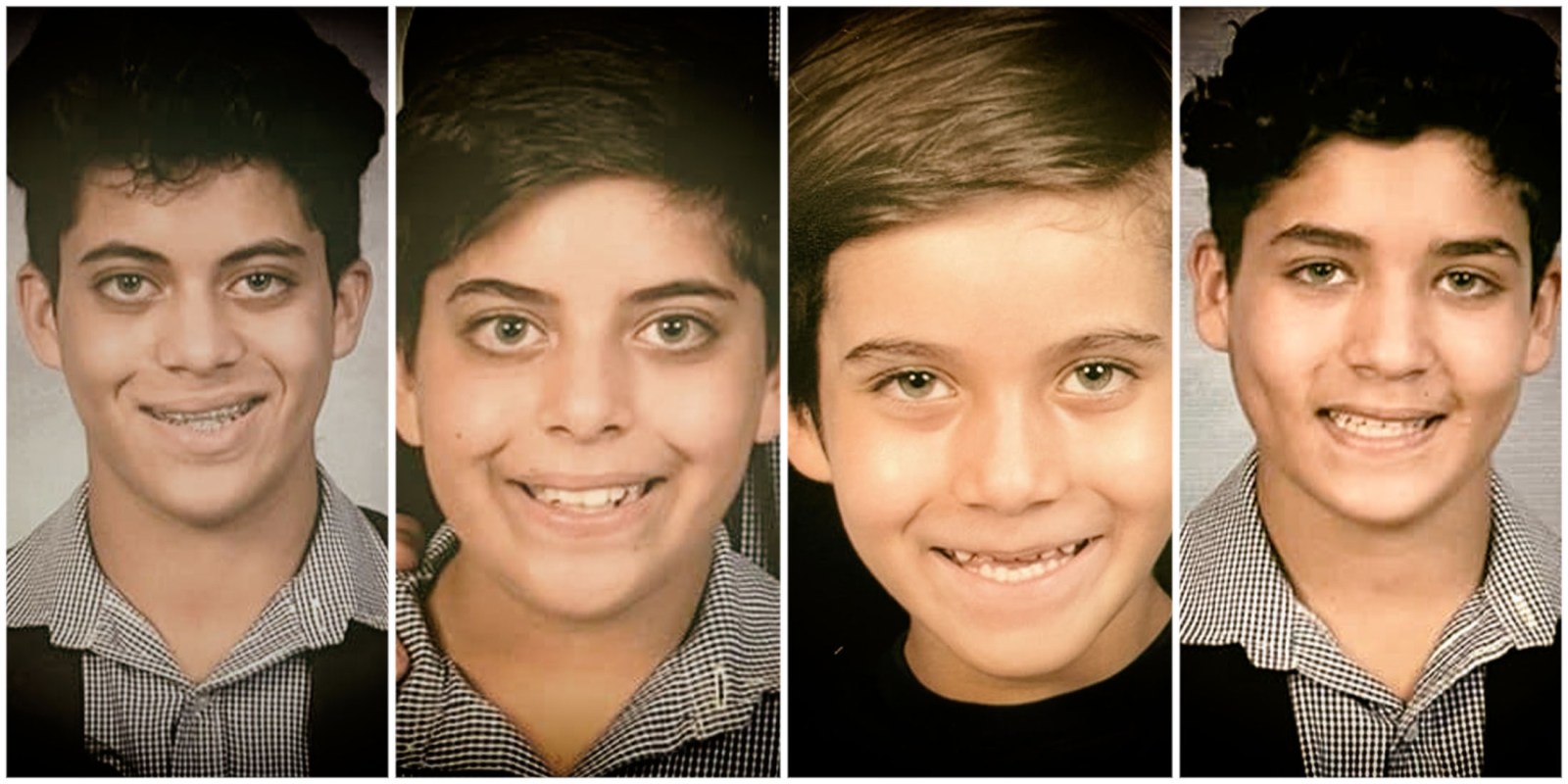 The Moti brothers, Zia, Alwaan, Zayyad and Zidan, aged between six and 15, were kidnapped by gunmen on their way to school in Limpopo in 2021. (Photo: Supplied)

The Moti family has obtained an interdict halting the police from questioning their minor boys about their kidnapping ordeal. Child experts believe the interdict is in the best interest of the children and saves them from further trauma.

The news surfaced on Sunday, 9 January 2022 after it emerged that a successful application was brought by Nazim Moti on behalf of his sons. Moti, a businessman from Polokwane, has since left the country and reportedly relocated to Dubai.

Family members confirming the Motis’ sudden departure said the family don’t want to engage with the media at this stage.

Police spokesperson Robert Netshiunda confirmed the interdict effectively stalls the SAPS investigation into the kidnapping of Zia, Alwaan, Zayyad and Zidan Moti. It prevents them from interviewing the boys and any member of the family.

Reacting to the setback in the investigation, Police Minister Bheki Cele said: “We regard it as non-cooperation at the moment, rather than obstruction of justice. Perhaps the time will come where we will draw the line and say this is just non-cooperation. But they are hindering the working of justice.”

The boy’s kidnapping ordeal started on Wednesday, 20 October 2021 while they were on their way to school. They were released unharmed on 11 November 2021 and dropped off next to a road in Vuwani after the family allegedly paid R50-million to their kidnappers.

On Monday, 10 January, Ann Skelton, a professor of Law at the University of Pretoria where she holds the Unesco chair in Education Law in Africa, told Daily Maverick she is not aware of any specific law that aims to protect child victims from being interviewed by police.

“However, the power to apply for interdicts is part of South African common law and is done according to the rules of civil procedure. I presume that the applicants would have to demonstrate that there was a risk of significant harm to the children in order to obtain such an order.”

But Dr Joan van Niekerk, a child rights and protection consultant, is of the view that the Moti parents must have applied for the interdict and the court would have decided in the “best interest” of the child to grant it.

“One might make the assumption that the children must have been seriously threatened and very fearful. We have come across other instances in which parents have refused in sexual cases to let their children testify.

“We have also had many instances of prosecutors not prosecuting where the child is so fearful they are not capable of coping with examination and cross-examination which is often very arduous for children.”

She added: “I have such a case right now where the child is really frightened and was at court but saw an offender and then became mute. In fact, this to me is a miscarriage as the child should not have been waiting in a public space in which the accused has the ability to go.”

Crimefighter Hanif Loonat has been involved in most of the kidnapping cases involving prominent Pakistani businessmen in the Western Cape over the past few years. In these negotiations Loonat said he found that “every victim chose not to cooperate with law enforcement agencies after the release”.

“The fact that they (victims) don’t want to work with law enforcement make them accomplices for future kidnappings. In fact they know who the kidnappers are and are not telling the police. These guys (kidnappers) will continue this.

“In all the negotiations I have been involved in, the victims knew who the kidnappers were and they all refused to cooperate with SAPS,” he said.

Explaining why petrified kidnapping victims refuse to talk to the police, activist Imraahn Mukaddam cited the case of a Chinese man who was recently kidnapped and released in Cape Town.

“The kidnappers knew exactly the brand of cigarettes the victim’s brother smokes. They had so much personal information on the victim. The kidnappers showed him pictures of all his family members.

“The amount of reconnaissance the kidnappers carry out instils unimaginable fear within victims. One cannot blame victims for not talking to the police or [for leaving]  the country,” he said.

It has been alleged that a Pakistani syndicate is behind the spate of kidnappings in the country. Chairperson of the Pakistani community in the Western Cape Iftikhar Butt, said all 16 forums in the different provinces are looking into these allegations.

“We are also working closely with the Hawks to determine if our nationals are indeed part of a kidnapping syndicate.” DM