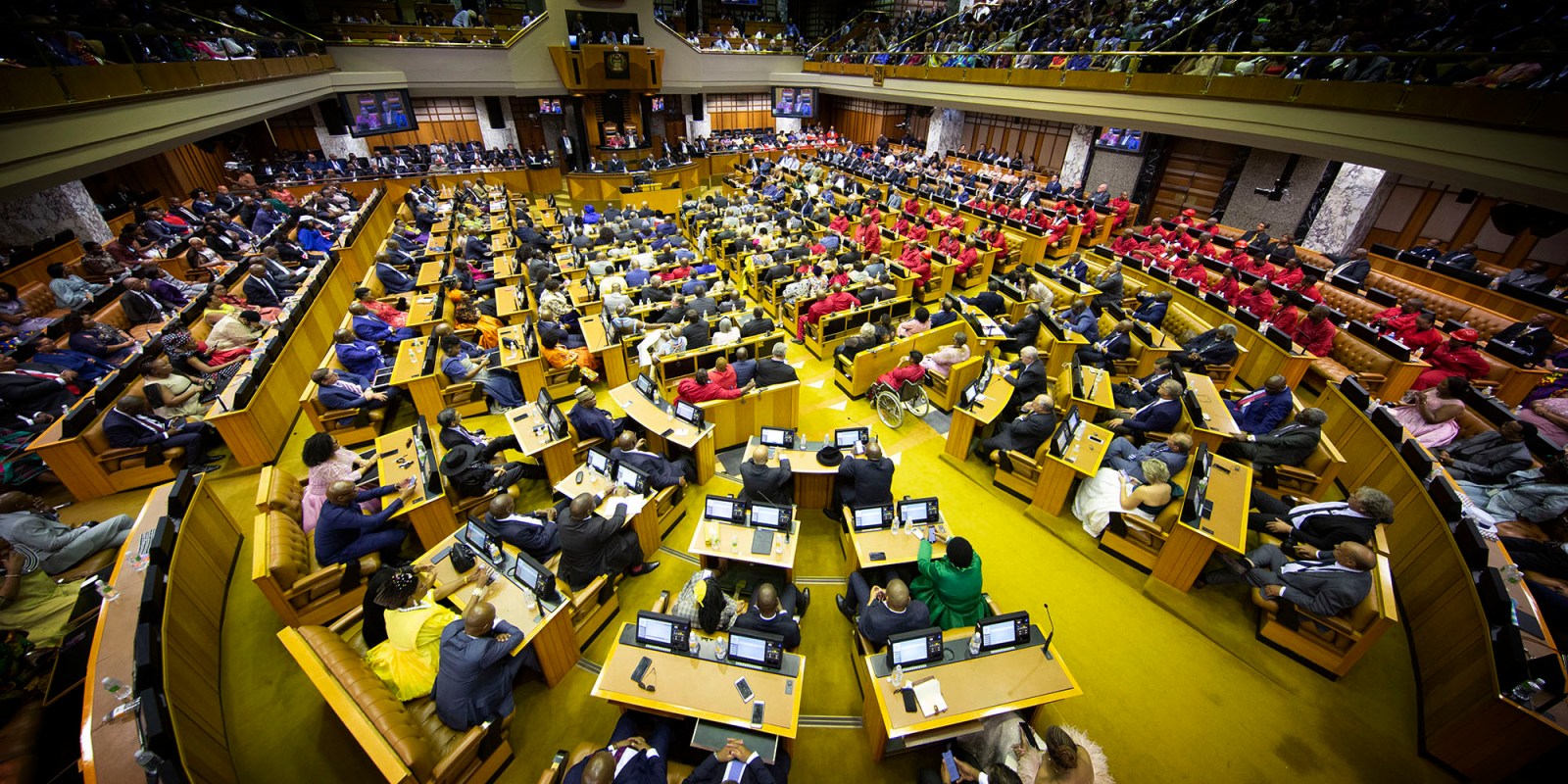 Electoral legislation amendments and the State Capture report could make politics spicier as MPs will need to toe the party line while respecting our Constitution.

Like the 2021 municipal elections hung over Parliament for most of that year, elections will again dominate the national legislature in 2022 – this time the Constitutional Court-ordered election legislative changes so independents can contest provincial and national polls.

Less than six months remain of the two-year grace period the ConCourt gave Parliament after it ruled the current law unconstitutional in June 2020 for not accommodating independents in national and provincial elections.

It’s inordinate time pressure on parliamentarians to condense the legislative pipeline that on average takes two years. With the opening of the parliamentary calendar being the State of the Nation Address set for 10 February 2022, in effect just over four months are available for both Houses of Parliament to pass the Electoral Amendment Bill before the ConCourt’s June 2022 deadline.

Extensions may be requested from the Constitutional Court, but that’s embarrassing. And the reality is that the Electoral Commission of South Africa requires an average of two years to prepare for elections. The 2024 elections are around the corner.

One reason Parliament finds itself in a tight spot is that Home Affairs Minister Aaron Motsoaledi only tabled the electoral legislative amendments in late November 2021 – and the home affairs committee did not move with the Private Member’s Bill on electoral reform that Cope leader Mosiuoa Lekota introduced in February 2021.

Although already in August 2020 the minister told MPs the matter is being attended to, a ministerial advisory committee was only established in February 2021. Its June report to Motsoaledi showed a split, but favoured the majority view for substantive reform that included 200 constituency-elected MPs alongside 200 elected from party lists.

But it was the minority, so-called minimalist option that was preferred by the ANC National Executive Committee (NEC) after discussions and workshops, as Carol Paton wrote in Business Day on 15 September.

The Electoral Amendment Bill now before Parliament after Cabinet gave it the nod on 24 November eschews broader electoral reform to follow the “minimalist option”, proposing largely technical amendments to include independents who must meet support and other criteria.

With lawmakers back from 25 January for both training and committees, according to the 2022 parliamentary framework, the clock is ticking.

No time pressure exists for lawmakers over the State Capture report that’s set to include at least a chapter on how Parliament conducted its constitutionally mandated oversight.

While commission chairperson Acting Chief Justice Raymond Zondo must by 1 January 2022 submit the report to President Cyril Ramaphosa, no timeframe exists for the President to release the report to the public. Only when the report is public could Parliament be expected to engage with possible findings and recommendations.

This may present political pickles – also for the election front.

One thread throughout the State Capture commission special parliamentary hearings was the relation between MPs toeing the party line given they arrived at Parliament on party political lists, and lawmakers’ oath of office to “obey, respect and uphold the Constitution and all other law…” alongside being “faithful to the Republic of South Africa”.

Re-examining the electoral system to ensure MPs who wanted to speak out could do so was one takeaway from those parliamentary oversight special hearings by the State Capture commission.

“I think in the current system of oversight, the evidence that I heard … it’s as if there’s no oversight in Parliament. Of course, there are some committees that have tried…,” said Zondo on 5 February 2021. That’s after several days of testimony, including how ANC MPs only privately or informally discussed State Capture and how “political dynamics” limited what could be done, as explained by Themba Godi, the former chairperson of Parliament’s public spending watchdog Scopa.

“There were some members of Parliament in the ANC who effectively thought they were protecting the ANC if revelations that could show wrongdoings of some members of the ANC were not brought to the open,” Zondo told Rantho, who replied, “That is correct.”

The public enterprises committee was the only one of the four committees that Parliament had asked to probe State Capture and #GuptaLeaks claims that started and completed such an investigation.

ANC national chairperson and Mineral Resources and Energy Minister Gwede Mantashe in April told Zondo what mattered was the party line, and only that because MPs got to Parliament because of a political party.

“You are on the ANC list. You are in Parliament. You are expected to respect the Constitution … but you are not a free rider. You are not on a free-range where you can do as you like.”

This was echoed before Zondo by President Cyril Ramaphosa: “Political parties, by their nature, have a herd mentality. Like cattle they move together as a herd. That being the case, we do say there is always an exception for one or two or [a] few members of the herd to hold different views. But the general rule of thumb in a party system is [that] you go along with the party line.”

But then there is an MP’s oath of office to “obey, respect and uphold the Constitution and all other law…”

And the ConCourt, in its unanimous 22 June 2017 judgment in the so-called secret ballot case brought by the United Democratic Movement, made it clear MPs’ priority is SA.

Depending on what the State Capture commission finds and recommends – if anything – Parliament could have its task cut out to ensure Constitution and state trump narrow party political interests.

If the national legislature were to do that, it would lead the way towards a very different way of doing politics.

But for now Parliament’s political leadership seems intent on using any means necessary to sidestep potential political pickles, including a narrow technicist decision that matters before court cannot be discussed by lawmakers. That’s even though South Africa’s courts years ago dismissed sub judice; ditto, Parliament’s own Rule 69, and parliamentary legal service’s legal opinion.

But this decision allows Parliament to play kick for touch with the impeachment proceedings against Public Protector Busisiwe Mkhwebane and Western Cape Judge President John Hlophe. Both matters are set to play out in the courts in 2022.

Closer at hand is the African Transformation Movement’s (ATM’s) sponsored motion of no confidence in Ramaphosa for, among other things, rolling power outages and corruption. It was left pending after the two-strong opposition party went to court to challenge the rejection of a secret ballot.

That secret ballot is deemed necessary to give disgruntled ANC MPs like those more of the Radical Economic Transformation persuasion the protection they need to break the party line. As 2022 is the year of ANC policy and national elective conferences that will put factional battles in stark relief, a secret vote is crucial.

On 8 December National Assembly Speaker Nosiviwe Mapisa-Nqakula said she was applying her mind as ATM has renewed its bid for a secret ballot motion of no confidence in Ramaphosa.

The year 2022 shows no indication of being any less pressured or prickly. Parliament is set for a roller-coaster year. DM168