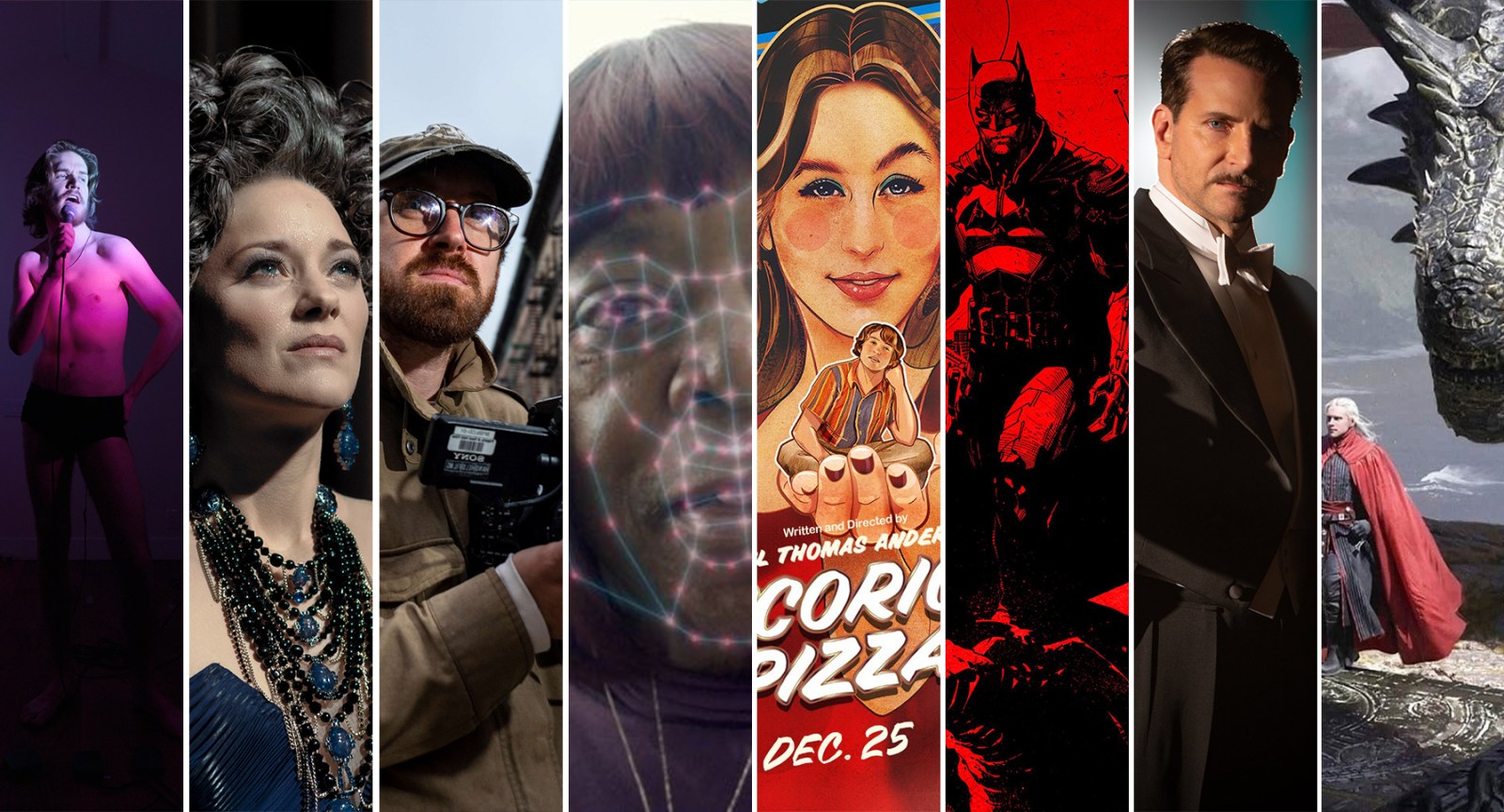 With 2021 wrapping up, we’re looking back on some of the year’s best films and series you might have missed, and a few of the big titles coming in next year.

An impressively extensive documentary on how racism and sexism creep into the unseen algorithms that hold more and more influence over our lives, told by women activists who are fighting the big tech companies that hold the code.

A breakthrough moment in Riz Ahmed’s career, Sound of Metal is an exceptional film about a drummer’s struggle to adapt to his sudden loss of hearing. Its creative use of sound design to create empathy and immersive subjectivity won it well-deserved Oscars for sound and editing.

The Disciple: Showing on Netflix

A melancholy character study of a boy with unfulfilled ambitions to be recognised as a master of Indian classical music. The Disciple artfully portrays the pain of being disregarded but also the fulfillment to be found in a love of one’s craft that is not contingent on the recognition of others. Its subtle realism is as absorbing as its transcendent soundtrack.

How to with John Wilson: Showing on Showmax

Bo Burnham: Inside: Showing on Netflix

A revolutionary Netflix comedy special that transcends the genre. Confined to a single room over lockdown, Burnham openly exhibits his creativity, wit and deteriorating mental state, alternating between razor-sharp satirical songs, and bouts of revealing depressive episodes which have spurred concern for the comedian’s wellbeing. During the trauma and isolation of the pandemic, Inside is an irreverent call to bring mental health issues into the open.

One of the strangest films to have been absorbed into the mainstream this year, Annette is a risky antirealist rock opera with a powerful leading cast that dependably divides audiences. Full of contradictions, it’s a wild, layered odyssey that is utterly engrossing without being entertaining.

In The Same Breath: Showing on Showmax

A cerebral documentary comparing the parallel misinformation campaigns by US and Chinese authorities during the early stages of the pandemic, narrated with profundity and directness by Chinese-born American director Nanfu Wang.

The French Dispatch: Showing in cinemas

Wes Anderson’s 10th and latest film pays tribute to journalists through several stories from a fictional magazine based on The New Yorker. The stories are linked by theme and stylisation rather than narrative, and this anthology format is perfectly suited to Anderson’s idiosyncratic style.

Licorice Pizza: In cinemas from January 28)

This Seventies coming-of-age indie film is first and foremost a drama depicting the vulnerability and turbulence of a young relationship, but with a dry, off-beat comedic flair throughout the entire journey. It was awarded Best Film of 2021 by The National Board of Review in the US and also earned director Paul Thomas Anderson the award for Best Director.

Nightmare Alley: In cinemas from January 28

Bradley Cooper also stars in Nightmare Alley, which he co-produced with director Guillermo del Toro. Del Toro’s first feature since his acclaimed The Shape of Water is a return to neo-noir that promises to be a dark, detailed and stylised period drama.

It’s the second film adaption of the 1946 novel of the same name about a deceitful carny (Cooper) who teams up with a corrupt psychiatrist (Cate Blanchett) in an attempt to dominate the dangerous underbelly of the carnival business.

Death On The Nile: In cinemas from 11 February

In this adaptation of Agatha Christie’s novel, director Kenneth Branagh returns to the screen as Detective Hercule Poirot in the follow-up to his 2017 Christie adaption Murder on the Orient Express.

It’s a traditional Christie whodunnit murder mystery in the canned context of glamour and prestige of the 1930s, this time on a cruise rather than a luxury train.

The Batman: In cinemas from 4 March

Batman has been reinvented by more actors than any superhero in movie history. Not even Ben Affleck’s one-dimensional angry man-child performances in the recent box-office flops Batman V Superman: Dawn Of Justice and Justice League were enough to deter production companies from the dark caped crusader.

This time around, Robert Pattinson is giving it a go under the direction of Matt Reeves. Having been delayed several times due to Covid, DC fans wait with bated breath to see Pattinson and Reeve’s take on the first solo Batman film since Christian Bale and Christopher Nolan’s beloved trilogy.

Game of Thrones is finally getting its first spinoff series, which will focus on the dragon-riding house of Targaryen. Although GOT was one of the most successful series of all time, its final season received very mixed reviews. The first spinoff series has the potential to either reignite GOT’s previously stratospheric popularity, or be a nail in its coffin.

HBO had planned to release a spinoff series focused on The Long Night, and despite shooting a pilot for it in 2019 which cost $30-million, they cancelled the project, suggesting that they were aware of how important the first spinoff series will be in determining the viability of future spinoffs. However, HBO seems confident in the quality of House of the Dragon, having given a 10-episode series order without even a pilot having been produced.

We have been promised an underwater sequel to James Cameron’s massive otherworldly sci-fi for more than a decade now. Currently it’s scheduled to be released at the end of 2022, but don’t hold your breath.

The main reason for its continual delay has been Cameron’s determination to portray the seas of Pandora with the same industry-defining hyperrealism of his first film – and that required technology which barely existed 10 years ago. The good news for fans is that Cameron claims that once Avatar 2 is released, there will be three more sequels released every second year up to 2028 (alternating with his Star Wars films). DM/ML

You can contact Keep an Eye Out via [email protected]