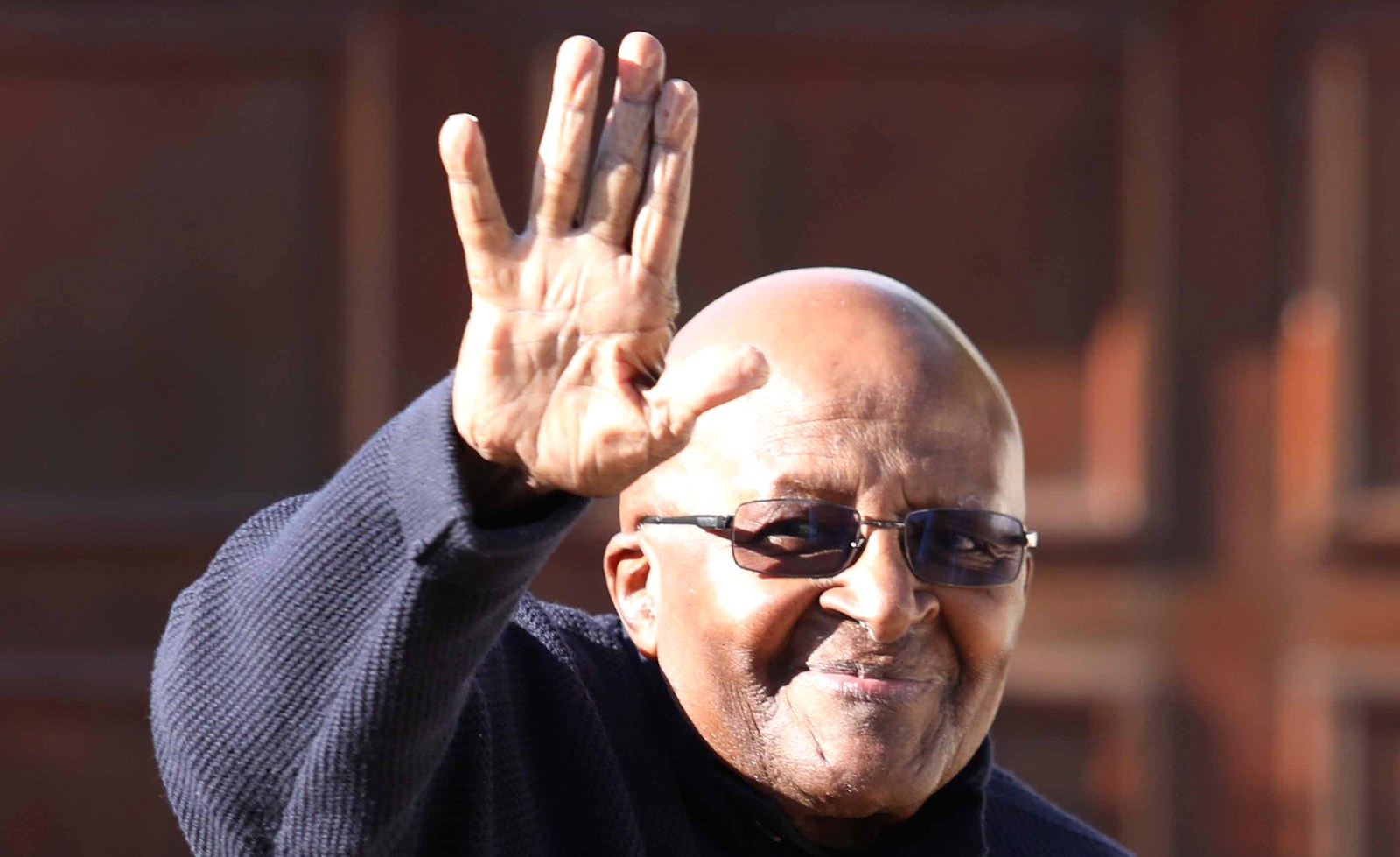 Remembering the moment that birthed a lifetime of activism and service.

The defining moment in Archbishop Desmond Tutu’s life, according to the Arch himself, famously took place in a street in Munsieville township, in Krugersdorp, western Johannesburg, in the mid 1930s.

A passing white man in a peculiar dress, whom he later knew to be the English priest, Father Trevor Huddleston, doffed his hat and respectfully greeted his beloved mother, Mrs Aletta Tutu.

What made the event remarkable was its context. Generally speaking, white men who ventured into segregated black townships were either police or government officials. For them to acknowledge the dignity of members of the local population was unheard of.

It marked the beginning of an enduring and special relationship between Tutu and the English priest, who spent 12 years in Johannesburg, and for his resolute stance against apartheid was given the name, Makhalipile, “the dauntless one”.

Soon after Tutu started high school, he contracted tuberculosis and spent more than a year in an infirmary. Among his most regular visitors was Father Huddleston. Tutu later studied at St Peter’s School in Rosettenville, for which Huddleston, as a member of the Community of the Resurrection in the suburb, was responsible.

On his return to England, Huddleston went on to head the British Anti-Apartheid Movement.

When their first child was born years later, Desmond and his young wife, Nomalizo Leah, called the boy Trevor.

Nearly a lifetime afterwards, asked to name her husband’s finest attribute, Mrs Tutu said it was his in-built principle of non-racism and non-discrimination. He truly viewed people’s colour, gender, sexual orientation, religious belief, social status and culture to be non-considerations. All were equal members of God’s family.

This was the enduring seed that the chance encounter with Huddleston had planted.

In 1978, Tutu, then the Bishop of Lesotho, accepted the position of secretary-general of the South African Council of Churches. He was the first black person to hold the position.

With anti-apartheid organisations banned, and most of the country’s political leaders either imprisoned or exiled, the Council of Churches occupied an important position. Under Tutu’s leadership, it became one of South Africa’s most visible human rights advocacy agencies. His efforts gained him international recognition, culminating in his receiving the Nobel Peace Prize in 1984.

From the perspective of the apartheid regime, he’d become an uncontainable force. They couldn’t arrest or murder him, because there would have been a huge international outcry. They tried threatening and intimidating him and his family, but the Tutus were made of sterner stuff than that. He spoke pure truth to power, and there was nothing that power could do to stop him.

His work for global divestment from South Africa, boycott and sanctions saw him playing an increasingly international role. He became a considerable thorn in the flesh of Western leaders such as Ronald Reagan, Margaret Thatcher and Helmut Kohl, criticising their lack of integrity for retaining links with the apartheid government.

Only racists would support racist policies, he said.

Years later, the long-serving apartheid Minister of Foreign Affairs, Pik Botha, described the futility of trying to shut him up. The Arch would give a stinging interview to the BBC, for example, to which the South African government would respond by despatching Botha to the UK to go and speak to the BBC – “to do damage control”, Botha said.

He did his best, but there was only so much you could say, Botha smiled…

The Arch had became an object of hatred in much of white South African society’s eyes, and the media portrayed him as a terrorist.

He responded with customary humour, and by doubling down on his work. Tactically, he used humour to convey serious messages, though not everyone found him funny.

He specialised in making himself the butt of his jokes. Among the stories he made up was about rowing in a rowing boat with former president PW Botha, when Botha’s hat blew off in the wind. The Arch put down his oars and walked across the water to retrieve the hat. The headline in the paper the following day was, “Tutu can’t swim”, he’d say, before collapsing in giggles.

He was a regular air traveller at the time – a time when the overwhelming majority of passengers on South African flights were white. If looks could kill he’d have been dead a thousand times, he said later of the reception he’d get as he boarded the plane.

In 1986 he was appointed to the top position in the Anglican Church of Southern Africa: Archbishop of Cape Town. It was the ideal platform from which to conduct the last few years of the anti-apartheid struggle, and contribute to the process of transformative and reconciliatory healing.

His appointment as the first black Anglican Archbishop sounded the death knell for racial discrimination in the church. Now he set about the job of persuading the church to quit discriminating against women. In 1992, he ordained two of the first women to become Anglican priests in South Africa. (Two archbishops later, the church is still working through its position with respect to the exclusion of priests from the LGBTQI+ community.)

Another of the Arch’s transformational activities was reaching out to embrace those he literally regarded as his sisters and brothers of other Christian denominations and other faiths. God was not a Christian, but the God of all religions, he later said. His leadership of the interfaith movement built important bridges across a radically divided society.

In a sense, he became a Pied Piper of the anti-apartheid movement.

He was the Nobel Peace Prize-winning archbishop, globally recognised for integrity, and a patron of the anti-apartheid movement inside the country, under the banner of the United Democratic Front. He walked with imams, rabbis, priests and social activists…

They created a safe space for others to join, from other faith groups and other sectors of society. By the time they stopped marching they had been joined by business and civic leaders – even the apartheid mayor of Cape Town.

“We marched, and the Berlin Wall fell,” the Arch later described these events. “When people march together in pursuit of a righteous cause, they become an unstoppable force.”

All this trouble seeded on that Munsieville street when the white man in the cassock showed some basic human courtesy to a black washerwoman. DM