‘Remember your angina pills’ and other life lessons...

Lessons from my father

‘Remember your angina pills’ and other life lessons from my father: Hym Rabinowitz 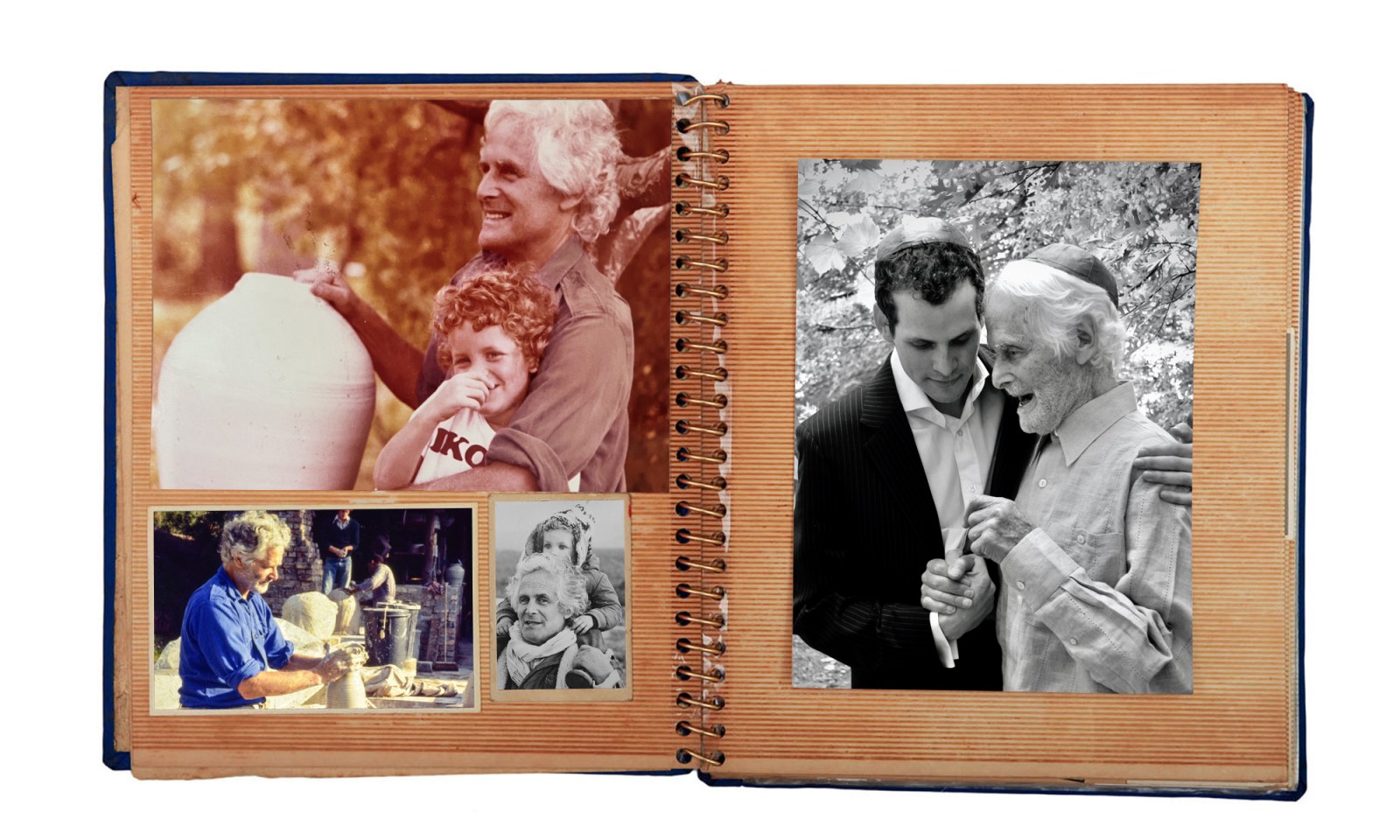 My father died in 2009 at the age of 88, having lived a truly extraordinary life.

The son of Lithuanian immigrants, his achievements included captaining the school boxing team, fighting in a world war, and trading a career in accountancy for pottery.

But perhaps his greatest achievement was his constant, steady presence in my life. He was always around. The furthest away he’d be was a 10-minute walk through a pine forest. He was never “at the office” or “in a meeting”, and when he was “away from his desk” he’d most likely be sitting under a tree sipping a cup of Rooibos and staring out at the mountain.

The environment he chose for his home and workshop was idyllic, but it was the quality of being he brought to the world that stood out. Over many decades, visitors flocked from around the world to visit the master potter. They didn’t just come for the pottery though. They were there to experience my father’s presence – the presence of a man completely at peace with himself and the world around him. Someone who, as one friend once put it, “provided unconditional love, inspiration and hope for a different kind of life to live. A life of purpose, passion and discovery.”

A few months back (before the request to write this piece arrived in my inbox), I woke up at 3am and found myself “downloading” some of his guidelines for living a fulfilled life. I hope some of them resonate with you.

Follow your heart unwaveringly. If pursuing your passion means sub-letting your cottage and sleeping in a kiln for six months to make ends meet, you’ll be okay.

Dedicate years to honing your craft, whatever that may be. Creativity emerges through repetition. And whistling.

If you need a mentor, find one. If they live in a far-off place (like Cornwall, Abuja, or White River) make a plan and show up at their front door. Or set up a Zoom call… just don’t pick their kids up from church in a sarong, it makes the neighbours nervous.

Do your morning stretches. Practise drawing the alphabet with your nose while lying in bed (apparently it’s good for your neck).

Cultivate a healthy disregard for material wealth, possessions and ownership in general. As the memes proclaim: “The best things in life aren’t things.”

If you struggle to stay warm in winter, procure a fisherman’s jersey from the Channel Islands (preferably a Guernsey – the Jersey jerseys aren’t great). Don’t be shy to wear your guernsey, a balaclava, and a pair of veldskoen to bed (especially if you live in a kiln).

Clear the decks regularly – there’s a reason Confucius wouldn’t sit on his mat until it was straight (and yes, that reason might be that he had OCD, but still).

There’s no shame in a daytime nap, even if it’s the moment you get to work. If your boss won’t let you nap, sharpening pencils is the next best form of procrastination.

Eat healthily. Keep your muesli ingredients in your favourite pots. Experiment with bean stews. If you’re stashing your backpack with padkos, remember that raw carrots, cauliflower and broccoli cure all manner of ills. Bear in mind that when it comes to chocolate, resistance is futile.

Avoid comparing yourself to others. You’re on your journey, they’re on theirs. When possible, contribute your work to a good cause.

If you’re fortunate enough to have a partner, cherish them, and be willing to let the inevitable storms pass. Life is too short to waste time fighting anyone. (Except Nazis. If you have the opportunity to fight Nazis you should fight Nazis. Even if sandfly fever and seborrhoeic dermatitis gets you sent home without firing a shot).

Spend time in nature as often as possible. Hike to Sandy Bay early on a Sunday morning, but leave before the weirdo nudists arrive. Camp in the wilderness, count shooting stars, keep your eyes peeled for archaeological remains, drink “moerkoffie” (preferably stirred with a burning stick) and be careful of smashing your ankle after overdosing on Old Brown Sherry.

Walk regularly through forests. Find a good resting place along the way where you can be still, contemplate life, and pop an anti-angina tablet (especially if you suffer from angina).

If (and when) your body fails, be patient with it. If you need a triple bypass and they have to slice you open from your guggle to your zatch (as James Thurber said), take your recovery step by step. Be surprised by your own resilience.

Spend time with children, yours or others. Involve them in your work. Help them crack open pine nuts, hunt for mushrooms and commune with fireflies on warm summer nights. Delight in their joyful abandon and curiosity. Allow them to remind you of your true nature.

Love your mother, despite her foibles.

Be interested in others.
Be generous of spirit.
But most of all, be kind.

Finally, when in doubt, consult Hamlet’s Polonius (which your older brother thankfully forced you to memorise for your 1937 English setwork exam):

This above all: to thine own self be true
And it must follow, as the night the day,
Thou canst not then be false to any man. DM/ML

Lessons from My Father is a series of interviews and stories collected and written by Steve Anderson. Anderson has been a high school teacher for 32 years, 26 of them at two schools in East London and the last six at a school in Cape Town where he heads up the Wellness and Development Department and teaches English and Life Orientation. Throughout his career he has had an interest in the part fathers play in the lives of their children. He says: “This series is not about holding up those who are featured as being ‘The Perfect Father’. It is simply a collection of stories, each told by a son or daughter whose life was, or whose life has been in some way positively impacted by their father… And it doesn’t take away the significant part played by mothering figures in the shaping of their children. Theirs are the stories of another series!