Signage stands on the exterior of the Johannesburg Stock Exchange (JSE) in the Sandton district of Johannesburg, South Africa, on Monday, Sept. 3, 2018. (Photo: Waldo Swiegers/Bloomberg via Getty Images)

Gwen Lane is clearly losing out to Wall Street and Bay Street these days.

“Equity capital raised by companies listed on the JSE in the domestic and international primary share markets was 73.3% less at only R17.4-billion in the first 11 months of 2021, compared with the corresponding period of 2020,” the SARB said on Wednesday in its Quarterly Bulletin (QB). 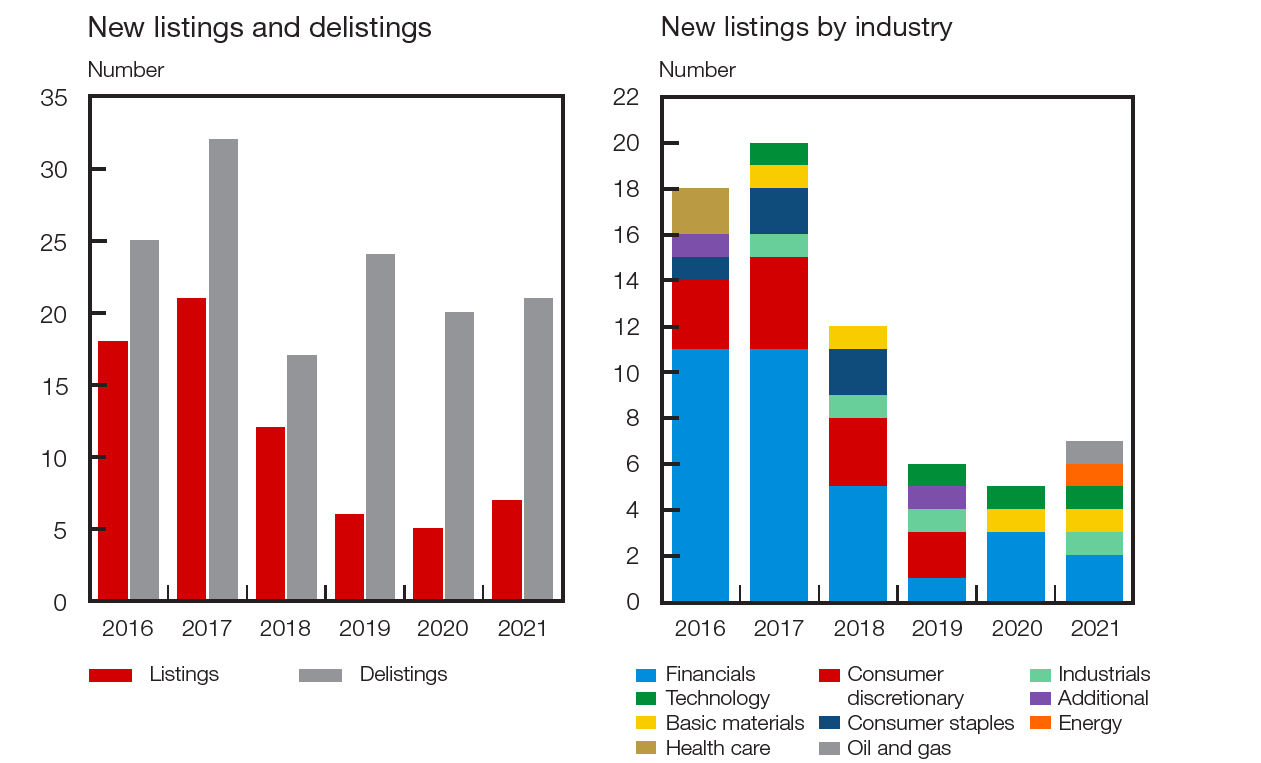 There are a number of factors at play here, notably the turmoil triggered by the Covid-19 pandemic. But it also points to the fading of the JSE as a destination for capital raising and investment.

Take, for example, this December announcement from the Toronto Stock Exchange and TSX Venture Exchange.

Three new mining company listings alone in November in Toronto — no surprise, given the unfolding commodities boom. But that boom is being squandered in South Africa as the DMRE continues to make a hash of policy while its capacity to do its job comes apart at the seams.

Listed resources companies are still raising capital on the JSE.

“Listed companies in the resources and financial sectors accounted for 33.9% and 43.5% respectively of the total value of capital raised in the first 11 months of 2021,” the QB noted.

But a lot of that will be aimed at sustaining existing operations or building new solar power plants and that kind of thing. Little will be directed toward exploration or building new mines, the kind of investment that extends the life of the mining sector.

Meanwhile, Gwen Lane in the Sandton CBD is losing its shine. DM/BM