MOTORSPORT DRAMA TO THE MAX 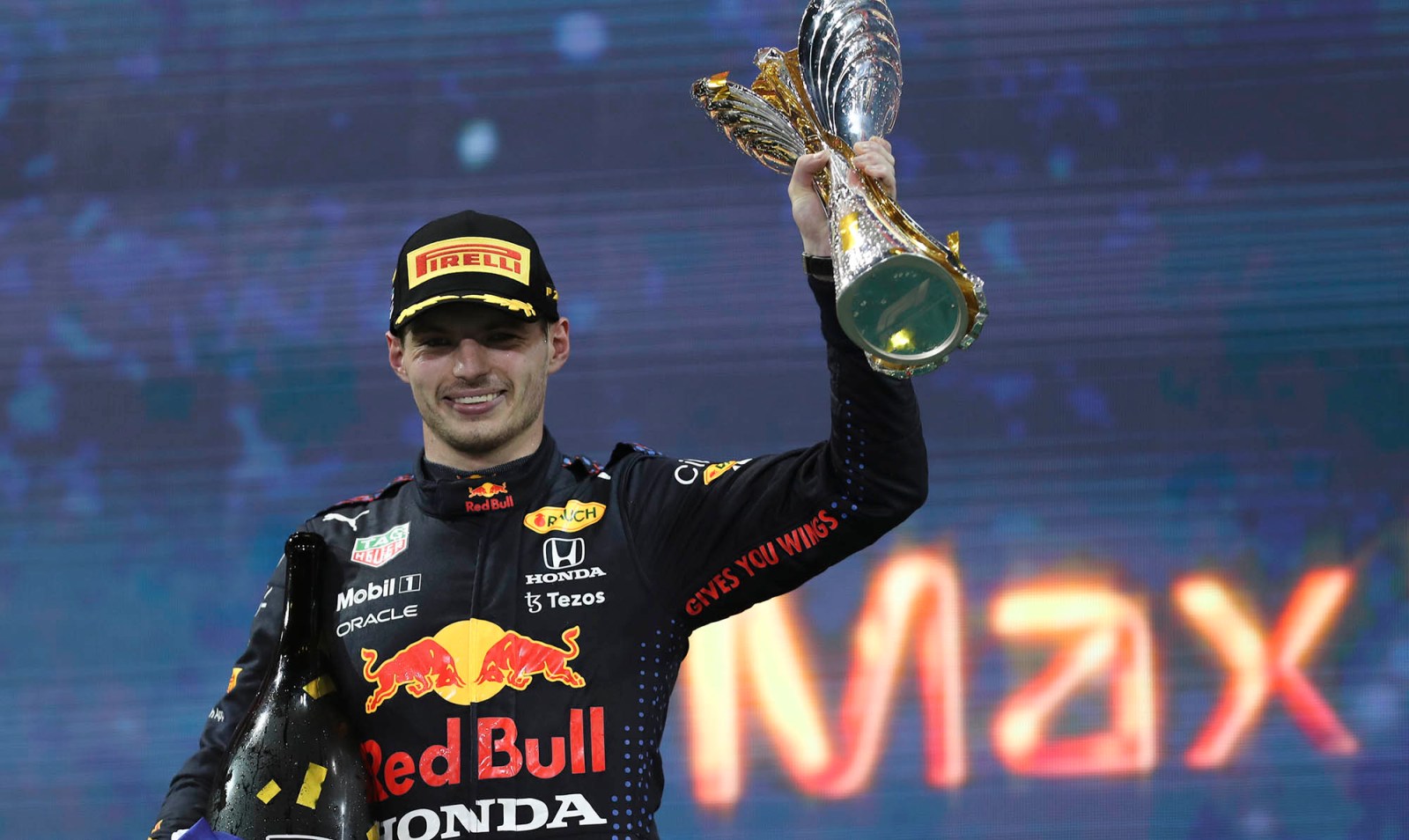 It was inevitable that the 2021 Formula One season and fight for the world title would end in controversy and high drama after 21 races of wheel-to-wheel battles between the two main protagonists.

Red Bull’s Max Verstappen became Formula One world champion for the first time by overtaking Mercedes’ Lewis Hamilton on the last lap of the last race of the season at the Yas Marina circuit on Sunday to win the Abu Dhabi Grand Prix.

The dry statistics will say Hamilton finished second and thus lost the title, while Ferrari’s Carlos Sainz finished third. Quite frankly, a Takealot delivery guy could’ve made the podium in third and no one would’ve noticed. All eyes were on the two lead characters in the drama.

Hamilton, starting in second on the grid, made the fastest start and led from the first corner to nine corners from the end. Under the circumstances, he looked set for a relatively simple win and a record eighth world title from the most riveting end to an F1 season in years.

The potential for drama was a given considering both Hamilton and Verstappen went into the Grand Prix level on 369.5 points — the first time since 1974 that there were two drivers level on points going into the last race.

That would have been dramatic in itself, but the circumstances that led to Verstappen being in striking distance of Hamilton’s Mercedes at the start of the 58th, and final, lap will go down in sporting infamy because it was decided by the rules officials and not only the drivers.

It will add to the simmering acrimony between the teams and the two drivers. This year, Verstappen finally had a car that could challenge the Mercedes and after dominating the first half of the season, Hamilton roared back with three consecutive victories before the Abu Dhabi finale.

It has been a gripping campaign with controversy and collisions between the sport’s two leading men, accented with barbs between team principals Christian Horner (Red Bull) and Toto Wolff (Mercedes).

Netflix’s immensely popular Drive to Survive documentary has made riveting viewing, but after the fireworks in Abu Dhabi, Season Four doesn’t even need a scriptwriter.

With seven laps at the Yas Marina circuit remaining, Hamilton, on much older tyres, held an 11-second advantage over Verstappen. Although the 24-year-old Dutchman was closing the gap by about half a second a lap, he simply didn’t have enough road left to overhaul the 36-year-old seven-time world champion.

Verstappen also had five slower cars to pass in his quest to hunt down Hamilton. It was a hopeless situation. Or so it seemed.

Back-marker Nicholas Latifi, in a Williams, will probably receive free Red Bulls for life if he wants. He crashed into a wall with six laps to go, bringing out the safety car and forcing a contraction of positions. For the record, Latifi was unhurt, although he might want to avoid the Mercedes garage in months to come.

That crash allowed Verstappen to close some vital seconds on the Mercedes. Red Bull also reacted quickly and brought him into the pits to put on a new set of soft tyres, understanding there might be a one-lap or two-lap shootout for the title.

But most controversially, at least from a Mercedes perspective, was that while the drivers were behind the safety car, race director Michael Masi initially instructed the lapped cars between Hamilton and Verstappen to hold their position when racing restarted.

That angered Red Bull, with team boss Horner asking: “Why are we not getting these lapped cars out of the way?” Masi responded: “Just give me a second, my main aim is to get this incident clear.”

The message was relayed to Verstappen, who replied, “Typical”, after a year where he was on the bad end of some questionable decisions a few times.

But, astonishingly, just before the safety car was called in, Masi sent out an updated message, ordering the five lapped cars to clear out of the gap between the two main protagonists, unlapping themselves by accelerating past the race leader as instructed.

It left Verstappen in the shade of Hamilton’s rear wing with one full lap of racing remaining. A winner-takes-all shootout over 5km between the old warrior and the heir apparent. If only there were a TV show about it…

This time it was Mercedes who were apoplectic. “This isn’t right, Michael,” screamed Mercedes boss Wolff at Masi over the radio. “You need to reinstate the lap.” An angry-sounding Masi replied: “Toto, it’s called a motor race.”

When racing restarted, Hamilton, with tyres nearly 44 laps old, tried in vain to hold off Verstappen in some wing-to-wing racing over the two fastest sections of the track. Hamilton has been in the best car for eight years, which sometimes detracts from what a fine competitor he is.

On inferior tyres, in a position that probably should not have happened, he pushed his machinery to the limit in an attempt to deny Verstappen. It wasn’t enough and there was no shame in that.

Verstappen’s superior tyres, based on his team’s quick thinking, gave him the “miracle” Horner had said they needed when he was interviewed with 10 laps to go. The flying Dutchman did the rest.

“Winning the title against a rival as good as Hamilton makes this more valid,” Horner said after the race.

“We were screaming at the end to let them race. It was a great strategy call to make that pit stop and take softs and then it was down to Max to make it happen.

“It is unheard of to leave the cars unlapped. They wanted to get the race going again. They absolutely made the right call. I am so proud of Max and of the team for what we have been through this year.”

“It’s insane, I’m so happy,” said Verstappen. “My goal when I was little was to become a Formula One driver, and you hope for wins, you hope to be on the podium; when they play the national anthem you hope they play yours.

“And then when they stand here and they tell you, you are the world champion, it’s just something incredible. All the things come back to your mind, all of the years travelling for that goal.”

Naturally, the incident didn’t stop there and while Verstappen popped corks and tried to take it all in, a distraught Hamilton was dignified as he said the right things and congratulated his opponent.

Hamilton, who had been heading for a fourth successive race win, the 104th of his career and an unprecedented eighth world title, thanked his team.

“We did an amazing job this year, with my team. Everyone back at the factory, all the men and women we have, and here, worked so hard this whole year,” Hamilton said.

“It’s been the most difficult of seasons and I’m so proud of them, so grateful to be a part of the journey with them. We gave it everything this last part of the season and never gave up, that’s the most important thing.”

But behind the scenes, Mercedes and Wolff were scouring the rule book and within 30 minutes lodged two protests.

One was “against the classification established at the end of the Competition, alleged breach of Article 48.12 of the 2021 FIA Formula One Sporting Regulations”.

It’s unlikely that they will succeed in overturning the outcome, but after a season of surprises and controversy, anything is still possible. DM