In fighting the gender war, we seem to forget that the real enemy is patriarchy 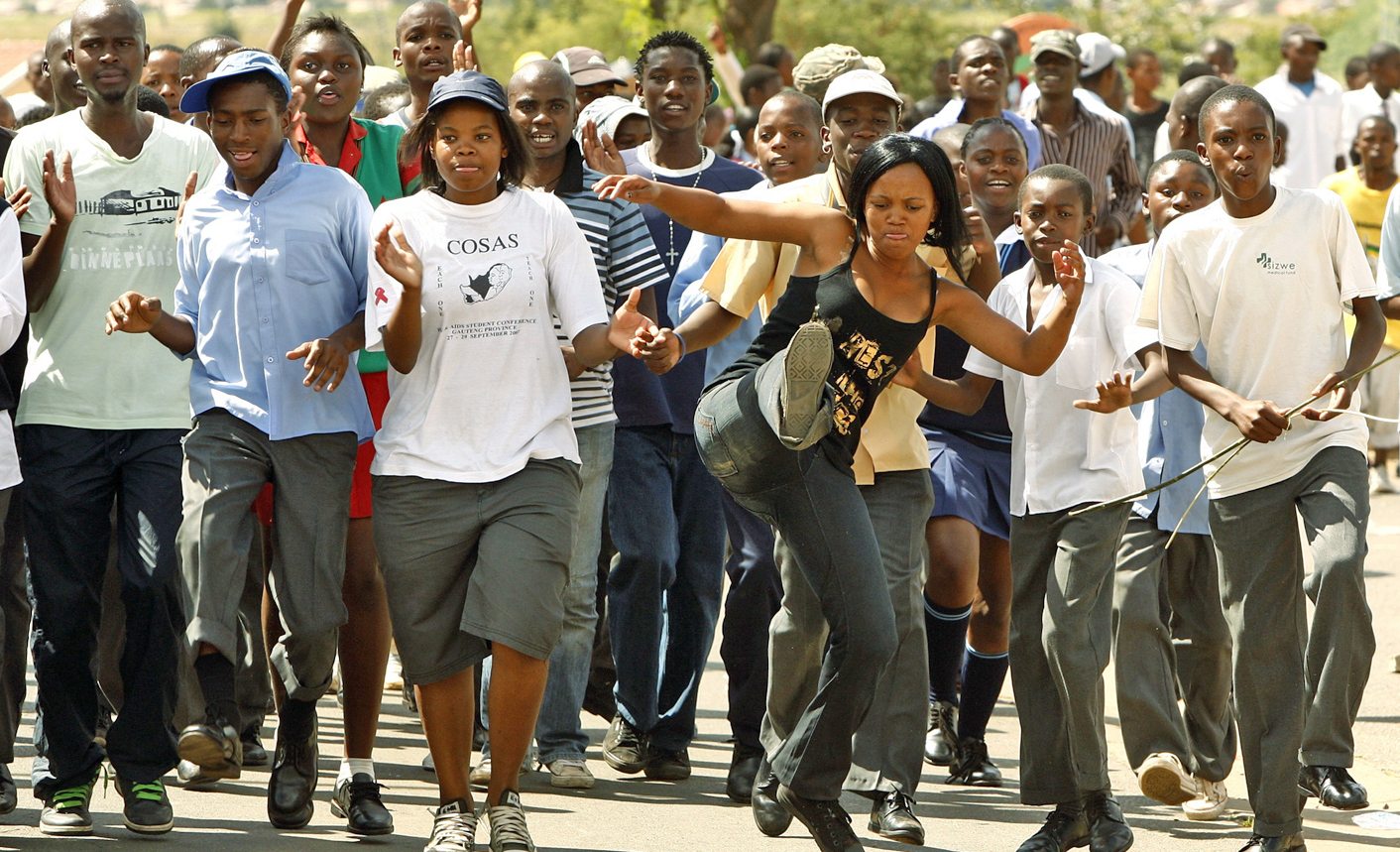 Thousands of pupils chant slogans as police look on outside the Protea Magistrates' Court in Soweto on 18 March 2010 during a protest against the granting of bail to local hip-hop artist Molemo Maarohanye, better known as 'Jub Jub’. (Photo: Reuters / Siphiwe Sibeko)

Judging by Jub Jub's latest and despicable remarks about Amanda du-Pont (which is what triggered Du-Pont to share her story of the trauma she endured in her ‘relationship' with Jub Jub), I have strong reservations about how deserving he is of the public’s grace.

So many people, including myself, shared compassionate messages of support for Du-Pont. And, as we have come to expect, there were those who dismissed Du-Pont’s story, exhibiting very worrying misogynistic mindsets in the process.

The gender war that is always bubbling under, erupted expectedly on the social media streets. On the one side, men were demonising women who speak out against sexual violence, ridiculing and minimising Du-Pont’s story and, by association, minimising all similar experiences of sexual violence.

On the other side, women were decrying the dangers of being women in the most dangerous country in the world, and tagging South African men as the worst in the world.

Maarohanye is a former convict who was sentenced to prison in 2012 for the role he played in the deaths and injuries of six young people. He has served the time and, as I have expressed elsewhere, I do believe we can earn another chance at a redeemed life and to learn from our mistakes and wrongdoings. I do not want to live in a world where we are defined by our worst mistakes.

However, judging by his latest and despicable remarks about Du-Pont (which is what triggered Du-Pont to share her story of the trauma she endured in her “relationship” with Maarohanye), I have strong reservations about how deserving Maarohanye is of the public’s grace.

The online dialogue that has ensued since Du-Pont’s story and those who have come forward to say they, too, were raped by Maarohanye, has revealed how regressive our conversations around the gender-based violence crisis are. Our dialogue is defined by, understandably, hyperbolic statements exchanged between warring factions on social media.

Yes, hyperbole can be effective in political discourse. I use it too. It is effective in conveying the severity of the circumstances we find ourselves in. It has been said that hyperbole is an appropriate exaggeration of the truth, but a sense of proportion is necessary. Hyperbolic statements such as the ones above are understandable, but they distract us from the real enemy.

Hyperbole, when unsupported by nuance, denies the complexity of our society. And denial of complexity results in a mischaracterisation of issues and produces unproductive thinking and dialogues and answers to an urgent matter.

Part of the complexity we are missing in our dialogue is that the actual enemy is patriarchy, not gender. Esteemed black feminist and academic bell hooks deems patriarchy, and not masculinity, as the culprit of this insane world we live in. This is not a gender war. It is a war against a system that oppresses not only women but also men, who falsely believe their freedom has to come at the expense of women.

None of us is free from the chokehold of patriarchy. We are all implicated. The mothers of our worst offenders are as implicated as their sons are in this system. It is this system that conditions women to seek and reward men who are unable to love. It incentivises men to be those men who define love as weakness and find power in objectifying and brutalising women.

While we fight each other on the basis of our genders, the patriarchal system only thrives. It is this system of patriarchy, says bell hooks, that deforms both sexes, indoctrinates boys into denying their feelings and creates a culture based on a dominator model. This not only produces a violent reality but frames all relationships as power struggles – as we are witnessing online and in our real lives. We will not end gender-based violence by being at war with each other – that only feeds the patriarchal system. We will end it when we all divest from patriarchy and invest in a love ethic. DM168