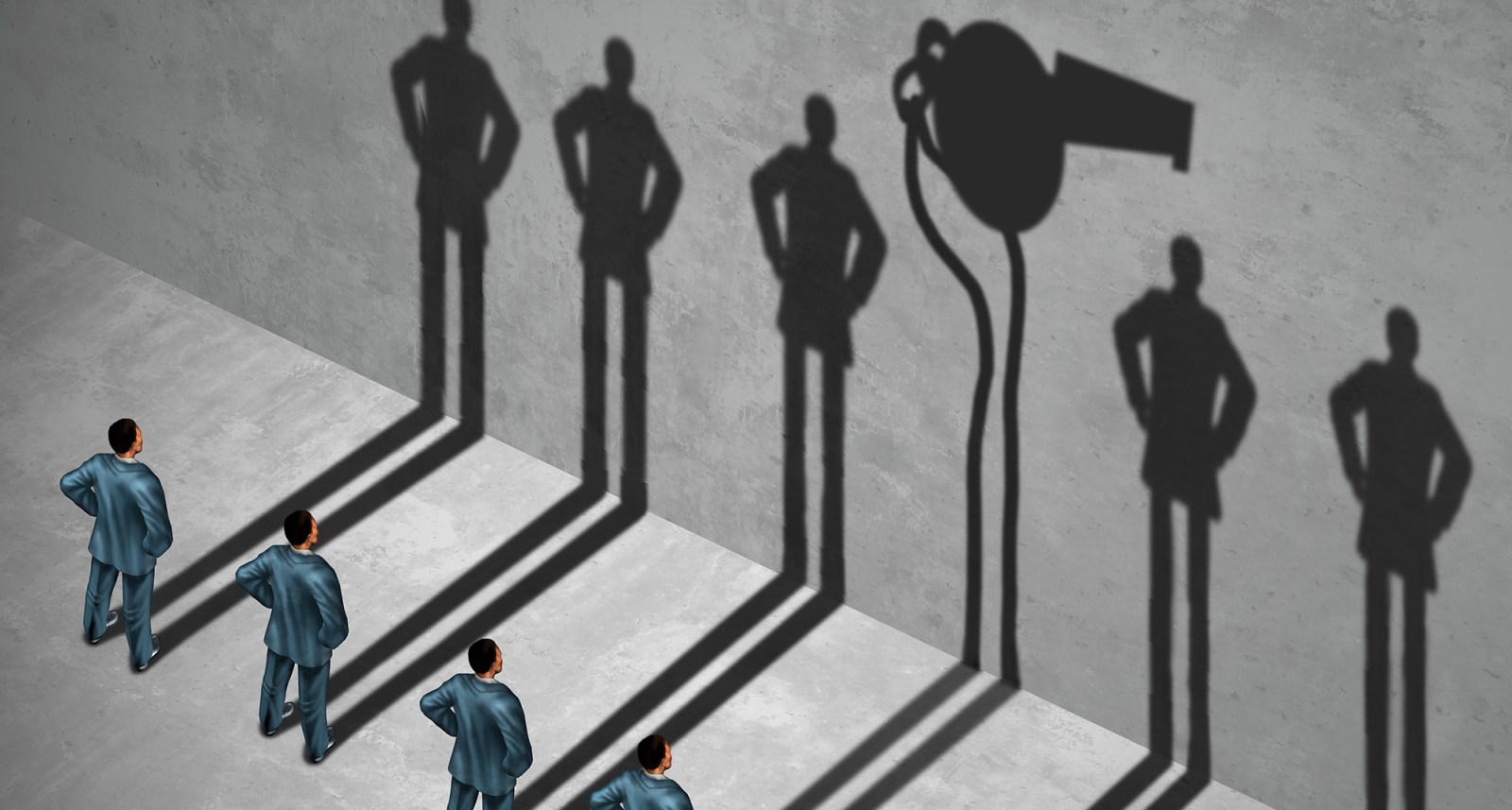 On Wednesday, 8 December 2021, BluePrint for Free Speech honoured 10 whistle-blowers for their undaunted courage in uncovering evidence of corruption, fraud and the killing of civilians. Of the 10 winners, four are from South Africa: Francois van der Westhuizen, Pieter Snyders, Babita Deokaran and Thabiso Zulu.

The winners were announced at the Blueprint for Free Speech Whistleblowing Awards in a virtual ceremony hosted by the BBC’s Razia Iqbal on 8 December. Daily Maverick attended the event.

Francois van der Westhuizen and Pieter Snyders were announced as joint winners of the UK Whistleblowing Prize. They shared their award with Paul Hopkins, who blew the whistle on British American Tobacco (BAT) activities in Kenya in 2015 that triggered a major investigation by the UK’s serious fraud office.

Van der Westhuizen, interviewed during the virtual ceremony, recalled some of the threats he and his family endured after he spoke out about his former employers, Forensic Security Services and their major client, BAT.

His home was petrol-bombed the Saturday before he testified to the South African Revenue Service in 2017: “As I was testifying in the departmental hearing they broke into a school where my wife was working and stole a cellphone and a laptop. It didn’t stop with my wife. My daughter’s car got attacked by a man on a motorbike. My son’s bicycle was stolen as he went to school… They tried to kidnap my wife, but I was able to come to her aid.”

Noting the dangers of whistle-blowing, Van der Westhuizen has called for better protections for whistle-blowers in South Africa.

“In the past year ‘whistle-blowers’ have been taken out by hit squads, shot dead in front of their children,” he said.

Babita Deokaran was gunned down on 23 August 2021 outside her home in Winchester Hills, Gauteng. Before her assassination, she assisted the Special Investigating Unit (SIU) in the probe into corruption involving R330-million worth of personal protective equipment (PPE) for the province’s healthcare workers during the Covid-19 lockdown last year. This prompted the authorities to launch a high-level investigation that linked prominent business and political figures to PPE corruption at the health department, as reported by Daily Maverick.

Deokoran was seemingly killed for being a whistle-blower and witness in the SIU investigation. Those who ordered the hit are reportedly still at large.

Deokaran was born in Phoenix, Durban, part of a family of eight children. She served at the Gauteng Department of Health as chief financial officer.

Thabiso Zulu has called out large-scale corruption in KwaZulu Natal — from the looting of municipal resources, poor service delivery, police brutality to politically motivated killings of activists by politicians. For his work as an anti-corruption campaigner and whistle-blower he has been arrested, tortured and had those close to him killed, including his friend, former ANC Youth League Secretary-General Sandiso Magaqa.

In October 2019, Zulu escaped an assassination attempt that left him hospitalised. He is unable to live a normal life due to numerous threats and has been forced into hiding, fearing for his life. However, he refuses to be silenced and has vowed to continue fighting for a corruption-free country.

Deokaran and Zulu were conferred with Special Recognition Awards for their work and the risk to their lives.

Suelette Dreyfus, executive director of Blueprint for Free Speech, said: “This year more than any other has placed the spotlight on whistle-blowers in South Africa, and the dangers that they face. The murder of Babita Deokaran, the ill-treatment of Thabiso Zulu, the assassination of his friend Sindiso Magaqa, and the departure of Athol Williams have all raised international awareness of the plight of whistle-blowers in South Africa.”

In addition to the South African whistle-blowers honoured at this year’s awards, prizes were also given to oil industry whistle-blower Jonathan Taylor (UK Whistleblowing Prize), who was trapped in Croatia for a year under threat of extradition to Monaco. Daniel Hale, a former US Air Force intelligence analyst imprisoned for releasing top-secret documents on his government’s drone programme, was awarded Blueprint’s International Whistleblowing Prize and Daniel Ellsberg, who exposed US lies about the Vietnam war, received the Lifetime Award.