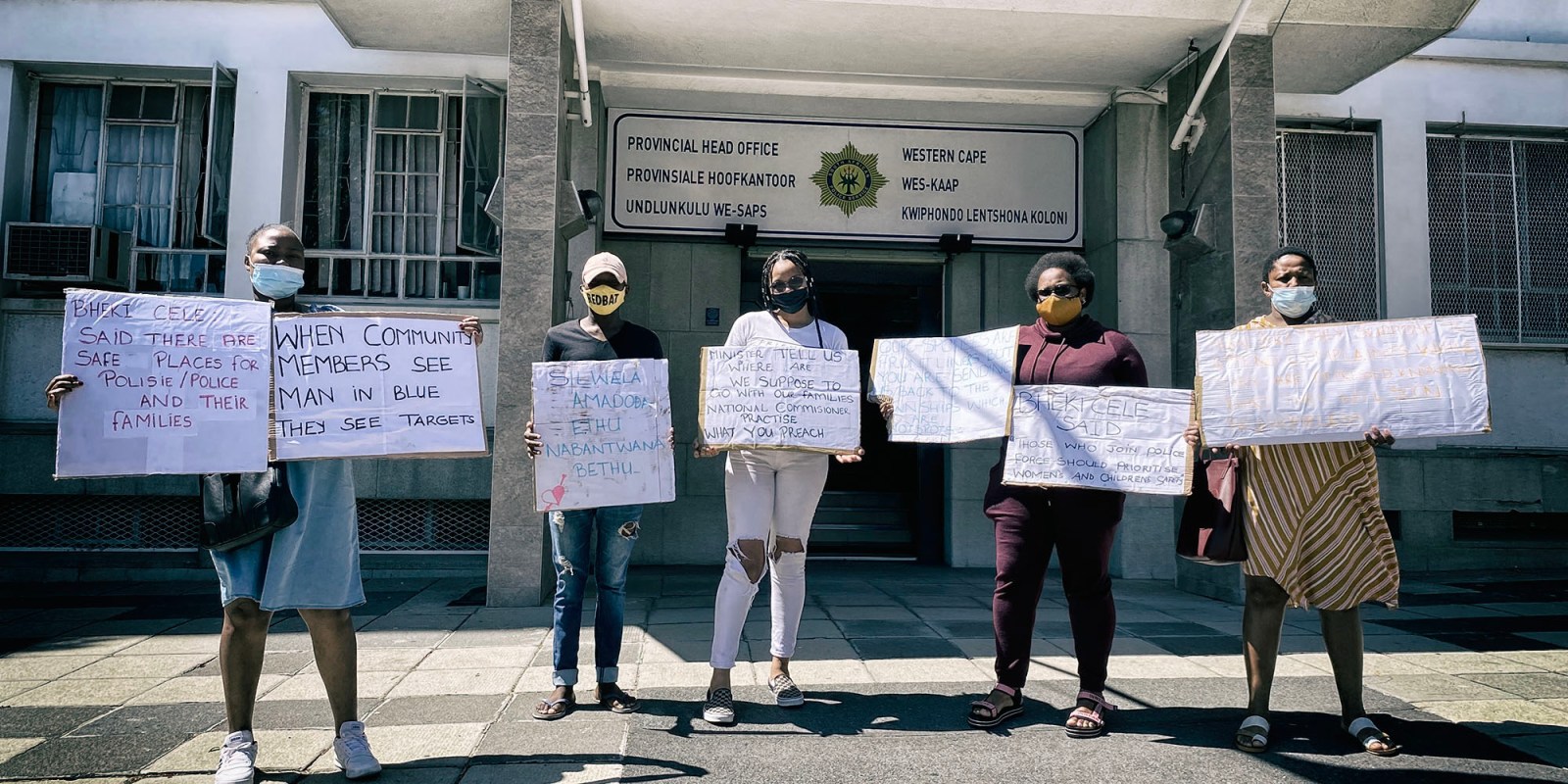 About 50 families of police officials are facing eviction in Cape Town because of the police service’s internal housing policies. Now their partners are taking up the matter.

A small group of wives of police officials picketed at the provincial South African Police Service (SAPS) in Cape Town on Thursday, calling for a halt to the planned evictions of about 50 families by year-end.

In a statement, the organisation said, “As everyone will be ushering in the new year, these police officers have been requested to vacate official housing provided by SAPS by 31 December 2021 or be subjected to an exorbitant rental increase of 1,177%.

“Those who aren’t able to pay these inflated rental amounts must urgently find alternative housing or face homelessness.”

NU said SAPS members were moved into official police housing and safe houses after threats to their lives.

“Some of the members have survived assassination attempts, while others have lost family members in coordinated attacks on their families, becoming collateral damage in the war against crime that these members fight daily under the employ of the service,” said the organisation.

The wives of the affected SAPS officials have raised questions with provincial bosses over the evictions.

Uyanda Maqwazima has stayed for four years with her husband and five children in a police rental in Kenilworth, in the southern suburbs. Her husband is a sergeant with 12 years in the police service. He worked in the Anti-Gang Unit during its formation, but was transferred to work in Cape Town’s CBD.

Maqwazima said she and her husband went looking for answers after they were served with eviction notices, but were told by police that, “Public Works is evicting you”.

“I fail to understand why [Public Works Minister] Patricia de Lille would evict the policemen that are saving South Africa, but she is willing to build houses for free for people who are not contributing to South Africa,” she said.

“What is so difficult to build houses for the police to stay [in]? We are willing to pay the bond, we are paying there, we are not living for free,” she said.

This is also affecting her children, she said. Her oldest, aged 13, is due to start high school in 2022. Maqwazima said they are unsure where her child will attend high school. Her children are “terrified” of returning to schools in townships that they once left.

“They’re going to be bullied, because they left those schools for the suburbs and now they’re back,” she said.

Maqwazima feared for the safety of the police and their families.

“If one of those members is shot dead, [Police Minister Bheki Cele] loves widows, he is so in love with them, he will take the cap and the flowers, he is so good on that. I’m giving it two months, there will be a policeman that is shot dead and I’m going to assist that widow to open a case against Bheki Cele,” she said.

Maqwazima told the group of wives, “my life was threatened; I had a gun to my head” after criminals broke into her home looking for her husband’s firearm.

Tina Mnqwazi who lives in SAPS housing in Wynberg with her policeman husband and two of their children, is also upset about the evictions. She said notifications of evictions were plastered on walls of the property where they are living, and, “ … our children can read”.

She said a gun was pointed at her and her five-month-old baby when gunmen stormed her home, looking for firearms. Her husband was not home at the time, he was on a crime analysis course, she told the picketers, who spoke to a small contingent of policemen and journalists.

SAPS Western Cape spokesman Colonel Andrè Traut said the evictions would be carried out in line with SAPS housing policy.

It was, he said, a “transparent and fair process where tenants of police accommodation are rotated on a three-year basis.

“Our members are acquainted with the policy and grievances in this regard will only be facilitated if the correct channels are followed… this is, however, an internal affair and is treated as such.”

Daily Maverick has sought comment from the Department of Public Works and Infrastructure and will add it when it is received.DM