Constitution @25: Encountering Apartheid’s Ghosts – five days to the adoption of the supreme law of the land 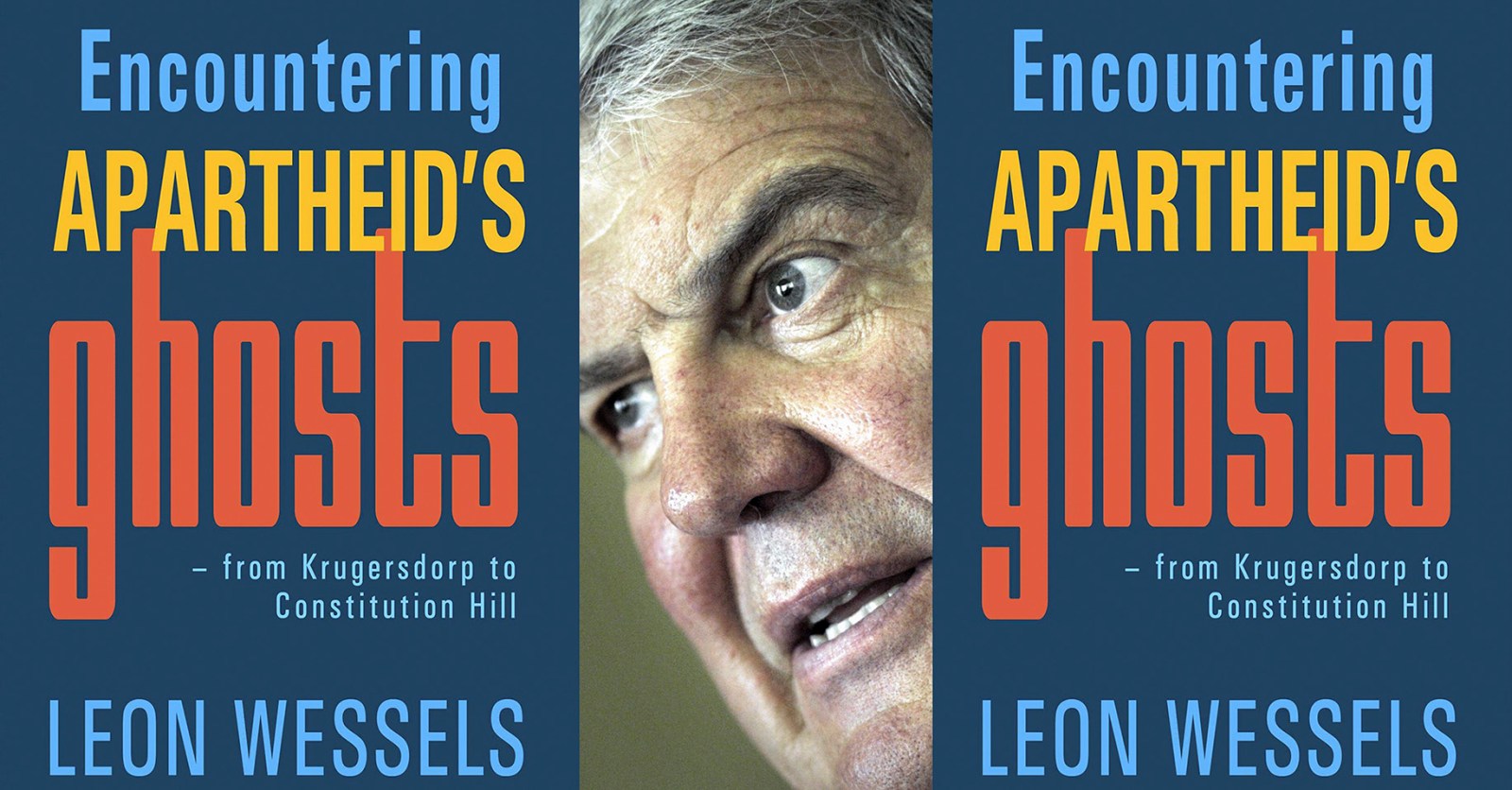 This extract from my book, ‘Encountering Apartheid’s Ghosts’ published by Naledi Publishers, chronicles the events that took place in the National Party in the five days before the adoption of the South African Constitution. At the time, I was a member of the National Party and the Deputy Chair of the Constitutional Assembly. The Assembly had been given the mandate to write the final Constitution within two years: 8 May 1996 was D-Day.

F riday, 10 December 2021, marks 25 years of our country’s Constitution. Maverick Citizen has been publishing articles throughout the week commemorating the occasion with various reflections from ordinary South Africans and civil society. The articles will culminate in a special newsletter that will go out on 10 December.

During the last NP caucus meeting on 3 May 1996 — attended by members of the Provincial Legislatures and Members of Parliament — FW de Klerk openly flirted with the idea of not voting for the Constitution. This gave the anti-Constitution camp a lot of courage.

That evening during a meeting of the Negotiating Council of the Constitutional Assembly, the NP delegates were in a belligerent mood. I was sitting next to [Cyril] Ramaphosa, listening to the aggressive debate — it sounded like a Parliamentary session and not at all like a meeting of the Negotiating Council. After André Fourie, one of the hardliners, had stated his argument about labour matters, Ramaphosa whispered to me, “I can just see he is spoiling for a fight. I am looking forward to it.”

I knew this was a fight Fourie could not win; he did not have the armoury with which to do battle with the former trade unionist.

Roelf Meyer asked for an adjournment to calm the nerves. In the small NP caucus, I cautioned against Fourie’s tone and stated that his opposition was based on precarious arguments since the settlement that had been reached in 1994 with respect to strikes and lockouts could not be cut and pasted into the 1996 negotiations; a new political wind was blowing and with his stubborn conduct he and his posse were playing into Ramaphosa’s hands. My words of caution were the fat in the fire.

Meyer, forever the peacemaker, immediately phoned FW (this was about 23h00) and asked for direction. He was still in his office and invited everyone for a drink after the Negotiating Council had concluded its business for the day. When we returned to the Council, Meyer proposed that the proceedings be suspended so that we could obtain new mandates. The NP members immediately left for FW’s office.

I had a few administrative matters to attend to and arrived at FW’s office shortly before midnight. After years in politics you can sense when there is tension in the air and that you have been the subject of a discussion.

After welcoming me, FW immediately put me on the spot. “I have been informed about the tension pertaining to some of the outstanding issues. Let’s try and resolve them.” I was prepared for this discussion.

There was a concerted effort from the hardliners to undermine anything that would culminate in a settlement with the ANC. They were upset because there was no permanent power-sharing model such as the Government of National Unity built into the Constitution; they had also hoped for a model with stronger devolution of power — federal elements — placed in the hands of the provinces.

I was calm but very determined. I started by relating something I had read recently about our history. During the Anglo-Boer War, the Afrikaner women would listen to the sound of the horses’ hoofs when their men returned from battle and immediately knew whether they had won or lost the war. When I listened to my colleagues, they sounded like losers. I said that regardless of the outcome of these outstanding matters, I believed that we have achieved enough and I therefore intended to vote in favour of the Constitution on Wednesday 8 May. I did not even respond to the merits of the controversy regarding the right to strike and the lockout of workers by the employers.

I stated my case cautiously and very diplomatically — definitely not as an ultimatum. There was no debate following my comments. Shortly afterwards we adjourned.

As I said my farewells, Meyer was standing next to FW and whispered. “I want to talk to you urgently; please wait for me.”

We were hungry and decided to have something to eat. Abré Hanekom from the NP support staff and professor Rassie Malherbe, a technical advisor who also attended the late-night session with De Klerk, joined us to continue the discussion.

Meyer informed us that after the meeting he spoke to De Klerk privately and told him that he was also planning to vote in favour of the Constitution regardless of the further outcome of the sticky points. We had achieved sufficient victories during the negotiations and had everything to lose should we cast a negative vote. He did not want to embarrass FW during the meeting and had come to inform him in private. FW looked stunned and surprised.

This was great news to me. I was no longer piloting a solo flight. The adrenaline was rushing as we debated this matter. At 5 o’clock we ordered bacon and eggs.

Meyer asked Malherbe to draft a document in which we highlighted all the negotiating gains and from a process point of view, what we stood to lose if we voted “No” on Wednesday. This document had to reach De Klerk before Meyer and Ramaphosa joined De Klerk and Mandela for the final round of negotiations.

The 8-page Malherbe document entitled “Why the National Party has to vote for the Constitution” made it clear that we would lose all our hard-fought gains if we did not vote “Yes”.

This document, together with other concessions made by the ANC, made it possible for FW to convince the caucus to vote for the Constitution. A number of members on the NP benches found it difficult to hide their displeasure but they voted in favour, nonetheless. And they remained seated — they did not have the courage to organise a revolt or to protest and walk out. It did not preclude them from continuing with gossip campaigns. It also did not stop them from telling anyone who wanted to listen about their displeasure with the Constitution.

I was asked to chair the final proceedings of the Constitutional Assembly. I was over the moon when the Constitution was accepted. There was no stopping Ramaphosa. He jumped up and sang with the cheerful ANC members.

I also wanted to jump for joy. I took one look at the NP benches and saw the glum faces. They did not resemble a group that was part of the process that yielded this result. They disowned their own work. I decided not to embarrass FW by joining the singing and the dancing. I sat tight-lipped. I was relieved that I would part ways with this disgruntled lot. I was sick and tired of politics where you were not judged on the merit of your argument but by who supported you. DM/MC

For additional information on the story of the writing of the Constitution, please go to: https://ourconstitution.constitutionhill.org.za/south-african-constitution/writing-one-law-for-one-nation

Leon Wessels is a lawyer, politician, activist and trustee of the Constitution Hill Trust.