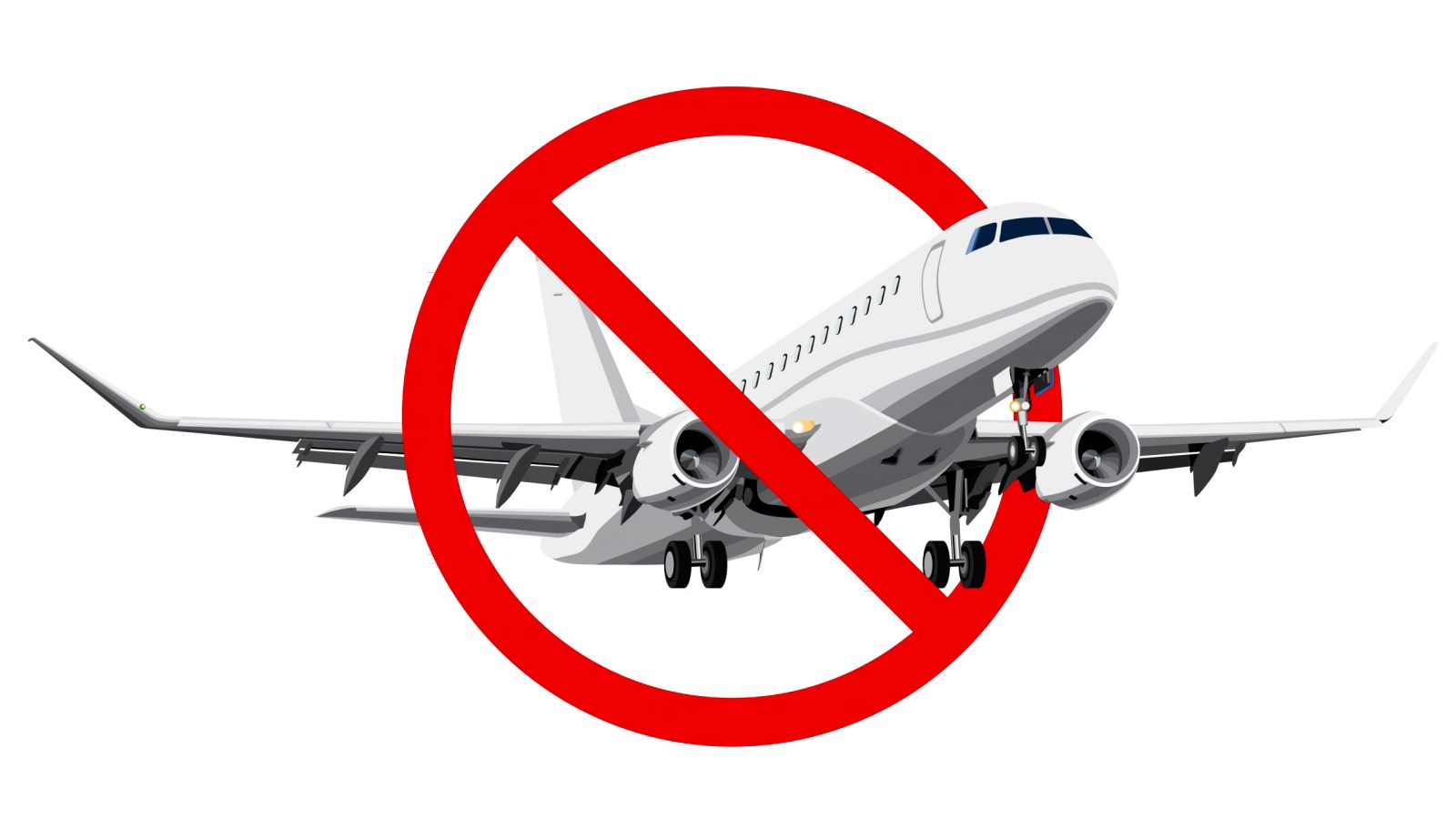 Despite the South African government, scientists and international bodies such as the World Health Organization expressing their outrage about the selective travel restrictions, labelling them racist, unscientific and counterproductive, not a single high-income country has reversed their bans. (Photo: ipwatchdog.com / Wikipedia)

Wealthy nations were quick to ban southern African nations from entering their borders when the Omicron variant of Covid-19 was identified — but not against each other. Unfortunately, this type of discrimination is nothing new.

Last week, on a late afternoon, panic consumed Tulio de Oliveira, who led the team of South African scientists that identified the new Omicron Covid variant in the county two weeks ago.

He was rapidly running out of reagents, the chemicals needed to sequence genomes of positive test results to identify new cases of the variant.

South Africa’s new SARS-CoV-2 infections had almost doubled from the previous day (they have since increased 15-fold) and the number of positive test results to analyse were increasing at speed.

But two days after the announcement of his team’s results, De Oliveira’s means of importing the chemicals which he needed to help his country keep track of the Omicron variant had been blocked by the nations who stock them.

Because of several Western governments’ travel bans imposed on southern African countries — out of fear that they would bring a new variant into their countries that was in all likelihood already there — the planes that delivered De Oliveira’s essential products became rare.

The bioinformatician’s team was providing the world with crucial genomic surveillance data, but their hands had now been chopped off. Developed countries had punished them for their ability to identify the new variant exceptionally fast and their government’s willingness — and courage — to almost instantly share the data with the world.

Wealthy nations such as the US, the UK, France, Canada, the Netherlands, Belgium, Norway and numerous others, where Omicron has since been identified (in some cases with no links to Africa) didn’t implement travel restrictions against one another; only Africa faces that burden.

And despite the SA government, scientists and international bodies such as the World Health Organization expressing their outrage about the selective restrictions, labelling them racist, unscientific and counterproductive, not a single high-income country has reversed their bans.

Instead, to the absolute amazement of SA scientists, governments such as Canada have implied that they don’t trust our Covid tests. Unless they have exemption, the Canadian government announced, citizens who are stuck in South Africa and want to travel back to their country, have to obtain “a pre-departure negative Covid-19 molecular test result in a third country [read: not SA]”.

Ironically, South Africa has one of the best developed networks for molecular or PCR testing in the world — in all likelihood better than that of Canada — because the same technique is used for HIV viral load testing for which the country, over the past two decades, has developed an exceptionally well-established infrastructure because of its high HIV burden. At the beginning of the Covid pandemic, South Africa was therefore able to start with Covid testing much quicker than many other countries.

Across the Atlantic, France revealed its own set of rules: Only French and EU residents, diplomats and flight crews are allowed to disembark on French soil if a plane passed through a southern African country; regardless of whether those people were exposed to potentially infected people in those countries or not; if they have the correct passport, they can disembark.

Absurdly, sequencing data from South Africa, published in the journal Nature, shows that Europe was responsible for more than 80% of the early introductions of SARS-CoV-2 infections in South Africa. And although most flights, regardless of which country, were put on hold around the world, including in South Africa, Europe didn’t face any selective restrictions from our government.

Alas, the type of apartheid that countries such as Canada and France propagate has led to dangerous levels of racialisation and stigmatisation.

Dangerous, because decades of literature on infectious diseases have repeatedly found that discrimination leads to inequity and inequity drives the spread of disease. Why? Because stigma and discrimination result in reduced uptake of diagnostics such as Covid testing, and prevention methods like vaccines and available treatments. In the case of Covid, that means the increased likelihood that more variants will emerge, which will inevitably spread across the world and could potentially outsmart the protection that previous infection and vaccines offer us against getting infected, falling seriously ill or dying of the disease.

BBC World last week, for instance, referred to Omicron as the “southern African variant” in live broadcasts, the German newspaper Die Rheinpfalz introduced the variant as “Das Virus Aus Afrika ist bei uns” (The virus from Africa is with us) and the Spanish publication, Tribuna Albaceta, on 28 November published a cartoon of a “South African” boat named Omicron filled with black Africans depicted as viruses, approaching the European shore.

The most recent epidemic that demonstrates the consequences of such stigmatisation powerfully is HIV, where the five population groups — sex workers, people who inject drugs, gay men and other men who have sex with men, transgender people and prisoners — with the highest HIV infection rates are also those who are most stigmatised and with the lowest levels of access to health services.

A recent Lancet editorial puts it well: “The success of the HIV response [and other infectious diseases] is predicated on equality — not only equality in access to prevention, care, and treatment… but also equality under the law.”

But the inequity — whether it’s the unfair distribution of vaccines, the (non) sharing of intellectual property rights and know-how of vaccine manufacturing or who’s considered “clean” enough to enter a country — that has dominated the Covid pandemic, leaves us far off the equity track.

Developed country privilege, University of Cape Town demography professor Tom Moultrie tweets, continues to marginalise the Global South… not just with obvious endeavours such as travel bans and unequal access to vaccines, but also with how prominent, well-funded scientists from the Global North “perpetuate systems of power, extraction, neocolonialism and marginalisation between the North and South”.

Moultrie uses a Twitter thread of a prominent US epidemiologist on the spread of the Omicron variant in South Africa as an example. The series of tweets, in Moultrie’s opinion, fed unnecessary panic and hysteria; they raised alarm about the increase in Covid hospitalisations in South Africa without context and with misinterpretations of Gauteng data.

“[He] offered a hot-take on the current South African situation, drawing on screen-grabs from pressers; and reports published by the National Institute for Communicable Diseases,” Moultrie writes. But he “did not reach out to South African scientists in prepping his thread. Instead, he elected to systematically ignore the knowledge on the ground, arrogantly certain of his correctness and ability to comprehend the data.”

Moultrie asks, “In what way are his actions different from the decried practice of parachute-research in developing countries, where the careers and reputations of scholars from the North are built off the backs of scholars and communities in the South?”

Prejudice against Africa did not, of course, start with Omicron, or with Covid. The power balances and discrimination that the mirror of Covid has exposed have been there for centuries, in the form of colonisation and the consequences thereof that have divided the world so cruelly into haves and have-nots.

In 2001, when HIV was ravaging Africa, but countries from the continent couldn’t afford to buy the lifesaving antiretroviral drugs (ARVs) that the Western world had been using for more than a decade, the then chief of the US government’s Agency for International Development justified the agency’s opposition to funding ARVs for HIV-positive Africans by arguing that they wouldn’t be able to adhere to the treatment, which had to be taken at the same time each day, because they didn’t “know what watches and clocks are”.

Within a few years after Africans had started to use ARVs, mostly funded by aid including that provided by the US government, studies proved that Africans were in fact better than North Americans at adhering to their treatment.

Had the US government acted on the prejudice of its aid agency chief, Africa would not only have forgone one of the most effective chronic treatments in the world, but would also have missed out on the preventive benefit of ARVs, which if used correctly reduce the amount of HIV in someone’s body to such low levels that it makes it scientifically impossible for them to transmit the virus to someone else.

Late access to treatment and punitive measures such as travel bans fuel inequality and do the opposite of what scientists, including those in developed nations, say will end the pandemic: access to vaccines and equal treatment for all.

Inequality blocks progress and unless we start to look at one another as human beings with equal rights and worth, the North consciously changes its behaviour and the South asserts its rights, we won’t contain Covid, or any of the pandemics that await us.

Trying to apportion blame for a new variant that could literally have emerged anywhere in the world isn’t going to take us anywhere good. The Canadian-based epidemiologist Madhu Pai encapsulates it aptly: “It’s humans against a viral pandemic. Not humans against humans. Stop racialising variants.” DM/MC