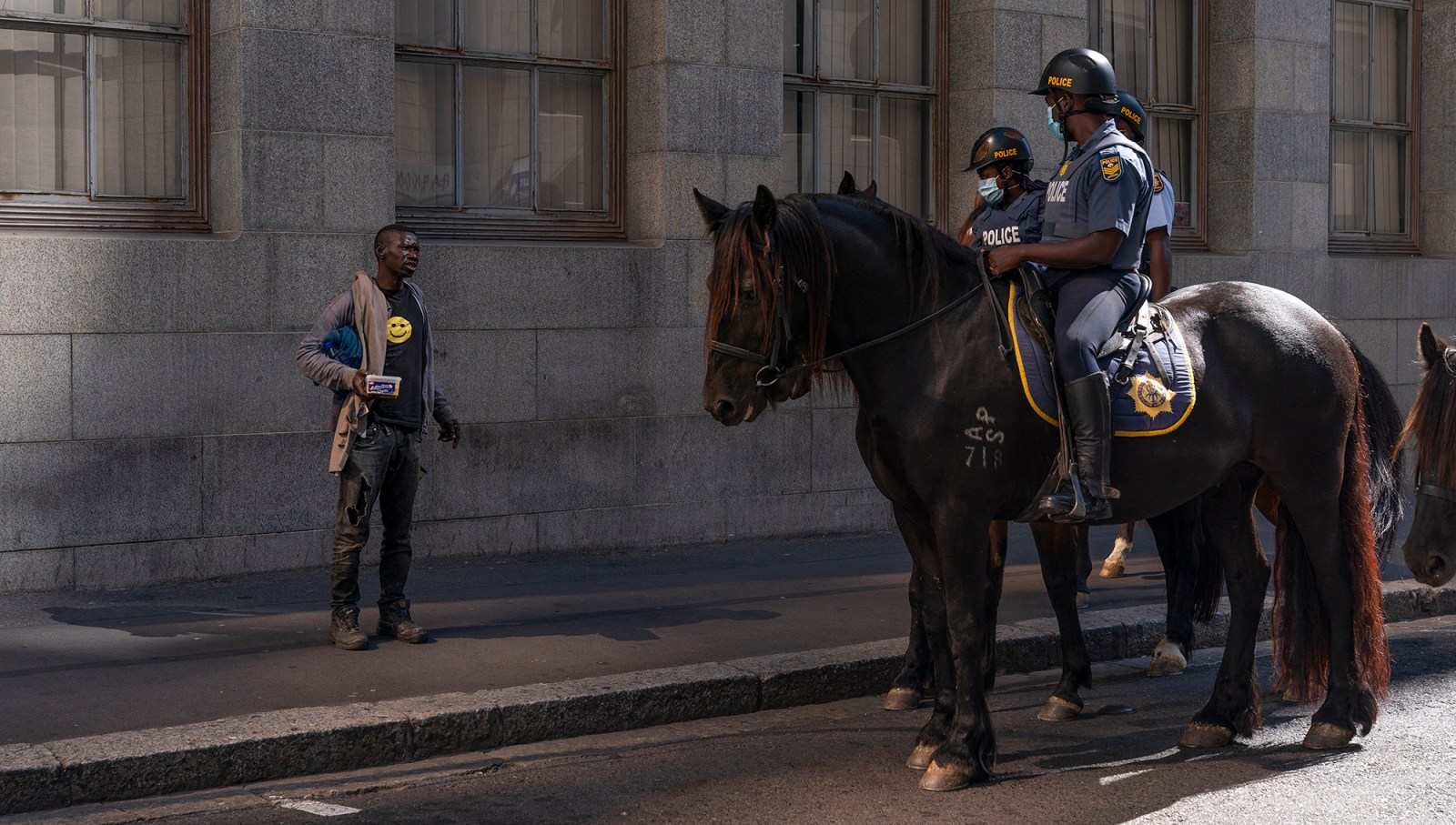 Crime response measures that are exclusively informed and driven by law enforcement do not serve as the basis for effective and sustainable solutions. The use of criminal law standards to penalise the homeless is an expensive and ineffective approach to the challenge.

In recent years, the City of Cape Town’s deliberate decision to fine the homeless has generated outrage and legal action against the City, and mobilised public opinion behind the right of the poor to be treated with dignity and respect. South Africans from all walks of life have rightly questioned the rationale behind this approach to the challenge of homelessness, which many understand to be a symptom of our history of deep inequality and social-economic marginalisation.

In November 2021, when the City’s Safety and Security Directorate submitted its Metropolitan Police Department’s annual plan to the Western Cape Provincial Legislature, the metro policing director offered an important insight into the decision to fine the poor and homeless, when he reported that “in terms of our proactive crime prevention methodologies, the Cape Town Metropolitan Police places substantial emphasis on the broken window approach, thereby striving to progressively limit more serious crimes”.

Originally developed in 1982 by American scholars George L Kelling and James Q Wilson, the “broken windows” theory, and its application as a crime prevention policy is problematic and has been the subject of increasing criticism. Among the specific criticisms levelled against its application is that it leads to both racial and class bias. Given our long and unique history of exclusion and systemic discrimination, these concerns reinforce existing calls to ensure all state-sanctioned legal and policy interventions within the three spheres of government, are consistent, and harmonised, with international standards.

While it might be important to identify and respond to the “broken window” to strengthen public safety and security, in many cases, response measures that are exclusively informed and driven by law enforcement do not serve as the basis for effective and sustainable solutions. This is particularly so if alternative measures to criminalisation are, in the absence of effective social development support and assistance, potentially beyond the power of individuals against whom enforcement measures are frequent.

The same can be said where the offending behaviours, including conduct in which the homeless and other socially vulnerable persons engage for survival, require interventions beyond only law enforcement. Indeed, the challenges that are inherent in the practice of criminalising homelessness — including constitutional and human rights concerns — and the use of policing measures to address social-economic challenges, have already been highlighted by continental human rights organs. This includes the African Court on Human and Peoples’ Rights which recently underlined the discriminatory nature and impact of some of the offences that are being used as part of the broken windows approach and declared them against protections and safeguards embodied in the African regional human rights instruments.

Although in the recent past we have witnessed increased incidents of the penalisation and issuance of fines to the homeless and urban poor, the idea of enforcing petty offences is not of recent origin.

Many will recall the establishment, and launch in December 2004 by the then Minister of Justice and Constitutional Development of three Western Cape Community Courts which were instituted to address petty offences, and potentially reduce the occurrence of serious crimes in the long term. Impact evaluation reports, conducted by stakeholders in 2005, established that most offenders processed through the Cape Town court were poor homeless persons, mainly due to the absence of effective diversion options and merely because the offences in question served to, in effect, criminalise poverty.

It is deeply concerning that the City has not learnt from this experience and developed a rights-affirming alternative framework to criminalisation.

Significantly, there is no known data-driven research project in the country that has substantively established the existence of any linkages between urban poverty and homelessness, on the one hand, and enhanced levels of crime and violence on the other. Existing evidence from other jurisdictions including in the US, which is equally characterised by high levels of poverty and systemic inequality, suggest that the use of criminal law standards to penalise the homeless is an expensive and ineffective approach to the challenge.

For instance, a study conducted to assess the cost of homelessness in Central Florida found that diverting public resources to law enforcement and the use of policing solutions to address homelessness cost taxpayers substantially more than the provision of alternative measures, including affordable housing.

It is clear that the enforcement of plans and policies that have the effect of penalising poverty and homelessness is producing undesired outcomes and impacts and is inconsistent with the free and full exercise of fundamental human rights and freedoms. To understand and respond to the challenge in an integrated, coordinated manner, there is no need for duty bearers to “reinvent the wheel”, as the foundational basis for the development and implementation of rights-based alternatives to criminalisation is contained in our existing laws and policies. What is required is investment in their implementation.

There is no doubt that heightened incidents of violent crime — and diminished levels of public safety — have generated broad and justifiable concerns. However, preventive and response mechanisms to behaviours driven by poverty that are largely reliant on law enforcement are ineffective and unsustainable. They not only ignore the underlying structural and systemic conditions that promote poverty and homelessness, but also lack some of the basic elements of effective crime prevention efforts, which includes prevention through the implementation of measures and strategies that address the drivers of crime and violence.

The role and obligation of local governments to provide community safety from a developmental perspective, including the obligation to identify and address the social determinants of poverty and homelessness within the framework of social justice and human rights, is set out in existing policy instruments, which include the 2016 White Paper on Safety and Security and the National Development Plan 2030, and has been enabled through legislative enactments such as the Municipal Systems Act.

Only once local governments fully embrace this development and safety planning mandate can we begin to sustainably address the underlying conditions that cause people to occupy public spaces, and the structural challenges of inequality and exclusion, and truly build safe spaces for all. DM