A homeless persons’ view of the Constitution: ‘We d...

A homeless persons’ view of the Constitution: ‘We don’t eat the national anthem — we need services’ 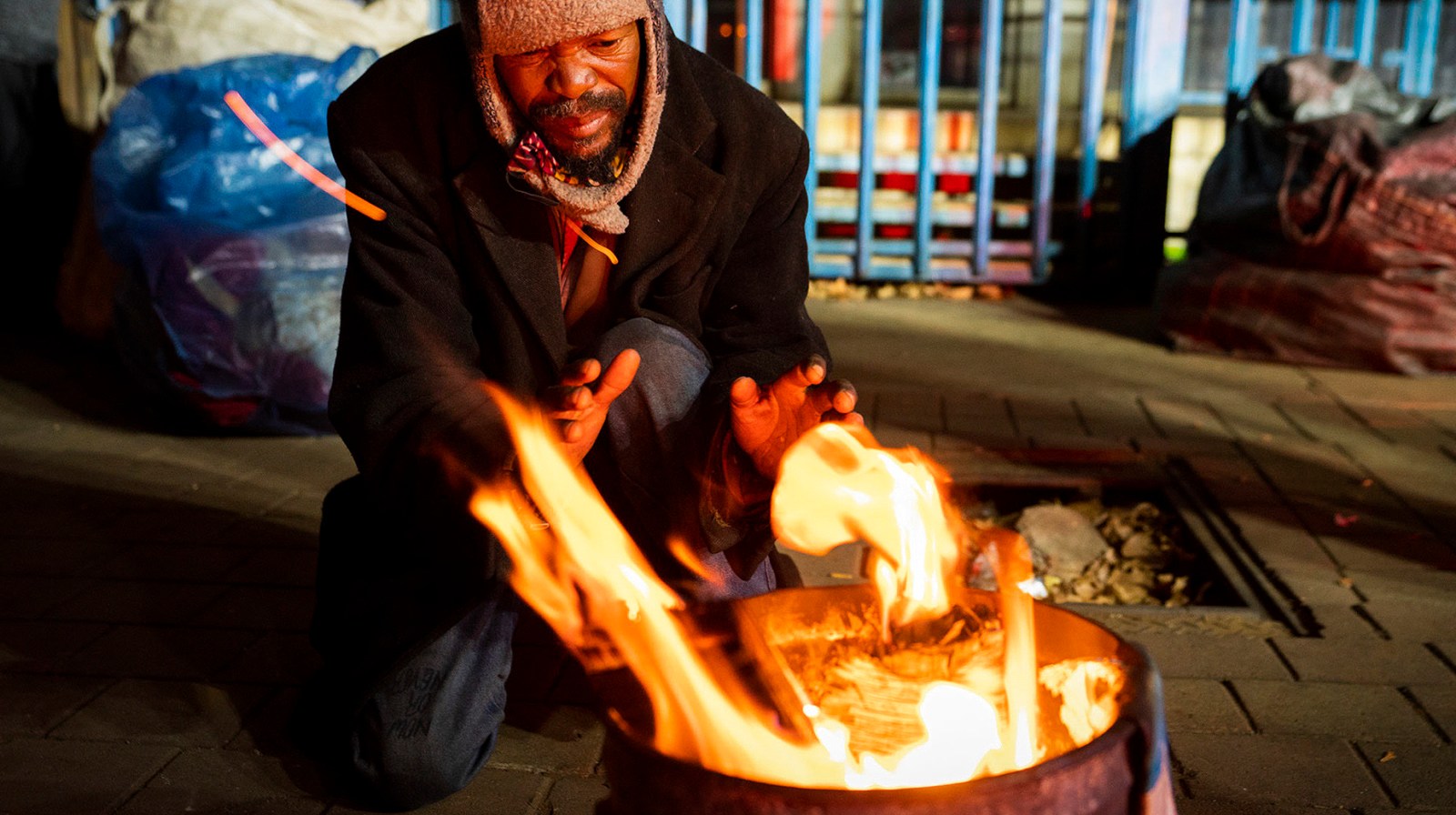 It is an irony that while homeless people can be very visible, their voices are at the same time un-heard. (Photo: Shiraaz Mohamed)

Friday, 10 December 2021, marks 25 years of our country’s Constitution. Maverick Citizen will publish articles throughout the week commemorating the occasion with various reflections from ordinary South Africans and civil society. The articles will culminate in a special newsletter that will go out on 10 December.

I was a street kid at the age of 12. Me, my friends and other homeless people lived a life of being “jagged” (chased) by police and other law enforcement. We were called criminals, robbers, killers and hijackers. In 1994 in South Africa we had our first democratic vote.

After that, we had the Constitution.

Today it’s 2021. When I go back to the streets, nothing has changed. It feels like the Constitution is not helping at all. Even today the police don’t protect the homeless. When they arrest homeless people, they don’t read them their rights, they just say “go in the car”.

According to the Constitution, everyone has an inherent right to have their dignity respected and protected. But this is not helping. Metro police don’t respect us as the homeless. If they find you sleeping under your plastic or under the box they just come and kick that box away. They don’t care if you’re naked or you’re still sleeping. They just humiliate you in public and call you names like “tsotsi” and “criminal”.

The people who know the law have to love and protect us. But they don’t do that.

On 28 November I met Bongiwe. She’s 28 years old and from Mpumalanga. She came to look for work in Johannesburg but she had no luck. She ended up sleeping in a collapsing building in town. She told me she’s been arrested more than five times. She’s been kept in prison cells for more than 48 hours. She says there will be no trial or any apologies. The police will just say “go home, don’t ask questions or you want us to take you back to prison”.

It shows that the homeless are treated like rubbish bags that you can throw away.

There are thousands of homeless people living in the streets. Women and children freezing to death. Families are sleeping rough and there is no privacy. Kids are sleeping like animals. They lose their valuable documents, like ID documents, because they don’t have a house.

But our government, it’s always preaching a gospel. “Everyone has the right to have access to adequate housing.” Why can’t our government officials come to the street? Ask us how they can help us to benefit from the Constitution?” Why don’t they give the houses to the needy people?

When you go to look for work they ask you for a home address. If you don’t have it they don’t give you work because you can’t pay tax; tax documents need an address. There is corruption in selling RDP houses, whilst someone’s family is sleeping in the rain.

Now we are in the pandemic hell. People are getting a R350 grant. But there are people who can’t access it because they have no ID. Nobody comes to them to ask “do you access the grant? Can we make an ID document to help you to access the grant?”

Remember, I’m not a hobo, I’m homeless. That R350 will help me to buy washing powder to look clean. Food parcels go to the people that don’t need them.

In the winter of 2016, I was in town. There were people who were giving blankets to the homeless people. After some time they told the people that the blankets were finished. There were five people left that didn’t have blankets.

The officials said the blankets are finished. I went closer to their truck. When I looked in the truck I saw lots of them. I asked the lady “why don’t you give the blankets to the people? Because I can see there are some left and they need them. The lady says “ezethu lezingubo ngeke sidlale labos’khotheni” (these blankets are ours, we won’t be played by these hobos).

It shows no one cares about us homeless. When I looked into those eyes of the homeless people I saw a pain that I can’t explain.

I ask myself why we don’t benefit from the wealth of this country as the homeless?

“Every child has the right to basic nutrition, shelter, basic health care services and social services”, says the Constitution. A right to be protected from exploitation. But who is protecting those homeless kids who are standing by the robots every day that are asking for food and money?

Some of these kids are sitting with their mothers. Are you telling me the government officials don’t know what is happening in town? Who is going to protect these kids, if the social development agency is ignoring them? Or turning a blind eye to them? These are the children of the soil they need to be taken care of. They have nowhere to go; the Constitution says they need to be protected. They are homeless and they deserve to be saved.

Those homeless kids are humiliated every single day by the drivers. We need concerned public workers. Someone who will go and ask “why are you not at school? Where are your parents? Did you eat today? Is your shelter safe? Please take me to where you are living.”

Government officials are driving government cars all over town. They see the situation. They must get out of their offices and do the work that they are getting paid for.

As the homeless, we have a right to have a share in the wealth of our country.

Homeless people are far from benefiting from the Constitution of this broken country. I don’t know if there is a budget for the homeless. But there is someone eating it because our country survives under corrupt hands. Every time in their speeches they say they will fight poverty. But there is no change. We are living in an empty promises country.

The Constitution works for some people out there. But for us homeless people, we still live a hopeless and hungry life we don’t know till when.

Stop burning our tents and our belongings. Talk to us and ask us how you can help us to benefit from the Constitution. We don’t eat the national anthem. We need services. People are still eating from the rubbish bins in this democratic country. DM/MC